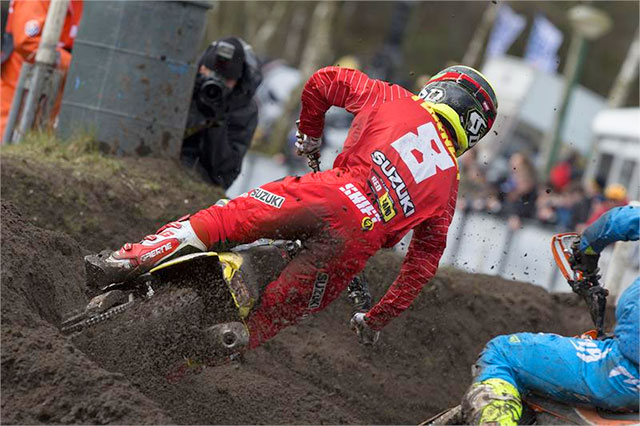 The former World Champion went to Holland and made the short trip across the border from the team‰Ûªs workshop in Lommel suffering the after-effects of a virus that left him drained and lethargic.

The New Zealander could barely throw a leg over his bike on Sunday and persevered to a creditable 14th in the first moto. After consulting the team during the short break, ‰Û÷BT‰Ûª attempted the second race but pulled off the track at mid-distance without the strength to continue.

‰ÛÏJust to give my best today was the plan,"Townley explained.

"The illness side had gone but energy side from being in bed for four days was on the empty mark.

" The little I had in the tank I used up today. It was a shame but I have never experienced anything like it. I couldn't feel my muscles and was just absolutely ruined; I feel like I have run two marathons today! Overall it was bad timing; this thing struck me on Tuesday and I was still in bed on Saturday morning. I know I will get over this in the next few days and will have to think about Argentina.‰Û