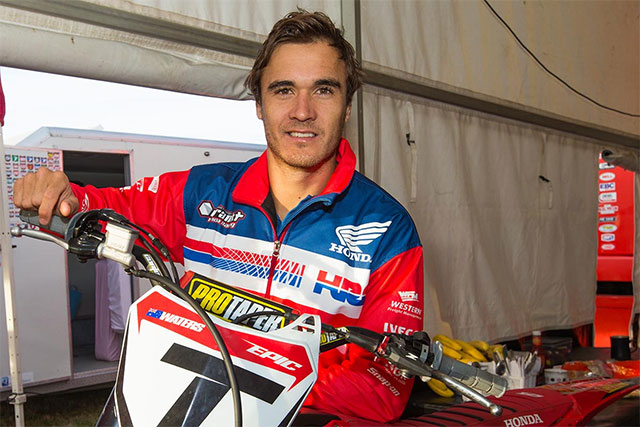 Australian Todd Waters has been knocked down by illness at the final round of the 2017 New Zealand Motocross Championships but has still managed to finish the championship in 5th Overall.

Waters succumbed to suspected food position following the practice sessions at the Taupo Round.

Waters tried to race in Moto 1 but had to pull out of the race with no energy, opting for a safer exit rather than the possibility of injury.

The Crankt Protien Honda Racing rider decided to preserve himself for the Australian MX Nationals, which will start this coming weekend in Victoria.

‰ÛÏI tried to ride on Saturday but just had no energy and hadn‰Ûªt been able to eat anything so we just pulled out so i could preserve myself for the upcoming MX Nationals,"Waters said. "It wasn‰Ûªt a good round for us but in the big picture we are shooting for the Australian championship so if that means choosing health over a smaller race then that‰Ûªs what we did.‰Û