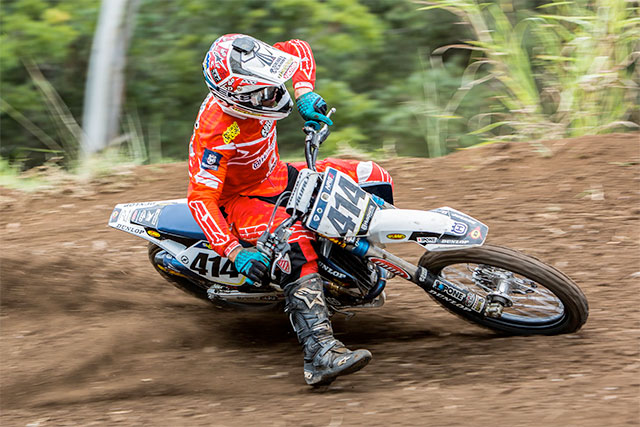 A trio of Husqvarna Australia's factory support riders is satisfied that their physical and developmental preparation is in good shape, less than a month out from the start of this year‰Ûªs Motul MX Nationals at Horsham.

The opportunity to test the waters came at last weekend‰Ûªs KTM Conondale Cup - at which Husqvarna was a major sponsor - which attracted many of the sport's biggest names for a useful shakedown and chance to size up the opposition.

"We‰Ûªre four weeks back on the bike now, I went away to Caleb Ward‰Ûªs and stayed with him for three weeks and got some really good ride time in," Dobson explained.

"All we did was rode and trained and the fitness came back pretty quick. My knee‰Ûªs really strong now after the ACL and getting my meniscus repaired, it‰Ûªs really good. We are only a few weeks out from round one now and I think after the weekend we are right there in the mix. I‰Ûªm really happy with that. I wasn't happy with fifth-fifth for sixth overall. I don't want that, I want to be at the front pushing for podiums. I just want to race.

"We‰Ûªre racing the stock 2016 FC450 and we‰Ûªre ripping awesome starts and it's right in the mix with some of the fastest bikes on the track that have had thousands poured into their engines. And mine you can buy off the shelf. I‰Ûªm pretty pumped with that," he concluded.

Dobson is the sole Husqvarna factory support representative in MX1 at present. 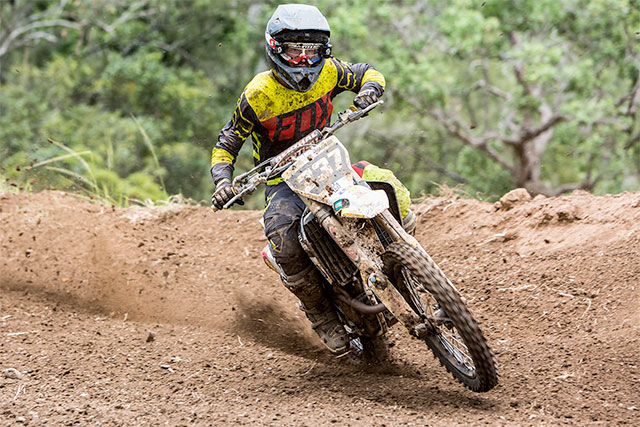 "It was good to see where we were out with all of the fast riders there, it was a confidence builder," Small said.

"I‰Ûªve been training through the whole start of the year and haven't really been able to see what that added up to, so it was good. Racing U19s again this year, I hurt my ankle in Toowoomba and had a few DNFs throughout the year as well so I had pretty bad luck last year.

"Paul from MPE is doing my suspension and and the bike in general is unreal. Peter from P2P is doing my fitness programs and I‰Ûªm definitely fitter and have a better bike than last year so hopefully it all pans out to be a good year," the 18 year-old concluded.

Kaleb Barham nursed a broken finger on the day, but you could have been forgiven for not noticing as he edged out Brad Polsoni in both motos to win the 125cc class from Polsoni and Jesse Bishop, and also finished 10th on the 250.

"The weekend was really good for me, I ended up cleaning up the 125s, winning both motos, then in the 250 I had a good first moto then in the second the finger was a bit sore but I ended up tenth," the SD3 Toowoomba Motorcycles Husqvarna rider said.

"The competition side of it wasn't too bad, I'm used to racing all those boys except Jake Moss, so it was good to bang bars and get back into it again. The Husky is a really good bike; we‰Ûªve got a few things to tweak before round one, but I‰Ûªll try to let the finger heal up a little bit. Bt's not a huge issue; if I had to ride with it at round one I certainly would. I rode with a broken shoulder blade for a round last year, so this is nowhere near as bad.‰Û 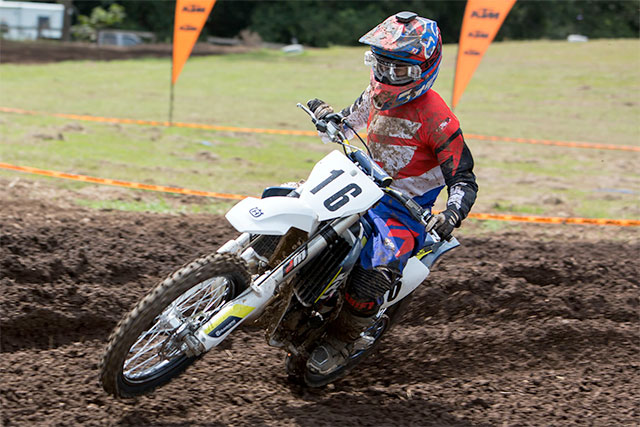 Kaleb Barham nursed a broken finger on the day but ended the day in 10th. Photo: TCPhotographics
Junior rider Reid Taylor kept the momentum going right down through the junior ranks, the Rock Motorcycles Port Macquarie rider powering his Husqvarna TC 85 to 3 wins from three starts in the 85/150 12-u16 class. Small and Barham will this year be joined in the MXD ranks by Western Australian ace Connor Tierney and Justin Hart, while previous MX2 round winners Luke Arbon (SD3 Husqvarna) and Nathan Crawford, come back to try to claim the title.

Jon Hafey, Husqvarna Brand Manager, said, ‰ÛÏJesse was very very strong, and despite his tender years, qualified third fastest and was battling with some of the best riders in the world. He‰Ûªs certainly a step up from last year, and I feel he is a small chassis balance tweak away from being even faster. Considering the level of experience that he was battling with, he can hold his head really high.

"Yes it was only a pre-season hit out, but Jesse is looking very promising.

"I was happy with both of our MXD riders who were there. Kaleb Barham was nursing a broken pinkie but won the 125 class with a 1,1 and finished 10th in the 250 class where he was getting some experience. Zac Small got sixth in the second 250cc race which was quite impressive.

It was good for those two kids to race some of Australia's leading Pro-Lite competitors and gain an insight," Hafey cocnluded.