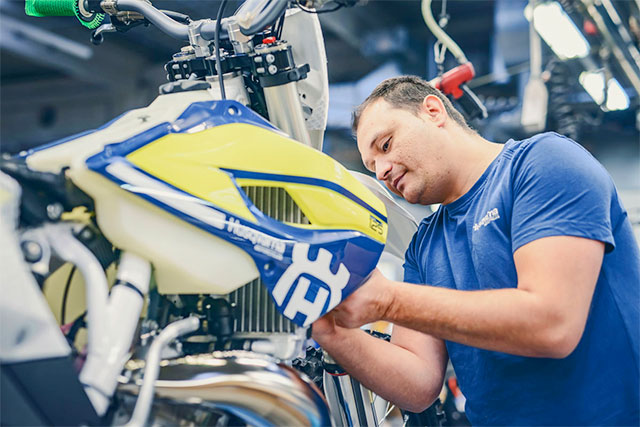 Husqvarna Motorcycles will introduce their next generation fuel-injected 2-stroke Enduro motorcycles with the new technology going into production in June.

The news comes on the back of the announcement in mid March that sister company KTM had confirmed that it will start production of a all new 2-stroke Fuel Injected range for their 2018 line up of EXC models.

Perfectly embodying the brand‰Ûªs pioneering spirit, the new from the ground up 2018 TE 250i and TE 300i machines will feature engine technology that is set to revolutionise the field of 2-stroke enduro motorcycles, Husqvarna Motorcycles said in a statement.

Enjoying over a century of uninterrupted design, development and production, Husqvarna Motorcycles are now set to add another benchmark to their impressive timeline of innovations. Being one of the oldest motorcycle manufacturers, and the first company to ever produce a purpose-built offroad bike, Husqvarna Motorcycles have always been a great advocate of 2-stroke technology.

From Rolf Tibblin‰Ûªs first Motocross European Championship in 1959 to the golden age of motocross during the 60s and the 70s, Husqvarna has remained a dominant force in the segment of high-performance 2-stroke offroad motorcycles. With their new generation of fuel-injected 2-strokes arriving soon, Husqvarna Motorcycles will proudly start a new chapter in their history of pioneering innovation and forward-thinking development.

This revolutionary new technology will go into production in June. Additional information about Husqvarna‰Ûªs MY18 2-stroke enduro models will be released on May 30, 2017.