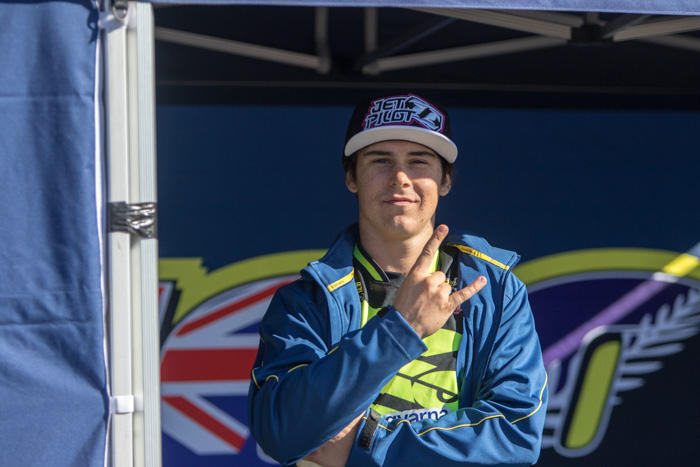 The young men of Husqvarna‰Ûªs factory squad will, to a man, be looking for consistency and improvement as the South Australian circuit of Murray Bridge plays host to this weekend‰Ûªs fourth round of the Monster Energy MX Nationals.

Queenslander and MX1 rider Jesse Dobson is intent on moving closer to a top-five position in the championship standings, and the 18-year-old Husqvarna FC 450 rider is confident he has further sharpened his approach as the season mid-point draws near.

"I've had a good lead up, so I'm feeling good and ready for the weekend." Dobson said.

"Someone is taking my bike for me, so we'll be flying in and out like the factory boys. It's a bit of a weight off because normally we'd have to have everything packed up by Wednesday, and then there‰Ûªd be no riding until Sunday.

"I've noticed that I feel a lot better on race day if I ride right up to the event. This way I'll be able to ride on Friday, and feel loose for Sunday and be ready to go."

Craig Anderson Racing rider Aaron Tanti comes into the round with his sights firmly fixed on achieving the first top-10 finish of his rookie season aboard the nimble Husqvarna FC 350.

‰ÛÏI only get the one-day per week to ride and the rest of it is just fitness training that I do in the arvo." Tanti explained. "I do a lot of cross fit style stuff to get the muscle endurance so I can last better through the 30 minute motos ‰ÛÒ they‰Ûªre definitely tough.

"It's been harder than I thought it was going to be, trying to get into that top 10. But everyone saying I'm doing alright to my first year, so that‰Ûªs positive, and I'll just keep trying to improve from where we are."

MX2 rookie Nathan Crawford crashed out at Broadford with a suspected shoulder injury, but with three weeks to recover, and the incentive of a return to the site of his first MXD class victories in 2014, the exciting up and comer is hoping for good things.

"As everyone knows, I had a crash at the last round and could not finish both races. Race Safe didn't think it was appropriate for me to race so they called that for me, so basically I‰Ûªve spent the last three weeks catching up on my health and trying to get back to 100%." Crawford explained.

"I‰Ûªm not quite there but I‰Ûªm pretty close so I'm looking forward to Murray Bridge. I had great success there last year and it would be nice to keep the ball rolling, and pick up where I left off before Broadford.

Fellow Husqvarna FC 250 rider Luke Arbon has had a wretched start to the season by the standards of his third place in the 2014 championship, but persistence is the hallmark of champions, and Arbon hopes that with his home track on his side, he can break through for his best result of the year.

‰ÛÏIt's hard, you know, when you are not doing that well, things keep bringing you down. But I'm feeling good at the moment and I'm looking forward to Murray Bridge, it was the turning point for me last year when I managed to get that win, so I'm hoping I can turn it around again there this year." Arbon commented.

"I've been back home in South Australia since the last round, pretty much. I've got my own space here, so I can ride, and train, and do the things I need to do and it's a little bit easier. Gibbs has been down a few days, so it's been good to get some riding together.‰Û 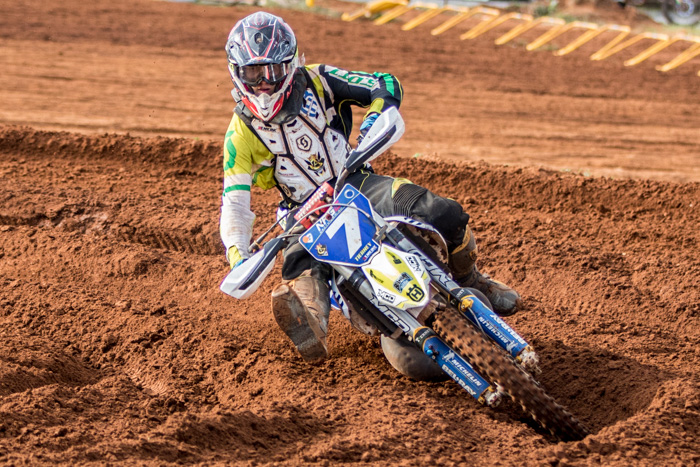 Connor Tierney got in a little track time at Murray Bridge, winning the opening round of the South Aus MX2 state titles two weeks ago - Credit: Aaryn MInerds
MXD competitor, Husqvarna TC 250-mounted Connor Tierney sits fourth in the championship standings despite early season injury, and though he still ranks himself less than 100% for fitness, admits he‰Ûªs confident he can hunt podiums in South Australia.

‰ÛÏWe did the state round down and got a bit of track time so I'm pretty confident there, so it should be good." Tierney stated.

"I also Raced at AJS, the big sand track in WA, and it's a real hard track to ride. I rode two classes and I held up okay, I think I‰Ûªm getting there with my fitness, and still getting fitter and fitter.

"This weekend I'm aiming for a podium - I'm pretty comfortable that I've got the speed, so if I can put it all together.‰Û