Husqvarna Dirt Track Team On the Build Towards Nationals 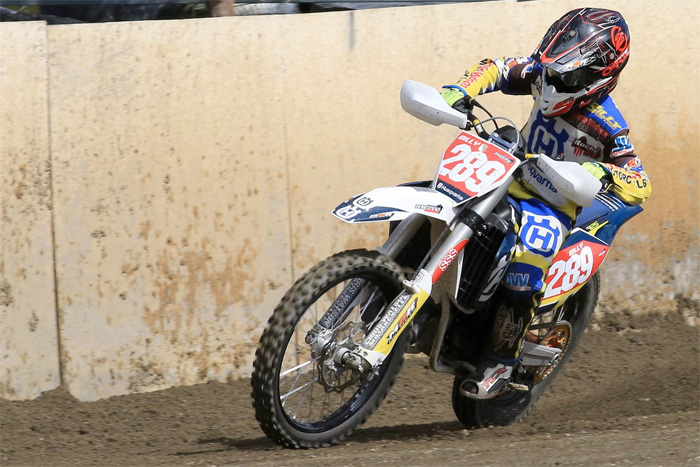 The Factory Support riders of Husqvarna Australia's Dirt Track Racing Team have been punching well above their weight all season long, and are only getting stronger in the lead up to their main goal for 2016 - this year's Australian Dirt Track Championships.

Only a month ago, Van Eerde used his Husqvarna FC250 to expand his career tally of Australian championship victories by two (to seven) at the Australian Junior Dirt Track Championships in Brisbane.

‰ÛÏIt‰Ûªs been a really good season for me with Husqvarna, better than I've ever had. Last year I didn't get any titles on the 250 at all, and this year I've got two already, plus we did pretty well at the Casey Stoner Cup and the Track Masters." Van Eerde said

"We are starting to think about nationals already because we need to get some practice in on oil which is the surface we‰Ûªll race on at Gunnedah. I'm feeling pretty confident that I should be able to win one or two, but whatever happens, happens. Riding in three classes is great because I get three shots at a win, just in case I stuff up a start or something!‰Û 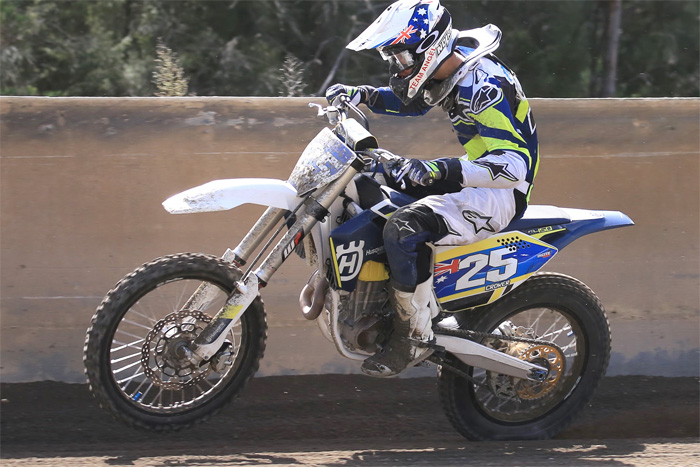 Super-professional 17-year-old Max Croker, who in 2014 became the youngest ever competitor to race in the Moto 2 World Championship, has been drawn back to his dirt tracking roots by the support of Husqvarna after a two-year break from the dirt.

Juggling a dirt track and road race calendar for 2016 seems to have done the young Newcastle ace no harm at all, and riding the Husqvarna FC250 and FC450, he's established himself as a consistent podium finisher among the most experienced premier level riders in the country.

Croker has recently accumulated podiums at the Temora Grand Slam, the Gunnedah Week of Speed, and at the Casey Stoner Cup.

‰ÛÏI've got a lot of tests coming up on the road bike but at the moment we're trying to get as much dirt track in as possible." Crocker commented. "The Husqvarnas are going awesome for me, and they only ever need a little tweak here or there to suit the track, never any major adjustments.

"There are some bikes out there that have had a lot of money spent on them, and mine that are virtually standard don't have any trouble keeping up. The main thing I like about them though is the way they handle. My advantage in races is actually entry into corners. I can really use my front end hard.

"To come away with thirds on both bikes at the recent Casey Stoner Cup was pretty good. I last won it as a junior in 2010 and it would‰Ûªve been great to win it again. I was leading into the first corner but I made a little mistake in the dogleg which was unfortunate.

"I definitely think we can give the Australian championships a good shot. It‰Ûªs a pretty big meeting and I‰Ûªll be training very hard up towards it with Caso. My goal is always to place first but I definitely think I can be competitive for the podium in all my classes.
Ask anyone who knows him and they will tell you that nine-time Australian champ Paul Caslick is undoubtedly one of the youngest 48-year-olds in Australia, and his fitness and motivation to shove it into the young guys is at an all-time high.

Wading into a field of Australia's best dirt trackers, the Cessnock warrior went within an ace of winning the Temora Grand Slam, and with a spring in his step and a glint in his eye, there‰Ûªs no mistaking him for a rider out there to make up the numbers.

"The team has exceeded all expectations this year. Billy, there‰Ûªs nothing to him, but his heart is bigger than Phar Lap‰Ûªs and his ability is incredible. He listens and takes knowledge on board and he‰Ûªs got the makings of a future champion. A world champion if he wants to go down that road. He has a great attitude and a great family around him; there's nothing not to like about the guy." Caslick said.

"Max is just so smooth and unassuming that he makes it look effortless. You can't see how much he‰Ûªs actually putting in but he's giving it everything he's got and always wants more from himself. People forget Max Croker hasn't dirt tracked for two years - he's gone road racing - so for him to just jump straight into the dirt track deep end‰Û_ It‰Ûªs his first year on a 450, and he‰Ûªs never ridden on oil before, and he's gone to some of these meetings and finished top five against some of the country's most established oil track riders on a bike that's basically standard ‰ÛÒ he‰Ûªs been incredible.

"I think I proven that I'm as fast or faster than what I've ever been. My wife Dierdre has me in such a good place of self belief, I‰Ûªm doing more racing than what I planned to do, and I am coming to get ‰Û÷em, let me tell ya. When it comes to the Australian championships, I just come out in goosebumps just talking about it.

"I want to be on the grid, I want to feel that energy, I want to look at the gaps going into those first corners and know that I can jam that motorbike in there and I‰Ûªm gonna‰Ûª come out. I‰Ûªm just alive."