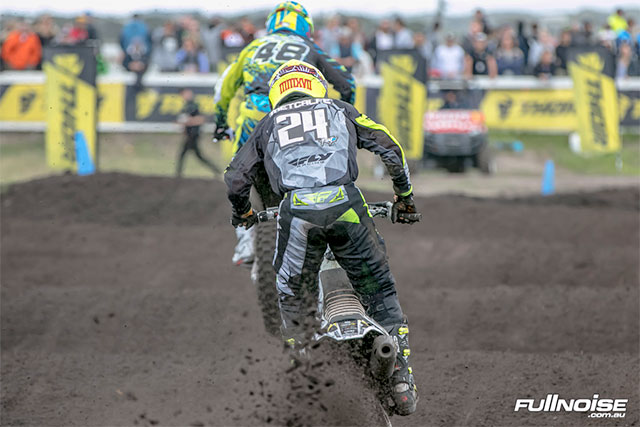 Husqvarna Australia has confirmed that SD3 Husqvarna and international star Brett Metcalfe have decided to part ways forthwith, following an impasse regarding future directions for the team.

Metcalfe first stepped into the SD3 team to ride the first half of the 2016 season prior to his Canadian Motocross Nationals commitments, and he and the team achieved a race victory in the third round of last year‰Ûªs championship at Appin.

Based on the success of this period, Metcalfe and SD3 decided to extend to a full championship in 2017, and had shown promising signs with three top-five finishes and a podium. However, a disagreement regarding future directions has not been able to be resolved, and the split has occurred.

Husqvarna Australia takes pride in its participation and prominence in the top tier of Australian motorcycle racing, and hopes to return there sooner rather than later, the company stated.

Steve McKinnon ‰ÛÒ SD3 Husqvarna Team Owner said, ‰ÛÏBrett and I reached an impasse around the technical/mechanical direction of the team, and we decided to part company. From an SD3 perspective, we‰Ûªve had four amazing years in motocross with Husqvarna and we‰Ûªre still going to continue supporting Kaleb Barham and our various other motorcycle racing activities, so we‰Ûªll still be involved in motorcycle racing, which we‰Ûªre passionate about. I wish Metty all the best for the future, and I hope he rounds out his career in the way that he sees fit.‰Û