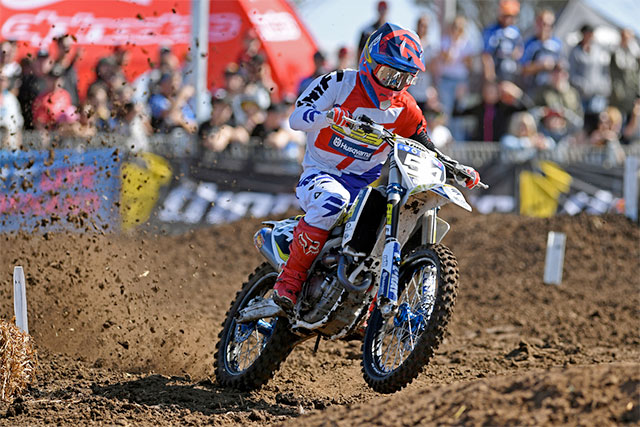 It was a solid day for the Husqvarna‰Ûªs squad of Factory Support racers at the opening round of the Motul MX Nationals that took place over the weekend at Horsham, Vic.

In MX2 SD3‰Ûªs Luke Arbon and his FC250 scored powerful holeshots and led more laps than anyone, but a tangle with a lapper in the second Moto forced him to accept a still-respectable sixth on the day.

‰ÛÏWe have a lot more positives than negatives today," Arbon mused, "I just need to work on my race intensity and I suppose that will come as the races unfold.

"My bike is working awesome, and I can't complain about two holeshots. The track didn't suit me at all. It was so slippery and sketchy and even though I led pretty much half of both races, in both cases I started to ride a little bit ‰Û_carefully and dropped back. So it was definitely good to get the first one out of the way and take some good points towards the championship. We‰Ûªll take that and move on," the South Australian concluded.

It was fellow Husqvarna FC250 rider Nathan Crawford however, who went within a single point of winning the day after two third placings, and he will enter Round Two spectacularly well-placed.

‰ÛÏThere‰Ûªs only one point separating all three of us the championship, so that's a pretty good way to start the season," Crawford said.

"I felt really good this morning even before practice, didn't qualify too well but that doesn't mean too much.

"First moto I think I made a few mistakes and went back to sixth, and then charged the whole way. So it was good that I could after only being back on the bike for a month and a half. In the second moto I just wanted to ride smart and I got third again, now I just can't wait till the second round to build off what we‰Ûªve already done.‰Û 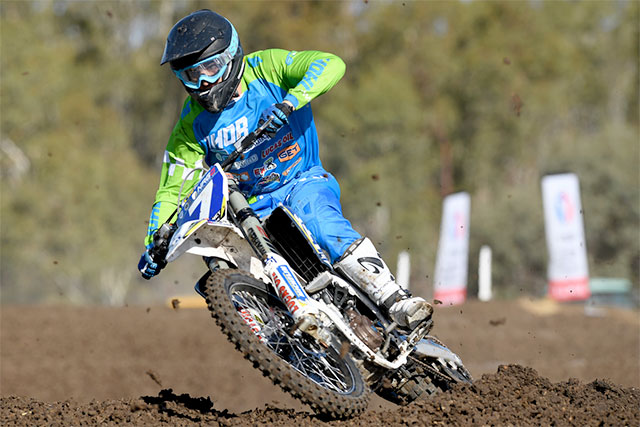 MXD winner Connor Tierney
It's fair to say Husqvarna dominated the grassroots ranks, with all four Husqvarna Factory Support MXD riders landing in the top six of the championship points.

Western Australian Connor Tierney was untouchable on the day, powering to two brilliant wins on his Husqvarna FC250, while SD3-backed Kaleb Barham (2,5) launched to third on the day off a foundation of two powerful holeshots from his FC250.

‰ÛÏI‰Ûªm pumped. I had three goals this year; go 1-1, get the red plate, and win the championship, so that's two out of three done already! I‰Ûªm happy," beamed Tierney. "I‰Ûªve been working really hard and there‰Ûªs a lot of things coincide to make today happen. I‰Ûªve got an awesome bike this year, I like the four-stroke a lot more and I think I ride a bit better. The track was rocked today, but the doing a lot of ruts in the off-season and obviously that's paid off.‰Û 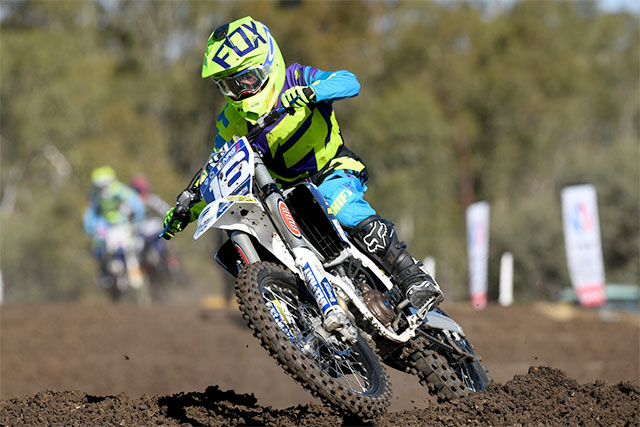 Despite riding injured Kaleb Barham still came home third in the MXD class. Photo: Jeff Crow
Kaleb Barham had to ride through the pain of an injury for his podium spot.

‰ÛÏI had to ride really smart today, it was probably one of the hardest rides I've ever done," Barham explained. "With my injury, as soon as I push it feels like I'm going to go over the bars. So to get the third overall was good fun.

"In the first race I pulled a nice holeshot until Tierney went around me on the first lap. I hung it out the first few laps, but then I knew what I had to do, I had to ride smart, let him ride his race and I‰Ûªd ride mine. I was second in that one, then the second moto was pretty brutal out there. I pulled another holeshot, did what I had to do and rode back to fifth and ended up third overall. Happy days.‰Û