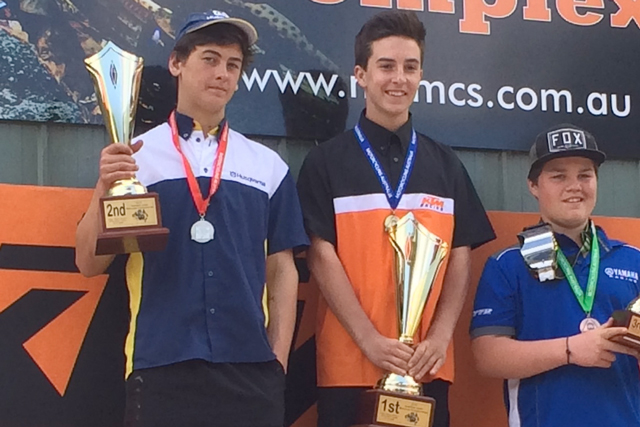 The brand-new Husqvarna Junior Racing Team has walked away with two National-level podiums at its first attempt, following the completion of the KTM Australian Junior Motocross Nationals, which took place at the Macarthur Motorcycle Club‰Ûªs Appin venue this week.

‰ÛÏI was pretty consistent this week. I‰Ûªve never ridden there before and it reminded me of Horsham a bit." Kirkland commented. "The downhills were a bit different. I had the fastest lap times through the heats, but in the finals I had a bit of a cold and didn‰Ûªt feel quite as energised as I usually would have been, but still went alright.

"I had some bad starts and would slowly reel Hunter in, but he always got me. The 125 championship was probably my worst, I think I could have done better; just wish I was feeling a bit better. It was good to be a part of the Husqvarna team ‰ÛÒ that support helped out a lot so I‰Ûªm very thankful for it.‰Û