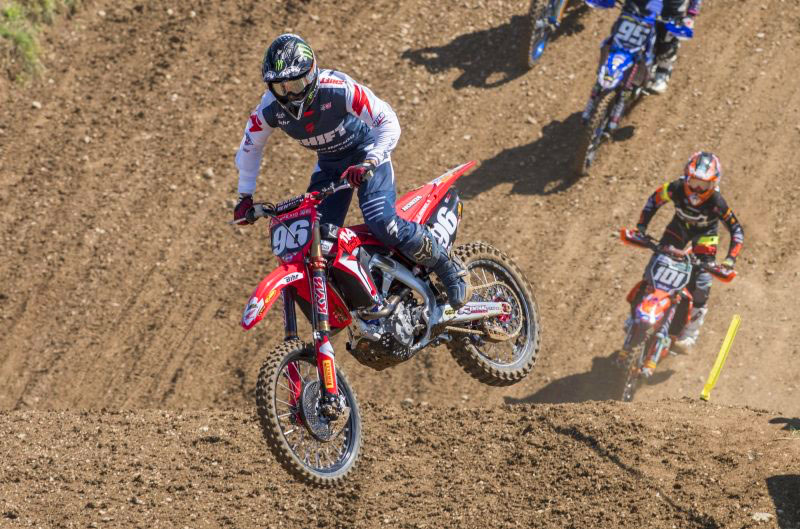 Hunter Lawrence will sit out the twelfth and thirteenth rounds of the 2018 MX2 World Championship ‰ÛÒ taking place in Indonesia these two upcoming weekends.

The Australian's team, Team Honda 114 Motorsports, say he will be back in action at the MXGP of Czech Republic, scheduled for 21-22 July at Loket.

Rumor has also been reported on a few websites elsewhere that he may in fact compete in the Lucas Oils Pro Motocross Championship at Red Bud on July 7th. Lawrence is part of the GEICO Honda network and it has been suggested that he may be on somewhat of a reconasence mission before he moves to the USA fulltime in 2019 with GEICO Honda.

For now the team are saying officially that he will not be competing in the World Championship as a result of lingering injuries.

An official Team Honda 114 Motorsports press release stated that after injuring his hand at Arco last April, the 19-year-old made his return to action three rounds later at Kegums in Latvia, but he was unable to return to the type of form shown earlier in the season ‰ÛÒ with several crashes having an impact on his recovery.

With this in mind, a decision was made so that Lawrence can return to competition free from the symptoms of his recent crashes and aim to maximise the full potential of himself and his Honda machine again in the remaining rounds of the season.

"Really disappointed to miss the two Indonesian rounds, but I need to get back 100% so we can finish out the remainder of the 2018 MX2 World Championship season strong and get the results I am capable of," Lawrence said.

Team Principle, Livia Lancelot, added, "To be without Hunter for two rounds is really a shame, but we are looking forward to having him back at Loket. Since fracturing his hand badly in Arco he hasn‰Ûªt been able to get back on the ultimate pace he‰Ûªs capable of, and that‰Ûªs not what anybody wants to see. I‰Ûªm really sorry for all the sponsors and for the Indonesian fans who wanted to see him riding, but we all want to see him back at top speed and that is what we are working on like always," she concluded.