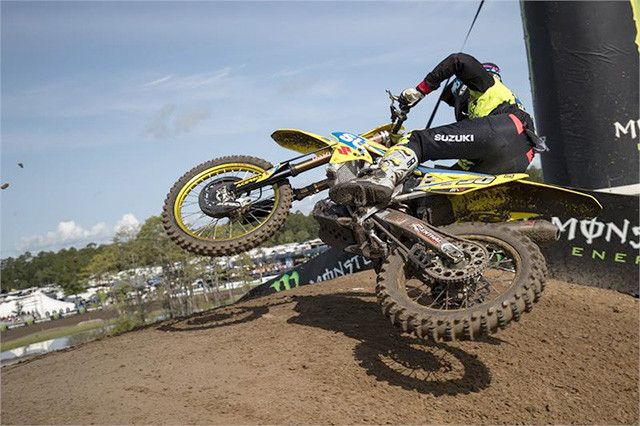 Suzuki World MX2's Hunter Lawrence has had the best moto and overall finish of his MX2 career at the US MXGP round in Florida.

Lawrence was third in the opening MX2 moto of the day and second, a career best, for moto two to end the day on the second step of the podium behind American RJ Hampshire.

For the young Australian, it was a really impressive display in what were extremely hot and humid conditions at the WW Motocross Park in Jacksonville, Florida.

"I made some passes in the first couple of corners and got myself into fourth place just behind Mitchell Harrison where I stayed for about 10 minutes. RJ Hampshire and Thomas Covington were gone when I got my way into third, so I stayed there until the end. They both crashed but were still too far in front although I did close right up on both of them.

"In the second start I drifted a bit wide and a couple of guys passed me up the inside," Lawrence continued. "I fought to make those passes back and got myself into third after passing Pauls Jonass. Covington was the next person I passed and after that I just got my head down, kept working and plugging away and I caught up to Hampshire in first but we just ran out of time so I couldn‰Ûªt pass him for the win.

"I‰Ûªm really happy with my second overall, in my first time at an American GP. I‰Ûªm just super happy with how the day went," he concluded. 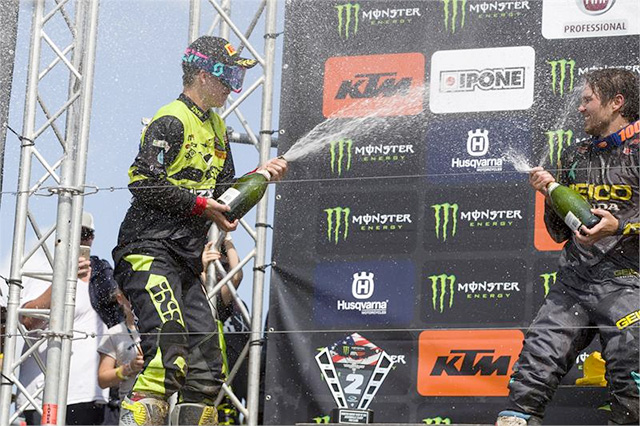 "The best ride of the day was of course Hunter with his podium," General Manager Stefan Everts added, " A really strong first moto and a strong second moto. What he showed today was that he is a very promising kid, his second podium of the year, and he was not far off winning. I‰Ûªm really happy for Hunter, he deserves it with all the hard work he‰Ûªs put in.‰Û 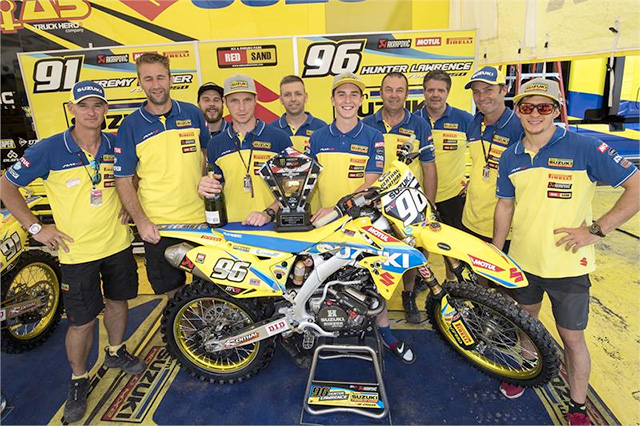