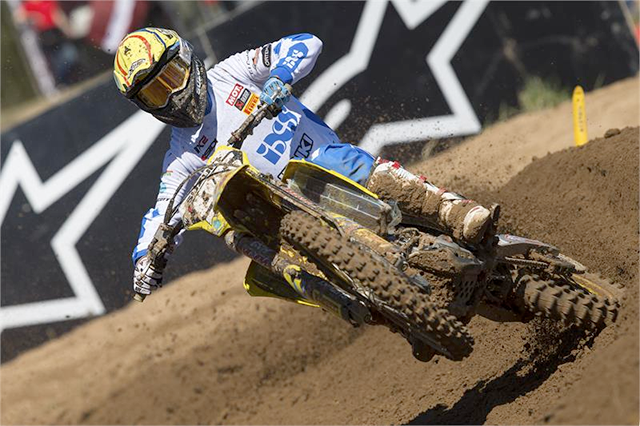 After missing the MXGP of Lombardia, Hunter Lawrence hoped he would be making a return to action in Portugal this weekend for the 12th round of the FIM Motocross World Championship.

However, after he got checked out at the doctors on Thursday, his scan results have shown that along with two compressed vertebrae, he has a small fracture on the side.

It‰Ûªs disappointing news for the Suzuki World MXGP rider who has shown real speed this year, but he will now focus fully on his recovery and come back when he is fully fit and healthy.

‰ÛÏIt‰Ûªs a massive shame, but with this type of injury, I‰Ûªm just glad that I can ride in the future," the Australuan said. "I will attend Portugal and cheer on the rest of my Suzuki World teammates and hope to be back out on the track as soon as I can.‰Û