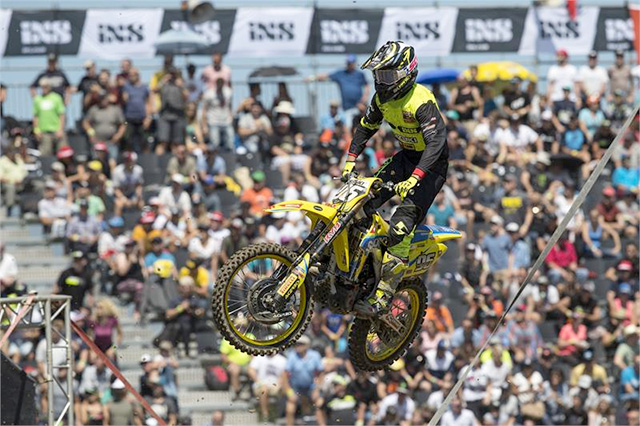 A crash and resulting DNF put a damper on the MXGP of Switzerland for Hunter Lawrence but he rebounded with a 7th to salvage some positives out of the day.

The Suzuki World MX2 rider didn‰Ûªt get the results that his speed deserved after stalling in the first moto and then crashing out.

‰ÛÏI didn‰Ûªt get the best start in the first moto as I was expecting a bit of tyre spin on the metal mesh and it didn‰Ûªt happen. On Saturday, it happened so I was prepared for it, so I had less RPMs and my body weight was further back, but then it didn‰Ûªt happen which obviously meant I got a bad start," Lawrence explained.

"Then in the first turn I stalled it anyway. I got my head down and charged through to 11th but the track was tricky and one of the ruts ripped my feet off the pegs and had a pretty hard crash," he continued. "I couldn‰Ûªt finish the moto as my head and back hurt a bit but in the break, I just tried to get myself ready as best I could for moto two.

"Then in the first turn of race two, some guys from the inside cut across and Jeremy crashed and I was right behind and nearly ran him over, but I stopped luckily. This meant I was last again so once more I put my head down and made it made it back up to seventh. Some definite positives in terms of my race pace and I‰Ûªm hoping to take that kind of speed into Sweden next weekend.‰Û 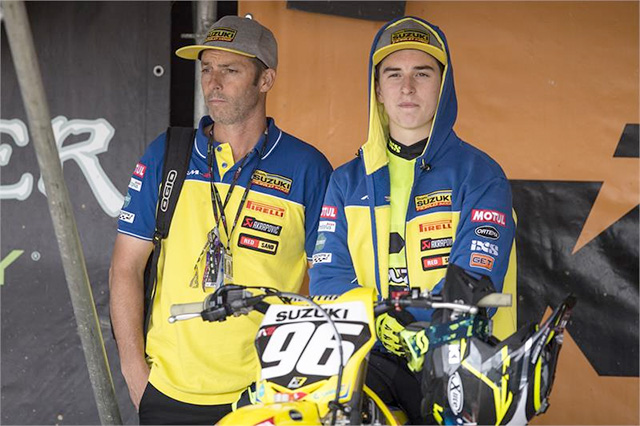