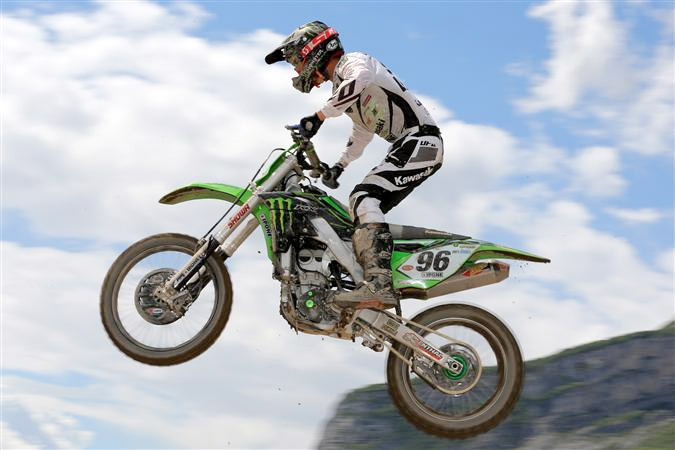 Australian teenager Hunter Lawrence has made the tough decision to have his knee operated on after inuring it in Spain last weekend ruling him out of the remainder of the 2016 EMX250 Championship.

Hunters weekend at the track in Talavera de la Reina circuit got off to a tough start in qualifying leaving him with a bad gate pick for the two races.

During Saturday's opening race, he made the most of his starting position and despite suffering from two crashes, finished in a remarkable 4th position. He then finished eighth after starting last in the second race to be classified fifth overall for the weekend and maintaining second place in the series standings.

‰ÛÏTo be honest it was not a great weekend for me; I had some bad luck and bad starts." Lawrence said after the conclusion of racing on Sunday. "The qualifying session was not so good, didn‰Ûªt have a clean lap and then didn‰Ûªt got any good starts; I have to work that point.

"The track was really, really difficult to pass, especially on Saturday in moto one; I think I had two crashes and nearly crashed three more times ! Each time I was behind a rider I wanted to pass, and they jumped on the brakes in a corner when I was so close that I couldn‰Ûªt avoid hitting them.

"Moto two was not much better, I had some troubles on the starting line and was nearly last in the first corner."

While he was able to keep the injury he suffered under wraps on race day, rumours started circulating that the Monster Energy CLS Junior Team Green ride would miss some time from racing due to a knee injury with the Kawasaki rider confirming today via his social network pages that he will indeed be sidelined for the remainder of the championship as he opts to have surgery on his knee.

"After much deliberation we've decided for the long term i will sadly pull out of the european championships to go into surgery next friday on my knee after the crashes in Talavera De Reina in Spain." Hunter posted via instagram today. "Super gutted as i was loving the racing and riding all the different tracks, and learning the race craft required in europe, but the bigger picture is MX2 so i want to be 100% healthy and have no niggling injuries coming into mx2.

‰ÛÏThankyou to my main crew for helping me progress through the year, but sometimes one step back has to be made to go two steps forward, also bummed out that i will miss out on Motocross of Nations in Maggiora, Italy later on this year, getting the email asking if i would represent my country at des nations is the coolest thing ever!!!

"Looking forward to next year!....massive thankyou to all of my supporters in australia and europe, this is one of the coolest feelings in the sport knowing people are behind you! They know i will be back." Hunters statement concluded.