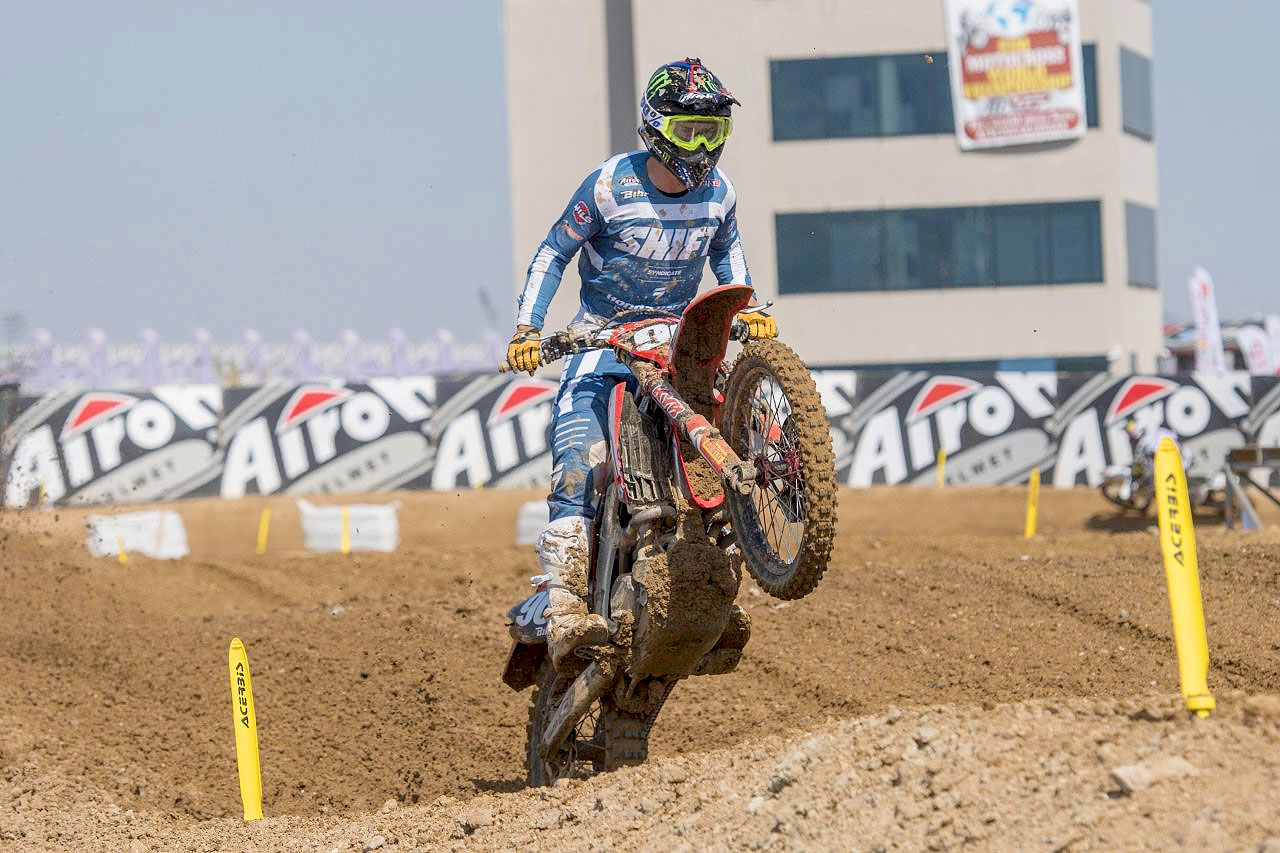 Hunter Lawrence tied on points for third but was given fourth on count-back. Photo: Bavo
Hunter Lawrence was extremely unlucky to miss out on what would have been his third MX2 podium in a row at the MXGP of Turkey.

It was bitter disappointment for Team Honda 114 Motorsports rider who just missed out on a fully deserved podium spot after tiying on thirty eight points with the third place rider Thomas Kjer Olsen.

With four laps to go, Lawrence was sitting second overall, but a change of the lead and all of a sudden and he was relegated to fourth place, level on points but losing out on the second moto tie-breaker.

This was a real shame as the Honda CRF250R rider had finished second in the moto one, pressuring for the lead for most of the second half of the race. Despite an average start in race two, he made his way into fifth midway through the moto and had the podium spot secured if the positions remained the same in front of him. This wasn‰Ûªt the case though and he‰Ûªll now head to Assen in a couple of weeks‰Ûª time looking for a bit of redemption.

"The first moto was really positive, I was second and I felt my riding was good," Lawrence explained. "I did have to push pretty hard though to keep up with Thomas Covington and I think that hindered my riding in the second race. I got an average start in that race which didn‰Ûªt help and I wasn‰Ûªt able to move forward as quickly as I wanted to but I felt pretty fatigued. It turned into a bit of a survival mode and although I came close to the podium again, I was quite feeling as good as the two previous rounds. Now I‰Ûªll recover and get in some sand training before the next round in Assen."

Hunter will now return for the last two rounds of the 2018 campaign in a fortnight‰Ûªs time with the Grand Prix of the Netherlands taking place at Assen for the fourth year in a row.