Hunter Lawrence Crashes Out On MX2 Return In Latvia 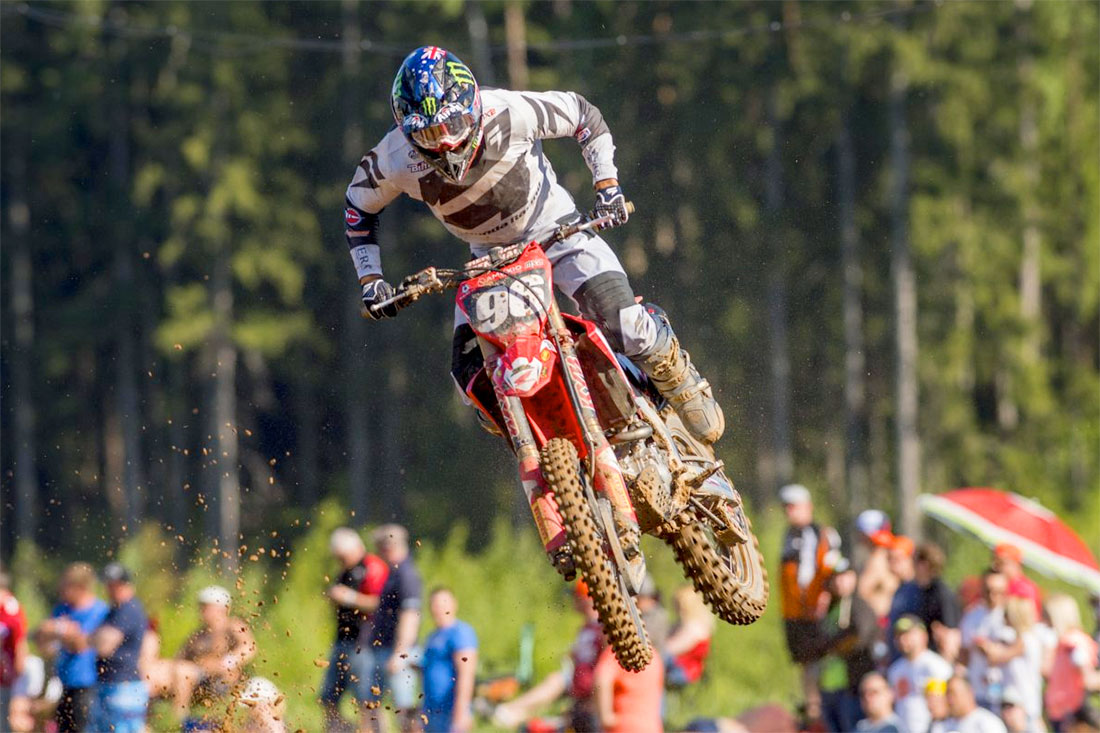 It was a tough day at the office for Hunter Lawrence after being concussed in a first moto crash in his MX2 return in Latvia. Photo: Bavo
Unfortunately Hunter Lawrence‰Ûªs return after a three-round absence didn‰Ûªt go to plan as the Team Honda 114 Motorsports rider crashed out in the first moto which ruled him out of moto two.

It was a shame after the Australian rider had qualified in third position for round seven of twenty in the 2018 FIM Motocross World Championship at the fast Kegums circuit and was running in fourth place when the incident happened.

"He performed well with qualification in third place, but unfortunately whilst lying fourth in race one, he had a crash and was unable to continue in the event. I‰Ûªm excited for Hunter‰Ûªs return though, because it is clear he has the speed, even after having time off from his hand injury.

Lawrence has now dropped to 15th in the MX2 World Championship standings.