HRC’s Roczen and Seely continue to impress at Oakland 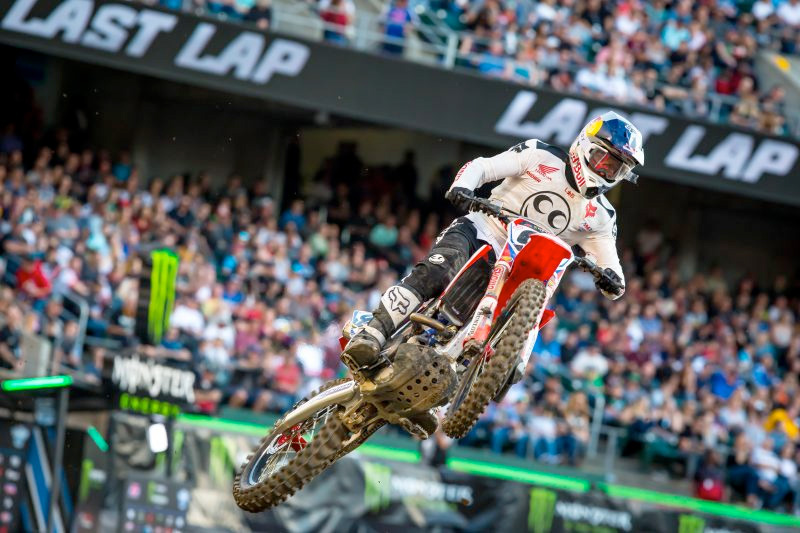 It was an exhilarating night for Team Honda HRC at round five of the AMA Supercross series in Oakland, as Ken Roczen secured second place after a heated battle in the final laps of the race while team-mate Cole Seely continued to impress.

Seely was impressive aboard his CRF450R, continuously battling for the top position in qualifying before securing the fourth-quickest time, at 51.947‰Ûª, in the second session. Roczen struggled to get comfortable with the Oakland soil, leaving him slightly off pace in 14th with a 53.397‰Ûª time.

In 450SX heat one, Seely put together a flawless performance, grabbing the holeshot and riding unmatched for the entire six-minute-plus-one-lap race to take the win. Slotted in the same heat, Roczen got off to a top-10 start and moved into fifth by lap two. With less than two minutes remaining, he gained one more position to take the checkered flag in fourth.

When the gate dropped for the main event, both Roczen and teammate Cole Seely launched down the start straight, with Seely scoring the holeshot and early lead, while Roczen was tucked in behind him. It looked as though it might be a double podium for the Red Riders, as the duo ran 1-2 until nearly the halfway mark. 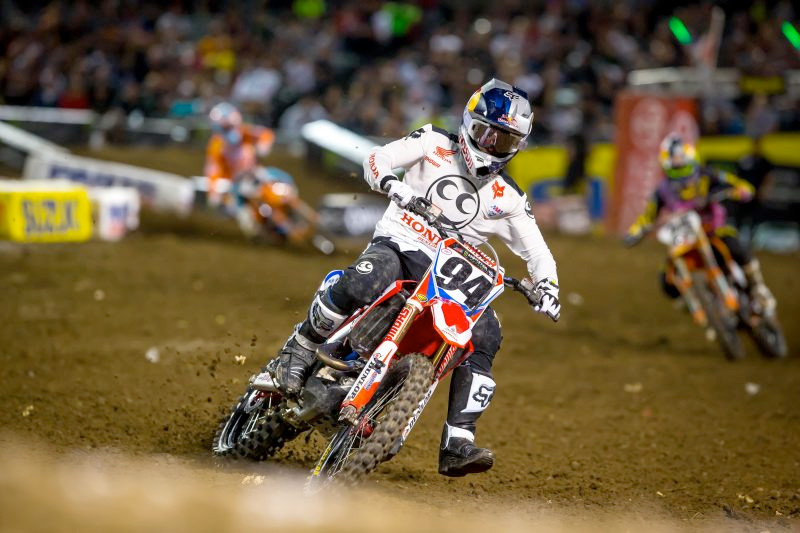 2nd at Orlando sees Ken Roczen second in the SX450 class championship hunt
On lap 11, Seely made a big mistake while leading, costing him several positions. He remounted in fourth but struggled to get back into his groove, losing two more spots before taking the checkered flag in sixth.

Meanwhile, back at the front, Roczen continued to put together solid laps and had his sights set on his first win of the season. As the German navigated the challenging track, lapped riders began to play a bigger role, and Roczen came under fire from Jason Anderson during the closing laps. Both riders made mistakes during their heated battle and swapped positions multiple times before Roczen was edged out by just .839 seconds at the end.

‰ÛÏIt was a great race tonight. I was really bummed because we worked so hard just to pretty much give away the win on the last half of a lap," Roczen said. "All in all though, we‰Ûªre healthy and in the championship hunt so it was a good night.

"We‰Ûªre moving forward and getting that much closer. I got a good start and tucked right in there behind Cole. He was going really good but made a mistake in front of me and I took over the lead. I was trying not to get too amped up and push even more because I knew the track was going to get worse and worse. It‰Ûªs easy, especially in those tight rhythm sections, to rush and possibly make a mistake, so I just tried to be patient.

"There were definitely a few close calls out there with lappers and the track, but I feel like I rode pretty clean for most of the race," Roczen continued. "The last couple laps were something else though. Jason [Anderson] got by me somehow‰ÛÓcan‰Ûªt even remember to be honest because it was like tunnel vision‰ÛÓbut we had a good battle to the very end. I really wanted that win but it was good to lead laps. We‰Ûªve got a lot more races to go so we‰Ûªll keep chipping away at it.‰Û 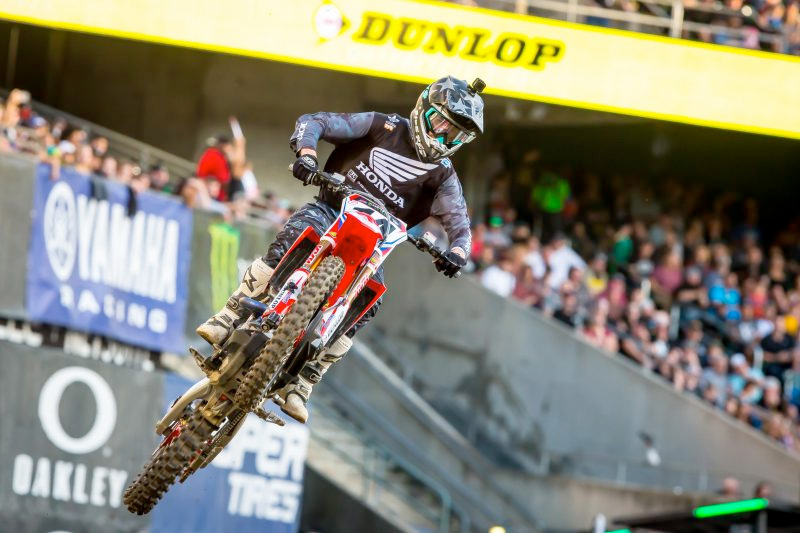 Cole Seely won his heat race and then went on to lead the opening laps of the main until a lapper caused him to make a mistake. He finished 6th.
For Cole Seely it was really a case of the one that got away.

‰ÛÏI‰Ûªm pretty upset and bummed tonight, but at the same time happy with the progress that I showed," Seely said. "I felt strong all day. During the main event, I got another great start and was hitting my marks well. I was putting down consistent laps but couldn‰Ûªt shake Kenny; he was applying pressure on me the whole time.

"We came up on lappers and one didn‰Ûªt get out of the main line for a while, which forced me to take another line that I hadn‰Ûªt taken before. That‰Ûªs when I made that big mistake that cost me the lead and even a podium. I got back going in around fourth, but it took me some time to get back into a rhythm and I ended up losing two more spots. It‰Ûªs part of racing and everyone out there was dealing with the same conditions and situations, but it‰Ûªs still unfortunate that lappers play such a huge factor. I know I‰Ûªm capable of running up front and really want to get a win.‰Û 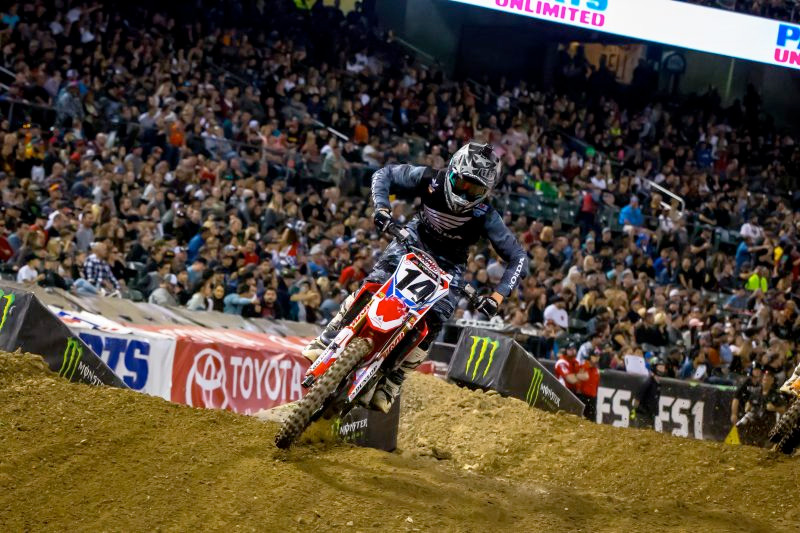 Cole Seely now sits fourth in the championship with 87 points