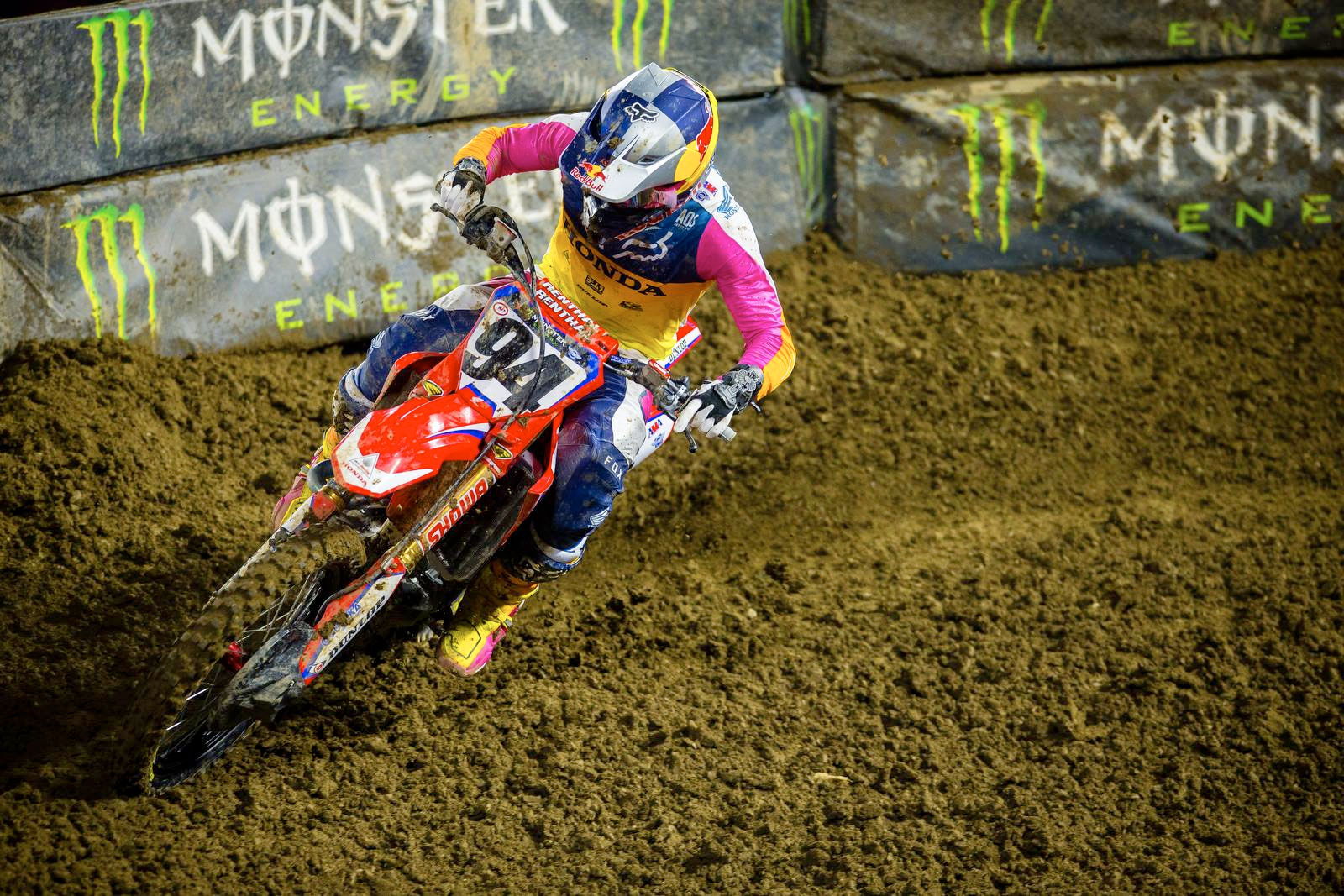 Ken Roczen said he couldn‰Ûªt have asked for a better first race for 2019. Photo: AMA Supercross FB
In tricky, muddy conditions, Ken Roczen made a strong start to the 2019 Monster Energy AMA Supercross season riding smoothly and methodically to secure a second-place finish at the opening round at Angel Stadium, Anaheim, CA, last Saturday night.

Roczen got his 2019 campaign off to a tentaive start qualifying in 8th place but then picked up pace going on to win his heat race and go directly into the nights 20 lap main event.

When the gate dropped for the main event, the Team Honda HRC factory rider bobbled and briefly came together with another rider, dropping him toward the back. He recovered brilliantly by sneaking to the inside in the first turn and salvaging a sixth-place start, then charged up to fourth place in just a few laps.

At the halfway point, the German capitalised on another rider‰Ûªs mistake to move into podium contention. He still wasn‰Ûªt finished, setting his sights on second-place Dean Wilson, and he quickly began closing the gap. Roczen eventually made the pass on lap 16, then took the checkered flag in second.

‰ÛÏIt‰Ûªs good to get out of here healthy and with a solid podium," Roczen said after the race. "The conditions were tough; they can obviously play in your favor but they can also bite you bad. For about half of the main, we were still jumping the big doubles in the middle but it was definitely sloppy and sketchy out there. It was really all about consistency. There were ruts everywhere so you had to try not to make any mistakes. Once we got into the lappers that‰Ûªs when it got really bad. I got held up a couple times, which cost me time. I‰Ûªm pumped though; I‰Ûªm leaving with a heat-race win and second in the main, so I couldn‰Ûªt have asked for a better first race.‰Û 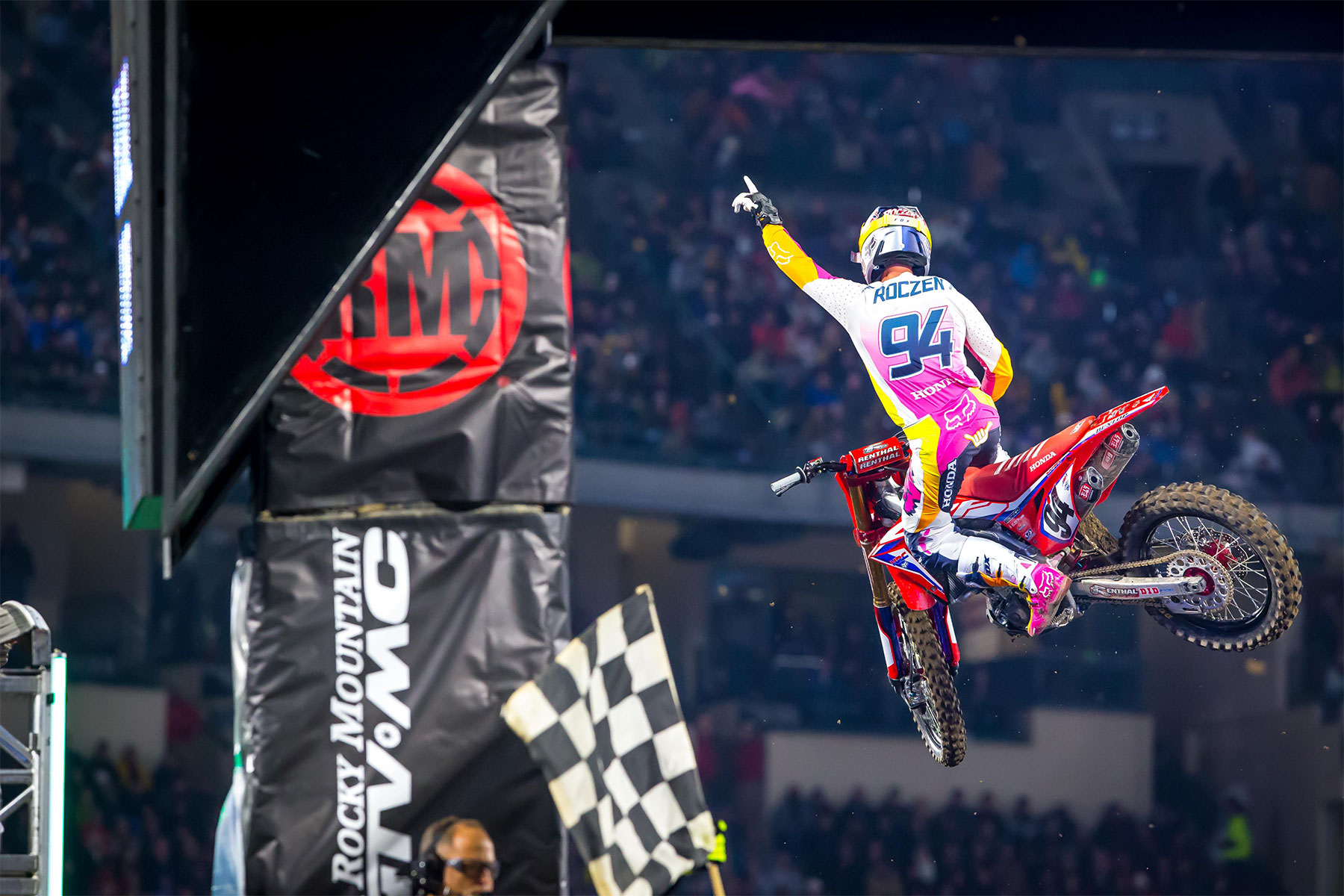