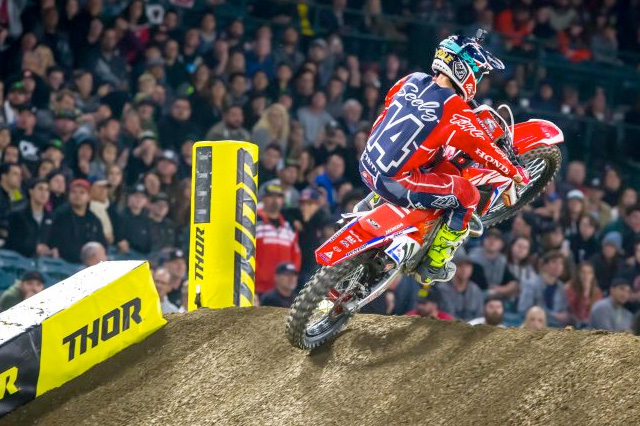 Despite having to shake off some pre-race nerves, Team Honda HRC's Cole Seely put together a solid performance to finish sixth at first round of Monster Energy AMA Supercross, at Angel Stadium of Anaheim last weekend.

The Californian got off the line to a less-than-desirable start but made quick passes on the opening lap, moving into seventh. He gained one more position after that before settling into sixth.

‰ÛÏIt‰Ûªs a typical thing to say after Anaheim 1, but it‰Ûªs good to get the first one out of the way," Seely said. "I think nerves got the best of some of us. I wasn‰Ûªt really stoked on how I rode. My bike felt good but I was pretty tight. I kind of let other riders dictate my pace, so I was kind of bummed. With it being the first one, I can take all these things in, learn from them, and move on to the next one.‰Û 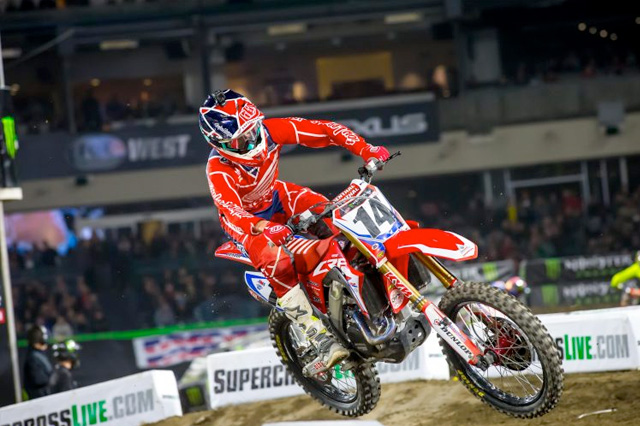 Cole Seely
Seely's Mechanic Rich Simmons concluded, ‰ÛÏOverall, tonight wasn‰Ûªt bad. I just think there were a lot of nerves with it being the first race. I‰Ûªve seen Cole like this before but I‰Ûªve also seen him do really well here, so it‰Ûªs just a mental thing that he needs to work on.

"He was aggressive in the heat race, which was good, and he rode well during the main, but if he was a few tenths-a-lap better, he probably would‰Ûªve gotten in front of [Weston] Peick and been with Kenny. He needs to just work on not falling into line with guys and either get around them quicker or move them out of the way‰ÛÓnot by taking anyone out or crashing himself, but if he has to be a little more aggressive to get around them, then that‰Ûªs what it takes.

"In terms of setup, we kind of chased bike balance all day. We made some adjustments again after the heat races and he said it was good in the main. I don‰Ûªt take too much from here because with the nerves, everything feels a little different.‰Û 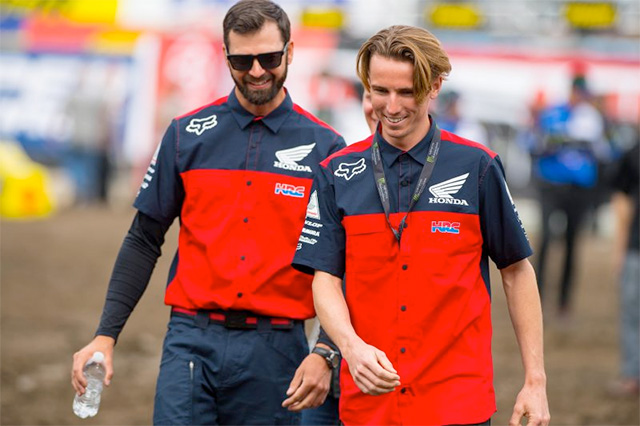