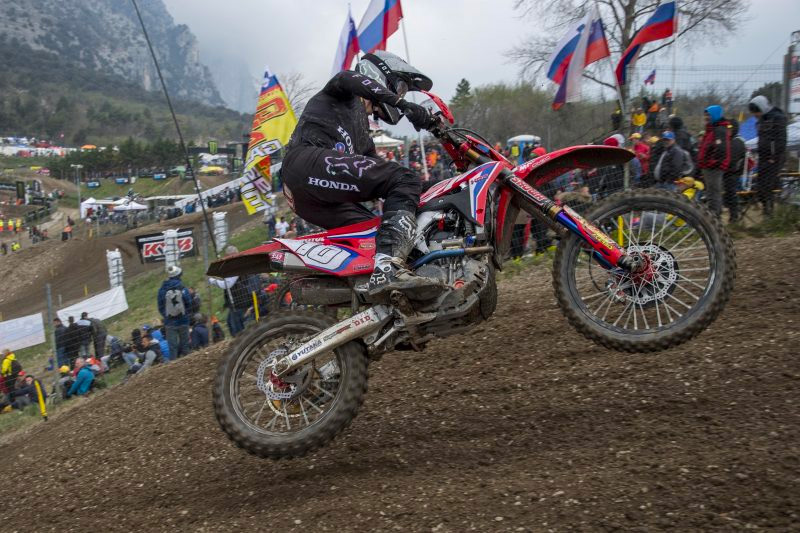 On Monday morning, Vlaanderen had the successful operation performed by the highly-regarded Dr Claes.
After injuring his right ankle and fibula at last weekend‰Ûªs MXGP of Trentino, Team HRC‰Ûªs Calvin Vlaanderen underwent surgery to repair the damage, with the procedure going extremely well.

During the timed practice on Saturday afternoon, Vlaanderen twisted his ankle whilst on his hotlap and even though he was still able to set the fastest lap of the session, he had to retire immediately back to the truck. After attempting to race the qualifying race it was apparent after one lap, the pain was too much and he sought on-site medical advice at the track. Scans showed he had a fractured fibula and a severe ankle sprain, with the advice being to go and get the surgery done straight away.

On Monday morning, Vlaanderen had the successful operation performed by the highly-regarded Dr Claes and is now already in the initial signs of recovery. With a cast on right now to protect the area, Vlaanderen will hope to start physio in a couple weeks, with the goal of making a comeback at the next round of the championship on May 11-12 at the Mantova track in Italy.

I didn‰Ûªt crash or anything so it was a real shock to see the x-ray show that I fractured my fibula.

"Obviously I‰Ûªm extremely disappointed to have this happen to me at the weekend," Vlaanderen lamented, "I was feeling really good on the bike and was in the process of setting the fastest lap when I just twisted my ankle. I didn‰Ûªt crash or anything so it was a real shock to see the x-ray show that I fractured my fibula.

"Thankfully, with the support of the team and the excellent Dr Claes, I have since had the surgery which went extremely well. I hope to have the cast off in less than a couple of weeks and begin physio and cycling shortly after that, with the goal of being fit and ready to go for the fifth round of the MX2 championship in Mantova on May 11-12.

"Thanks for all the support I have received since the news broke, it is really nice to see so many fans reach out with their messages and it gives me even greater motivation to comeback stronger than ever. I also wish to say congratulations to my Team HRC teammate Tim Gajser for his amazing performance in winning the MXGP of Trentino. He rode really well and he fully deserved that victory." 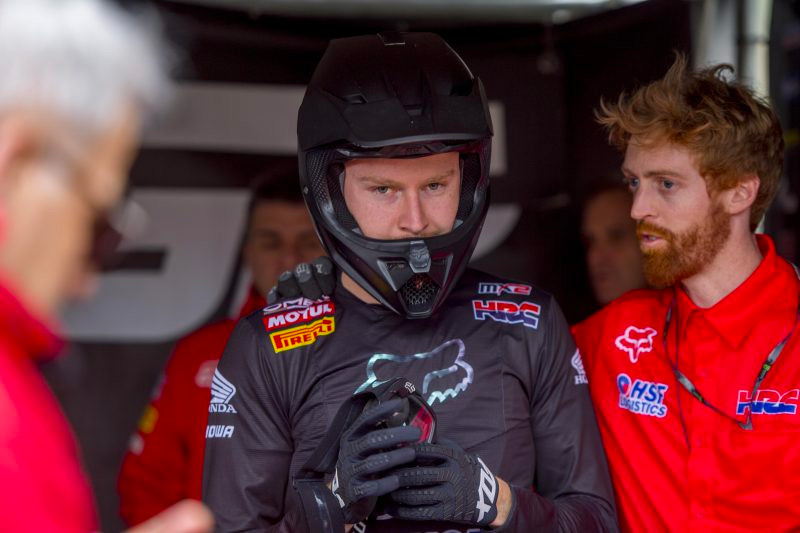 Vlaanderen is aiming to make a return at the next round of the championship on May 11-12 at the Mantova track in Italy.