HRC Riders Eagerly Awaiting For The Season Ahead 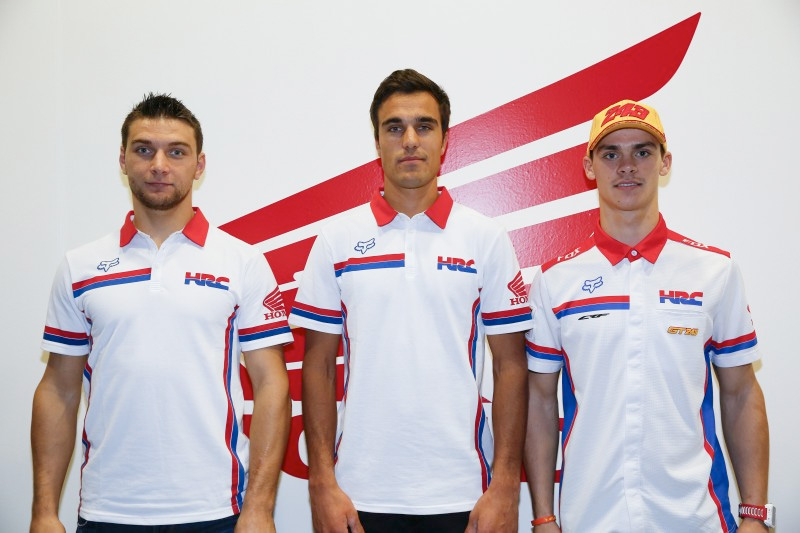 Paulin and Bobryshev, who finished second and third respectively in 2015 aboard the Honda CRF450RW, were welcomed onto the Honda stage in front of assembled media alongside fellow HRC factory riders from MotoGP, Dakar and Trial.

The 2016 season will be the seventh for Russian star Bobryshev with Honda, whilst it will be the second with HRC for Frenchman Paulin since returning to the brand after riding the Honda CRF early on in his European career.

‰ÛÏI‰Ûªm really looking forward now to getting back on the bike, which will be in one month‰Ûªs time." Paulin said. "I‰Ûªm working hard and the team are working to be ready for the first round.

"It‰Ûªs great to see the way HRC are pushing, so I‰Ûªm feeling confident, and it always feels good to be part of this family with the MotoGP riders and Dakar and Trial. Right now I‰Ûªm happy.

"This year we were learning and it took longer than I thought to get to the best level, but next year it will be a little easier because we‰Ûªve done this job already ‰ÛÒ we‰Ûªve done the learning that comes with a new team and a new bike.‰Û