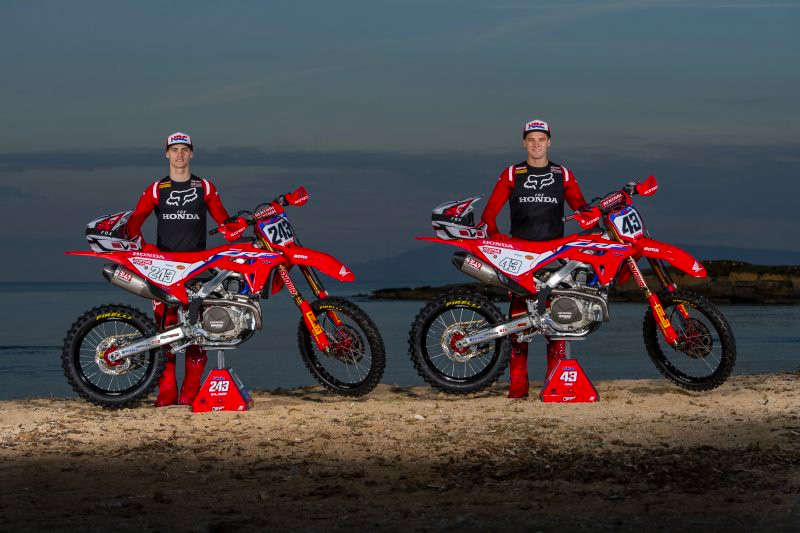 Tim Gajser (Left) and Mitch Evans
Honda Racing Corporation (HRC) announced that it has renewed its contracts with Tim Gajser and Mitchell Evans, for multiple years.

to compete in, and win the premier MXGP class. He won his second MXGP title in 2019, and is currently leading the 2020 championship*3, aiming for his second consecutive, and third total, title in the premier class.

‰ÛÏI‰Ûªm super happy to extend my contract with Honda and Team HRC," 24 years old Gajser said. "I‰Ûªve been here for the past seven years and to me this team feels like a family so I‰Ûªm really happy to stay. We will keep giving our best and we are all excited and ready to fight for the title every year and I believe this is the best place for me to be, especially on board the Honda CRF450RW. It is great to confirm this and continue our partnership that has already seen us become multi-time world champions.‰Û