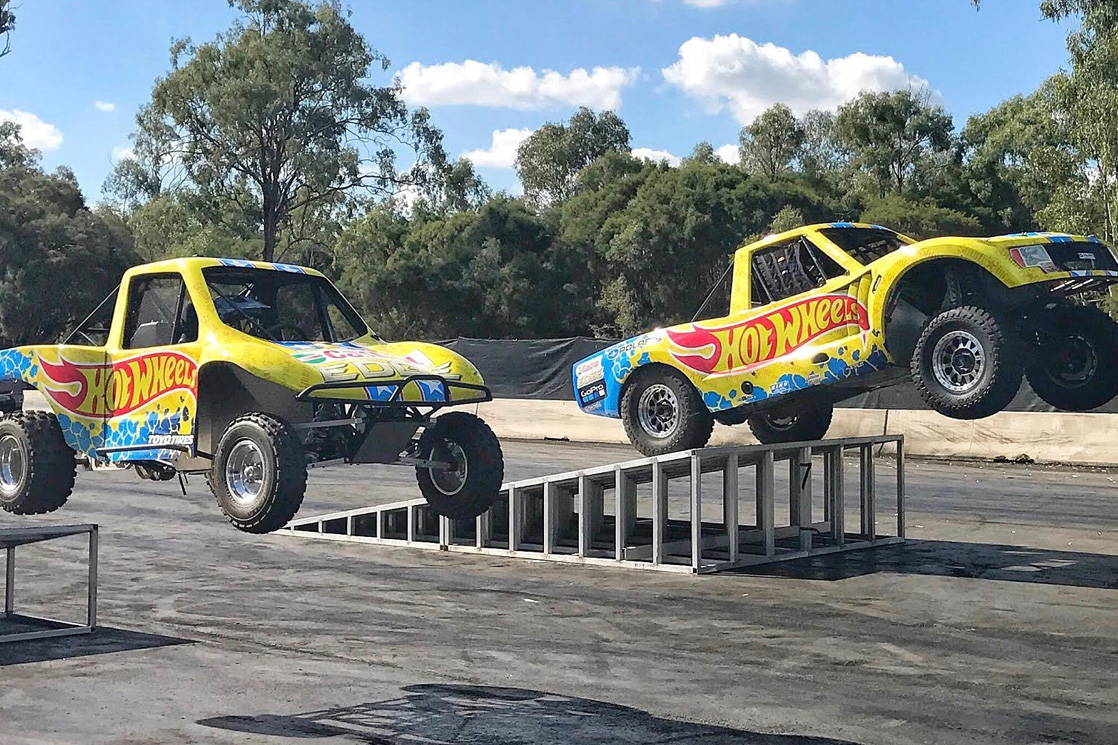 Hound 3 of the Australian Supercross Championship is set to boost the entertainment to another level, with Troy Bayliss Events announcing a host of off-road buggies and bikes to perform at GMHBA Stadium in Geelong on October 13.

Three-time world superbike champion Troy Bayliss believes Supercross has huge potential in Australia and wants everyone to see the spectacle of Supercross, with the support entertainment for the Geelong event to be almost as impressive as the racing itself.

"I have searched around found the best looking off-road buggies to race on a supercross track and got a group of motorsport friends who want to come and have some fun for the crowd," Bayliss said.

"Trophy Karts are purpose-built 450cc Off Road Mini Trophy Trucks, they are fast, fun and exciting to watch. Guys like Jeremy McGrath have raced them in America and we can't wait to have a go here in Australia."

"All up we will have six drivers coming from all different disciplines of Motorsport and the first guest to be announced is Mr Hot Wheels himself Matt Mingay, who has a dream shed full of real-life Hot Wheels cars, buggies, and bikes, and he can't wait to race in Geelong."

Hot wheels stuntman Matt Mingay says after seeing photos of the impressive Geelong stadium and the quality of events that Troy Bayliss Events produce, there was no way he was going to miss being apart of the action.

"Along with my son Madz, fans can come and grab a photo and sit in the Hot Wheels Trophy Kart. I'm also packing thousands of Hot Wheels cars and will give them all away at the Pit Party that is taking place just prior to the main event," Mingay said.

"I can't wait to meet all the fans, and then put on my helmet and mix it with some stars of motorsport."

With Supercross, legends revival appearances and the trophy kart racing on the ground, it's only fitting for Troy Bayliss Events to also head to the sky , securing the biggest airbag in Australia, set up in front of a huge ramp and will send an incredible lineup of riders ready to backflip, front flip and double backflip Dirt Bikes, Quads, Mini Bikes, 4 wheel Buggies, Postie bikes and don't be surprised if you see a Harley go upside down.

The airbags are used by Nitro Circus, Crusty Demons and X-Games riders to explore new limits in freestyle craziness, with thanks to ALL4FMX and Moto Expo Melbourne.

Bayliss hopes the Geelong round will be one of the biggest Supercross rounds in decades, with the event hosted on the biggest track and stadium of the year, and hopes to produce the best racing of the year. The list of International contenders continues to grow with the possibility of five Americans heading to our shores to take on Australia's best to chase the ultimate prize, the Australian Supercross Championship Title.

"Supercross is one of the most exciting off-road motorsports in the world. We are delivering everything people expect in supercross but we also want people who have never experienced it or motorsport for that matter, to come to Geelong to see just how exciting this sport can be," Bayliss added.

Round 3 of the Australian Supercross Championship is at GMHBA Stadium on October 13, proudly presented by Yamaha Motor Australia.

Tickets are available via Ticketmaster.com.au