Horsham to Host Fourth Edition of the Ride Green Cup 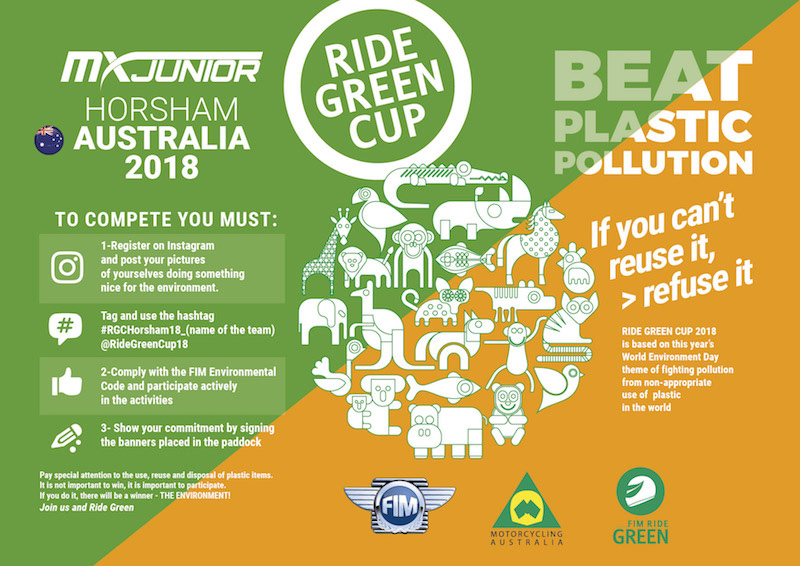 Dooen Recreation Reserve in Horsham, Australia will be the perfect venue to host the FIM Junior Motocross World Championship in 2018 and the fourth edition of the Ride Green Cup.

The Ride Green Cup is an initiative focused in raising awareness and incentivising the environmental education of the young participants, their teams, family circle and the fans in their communities and countries. The Ride Green Cup is part of a series of sustainable projects promoted by the FÌ©dÌ©ration Internationale de Motocyclisme (FIM) between its various world and regional Championships.

This year the Ride Green Cup will be presented with the full support of Horsham Motorcycle Club, Motorcycling Australia, the championship promoter Youthstream and coordinated by the FIM.

The organisers of the contest have this year incorporated new activities that promote a positive environmental behaviour both in and out of competition.

This year the competition for the Ride Green Cup is based on the current World Environment Day theme of fighting pollution from non-appropriate use of the plastic in the world, reflected in the slogan: