Horsham proves to be challenging for Raceline Pirelli KTM 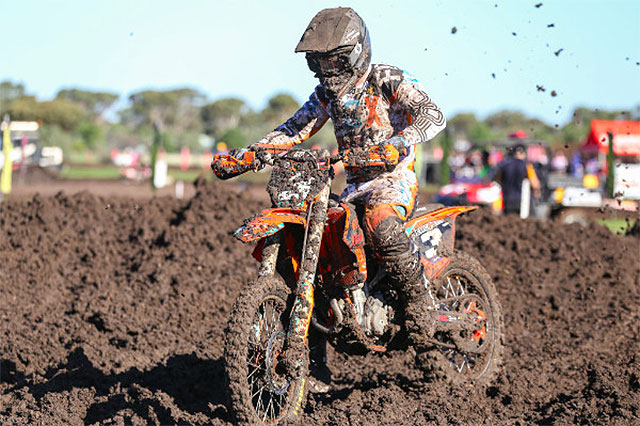 Raceline Pirelli KTM‰Ûªs Jayden Rykers and Morgan Forgarty were forced to contend with the most difficult track conditions of the series so far last Sunday, with Round 4 of the Motul MX Nationals at Horsham marking the first mud race of the championship.

Despite the weather being a sunny 19 degrees on Sunday, heavy rain in the lead up to the event meant riders were met with a complete mud fest for racing yesterday, both Rykers and Fogarty experiencing their fair share of challenges on the treacherous circuit.

MX2 rider Rykers started his day off well, qualifying in a comfortable 7th position, however when moto one kicked off, all competitors were forced to contend with a track that was more about survival than skill. Unfortunately for Rykers moto one resulted in a DNF, while in moto two, thankfully the track had dried out slightly, providing the class with more grip, and at the conclusion of the 20-minute moto the KTM 250 SX-F rider had charged his way to a solid eighth position. Despite being unable to finish the opening moto, Rykers finished in 14th overall at Horsham.

‰ÛÏI finished with a DNF, and an eighth yesterday so it definitely wasn‰Ûªt the day we were hoping for. In the first moto I was able to tuck up the inside of the first corner and come out in the top five, I made up a few positions, but with poor vision I unfortunately went down and the bike got very hot which forced me to DNF,‰Û 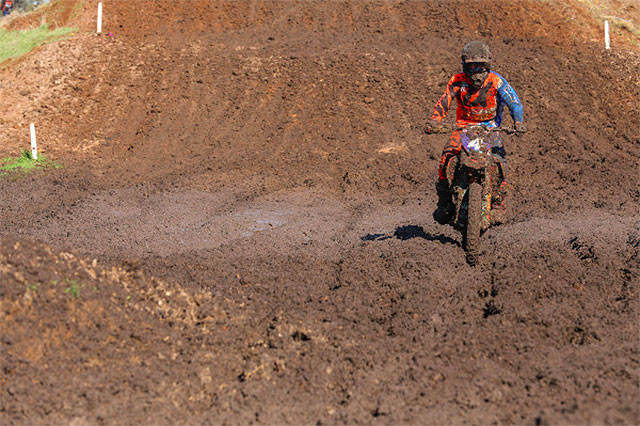 Morgan Forgarty
For Round 3 Pirelli MXD overall winner Fogarty, Round 4 at Horsham was one he would describe as challenging. After heading in to the weekend high on confidence, the Victorian rider was not satisfied when he qualified in 11th position yesterday morning. Despite not being highly experienced in the conditions he was faced with, Fogarty did well to race to 16,7 results, rewarding him with tenth overall at the conclusion of the round.

‰ÛÏIt was a bit of a weekend to forget and move on from to be honest,‰Û