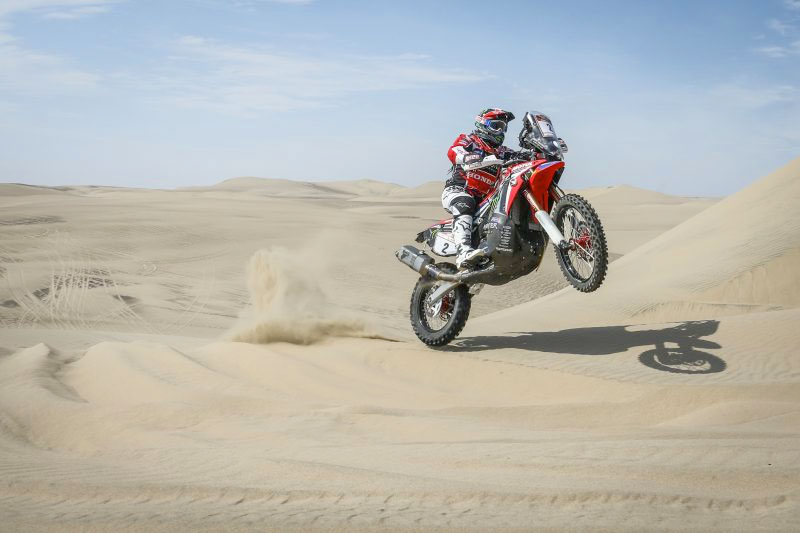 This is the third consecutive triumph for the Monster Energy Honda Team in South America this month.

The final 180-kilometre stage was a highly productive one for GonÌ¤alves, who held a solid, error-free pace and was able to catch up the preceding riders. GonÌ¤alves crossed the line in Ica with the best time of the day sporting a three minute-advantage over Australian Toby Price.

It is the team‰Ûªs third victory in as many races, all disputed in South America within a single month, following the victories of Kevin Benavides in the Atacama Rally and GonÌ¤alves, once again, in the DesafÌ_o Ruta 40.

"We have finished this important test here in Peru, the Desafio Inca. It went very well because we won the race. Today I had a starting position that could have complicated things, but Kevin did very well opening the track. I was able to push a lot and those behind weren‰Ûªt able to catch me. I am happy for myself and for the team. This was a race with riders with a very good pace. You have to stay attentive and not relax. The most important part is still to come," GonÌ¤alves said. 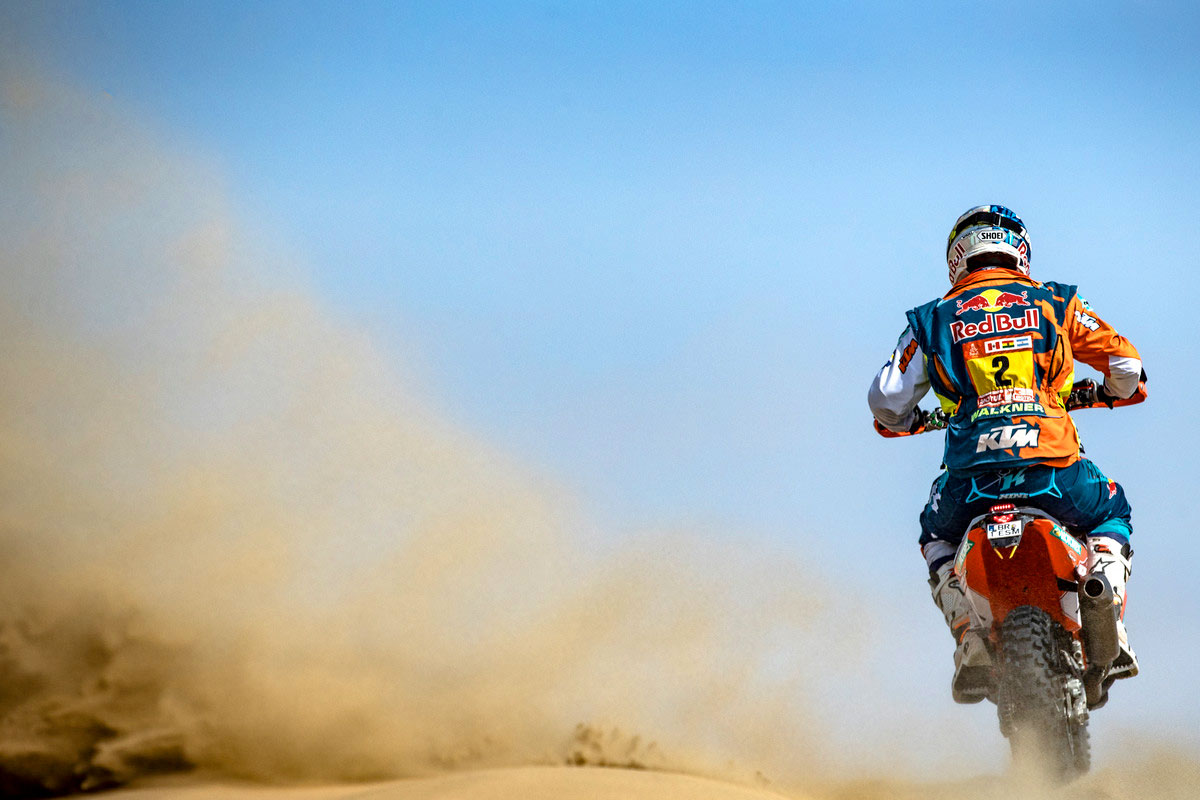 Matthias Walkner was solid all Rally and claimed the runnerup position. Photo: Marcus Kin
Matthias Walkner has successfully completed the third and final day in fourth place, enough to cement his runner-up position in the overall standings.

‰ÛÏToday was definitely the most fun of the rally," Walkner reflected. "We started three minutes apart, which meant we weren‰Ûªt all grouped up like the previous stages. I started second so I only had one track in front and had to rely on my own navigation for most of the day. The pace was really fast, but I managed my road book well and was pleased to post a good result even though we were chased down by the guys behind. Overall, the rally has been very encouraging ‰ÛÒ with the next Dakar being held in Peru it‰Ûªs good to get time on the bike and learn how to ride the dunes. Second overall has given me a lot of confidence going into Morocco, and onto Dakar next year.‰Û 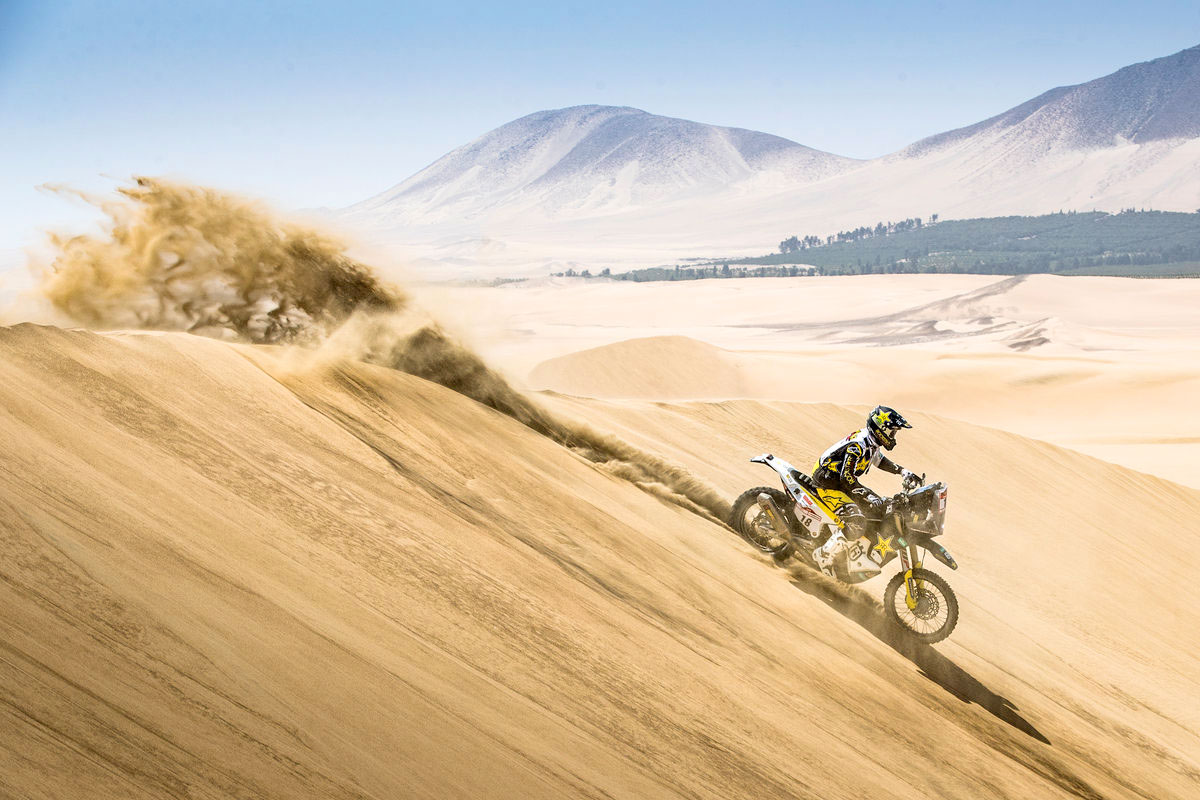 Former pro motocross and supercross racer Andrew Short had his best result since swapping to Rally racing with third overall
Putting in the best performance of his rally racing career to date Andrew Short has claimed a solid third place overall result, despite wrapping up the rally with 12th in stage three, Short was just eight minutes behind event winner Paulo Goncalves.

‰ÛÏI am really satisfied with my performance at this rally," Short enthused. "It was good to ride alongside the best riders in the world and learn from them. I could see their rhythm and how they navigate in the dunes. Stage three was quite different to the first two days. We weren‰Ûªt grouped up with the other riders so I had to navigate a lot during the day. I did my best to avoid mistakes and my speed was a little bit slower than the other two days. Overall, this event has been loads of fun and to ride that terrain over here in Peru has been really good for the future. Hopefully I can keep building on my speed and navigation so that I can be ready for the coming Dakar.‰Û 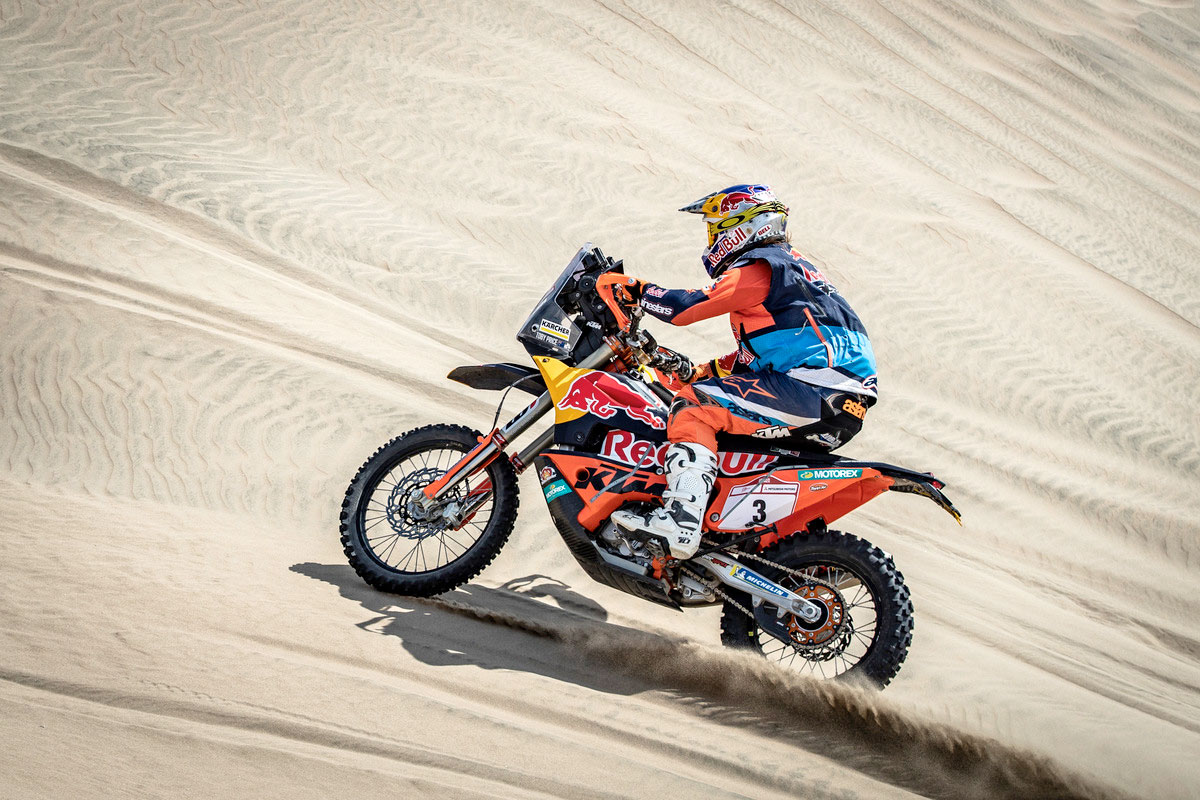 GPS issues cost Australian Toby Price dearly but the Australian rebounded strongly on the final day with second on stage for ninth overall. Photo: Marcus KIn
Following his tough stage two, where a GPS issue caused him to lose time to the other riders, Australian Toby Price was back to his best on the final day. With just one-lap of the 180km timed special to catch the front-runners, Toby rode an excellent stage, ultimately posting the second fastest time. Completing the rally in ninth position was disappointing for the Australian, but the experience gained riding here will prove extremely important come the 2019 Dakar Rally next January.

‰ÛÏDay three went well, I was glad to get a good finish on the final day," Price said. "Thankfully we were able to resolve the problem we had from yesterday and had a clean run through today. The overall result for the rally isn‰Ûªt quite what we wanted but the goal when we came here was always to get time on the bike in the dunes and concentrate on learning the navigation through the area. From here we‰Ûªll concentrate on Morocco and hopefully get a good result at the final round of the world championship.‰Û 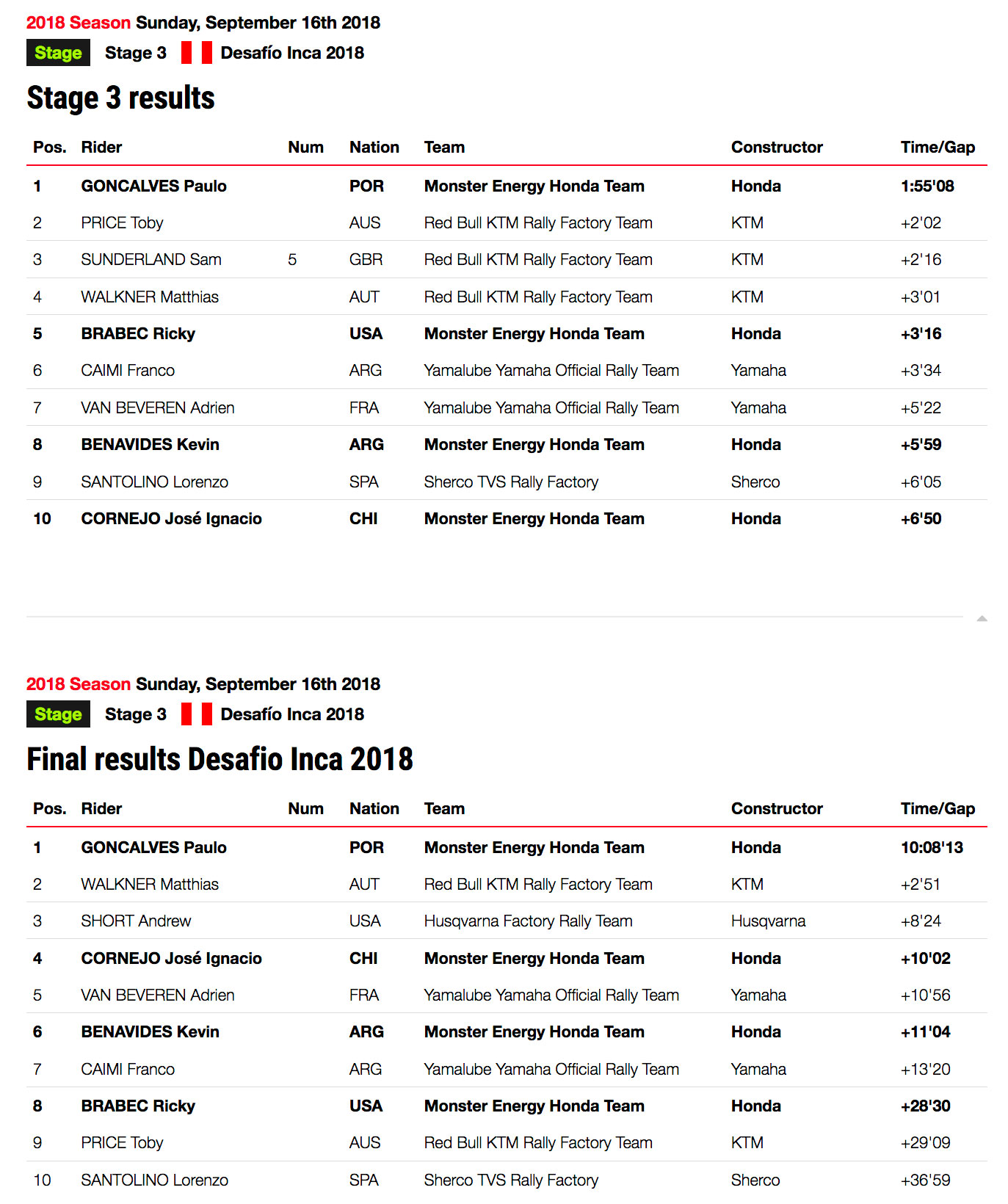