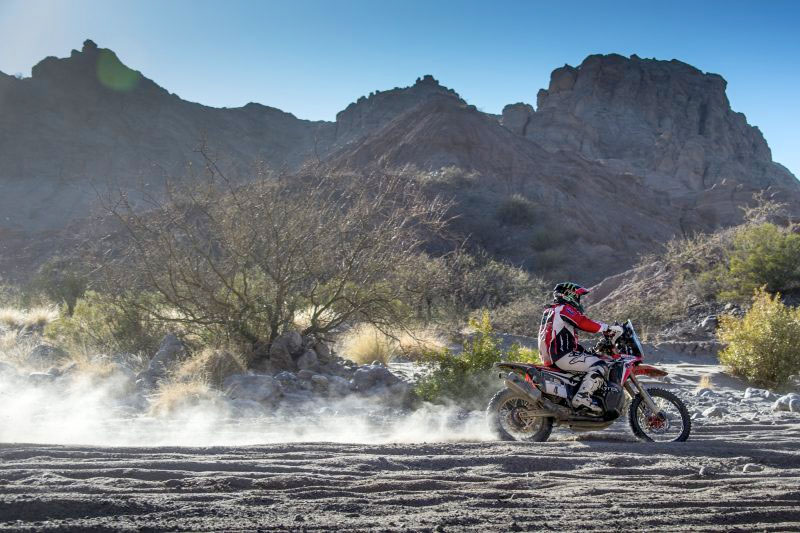 Honda's Paulo GonÌ¤alves proved to be untouchable on the day and holds a 28 second lead at the end of day one. Photo: RallyZone - Edoardo Bauer
Monster Energy Honda Team's Paulo GonÌ¤alves has won the opening stage of the 2,285km point to point Desafio Ruta 40 Rally in Argentina ahead of Pablo Quintanilla, Matthias Walkner and Australian Toby Price.

With the scrutineering, the prologue and the ceremonial start out of the way, the DesafÌ_o Ruta 40 headed out of TucumÌÁn and moved into the province of Catamarca before finishing up in BelÌ©n in a tough, complicated and gruelling stage. The roadbook read 286.51 kilometres of timed special out of a total of 573.42 kilometres on the day. Riders faced a special that included several rivers, a fair amount of rocks and off-road stretches which presented some serious dangers.

Paulo GonÌ¤alves, proved to be untouchable on the day. After setting off from fourth place, the portuguese rider set a blistering pace, avoiding the dust en route and crossing the finish line after 4:02:05, a feat which places GonÌ¤alves at the top of the overall standings.

"The stage was long and very difficult with many rivers and a lot of rocks but also a lot of off-piste too," GonÌ¤alves exolained. "I tried to stay focused and by the middle of the race I already had Ricky in sight. I pushed hard and I was able to win the stage. I'm happy but there are a lot of kilometres still to go. We have to be attentive from the beginning to the end and make it to the final goal as best we can. I hope Kevin's fall was not very serious and he can recover soon." 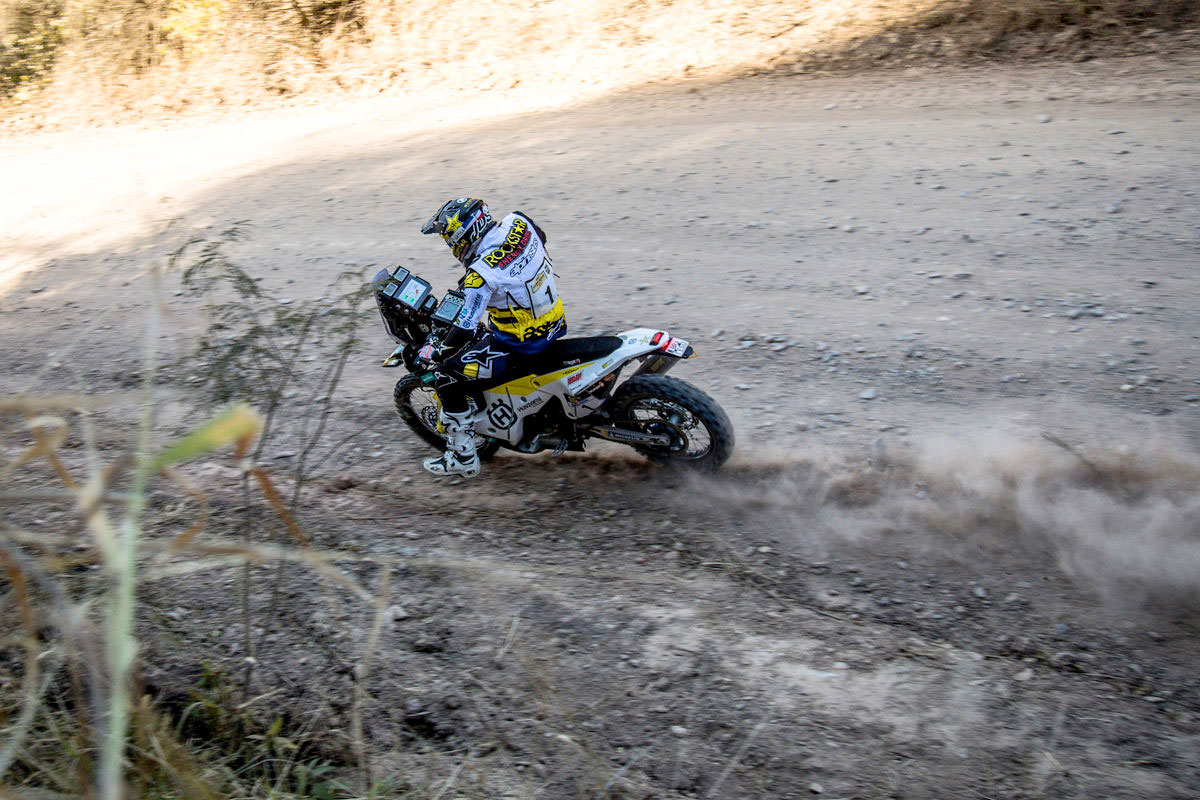 Placing fifth in the event‰Ûªs Prologue, Quintanilla made the best of his advantageous starting position for Monday‰Ûªs first and longest stage of the race. Quintanilla maintained a steady pace despite treacherous conditions in the Argentinean countryside.

‰ÛÏIt was a challenging stage one and I‰Ûªm happy with second place for the day," Quintanilla said. "The tracks were fast and there were lots of places where you had to be extra careful. It was difficult to push and you had to take some risks. To be honest, I struggled a bit to find a good pace under these circumstances, so I did my best to remain consistent and that paid off. At the end of the day, it proved to be a good stage for me and a positive to start the event. It‰Ûªs going to be a difficult week of racing here in Argentina, so I‰Ûªll do my best to avoid any mistakes and hope for the best possible result.‰Û 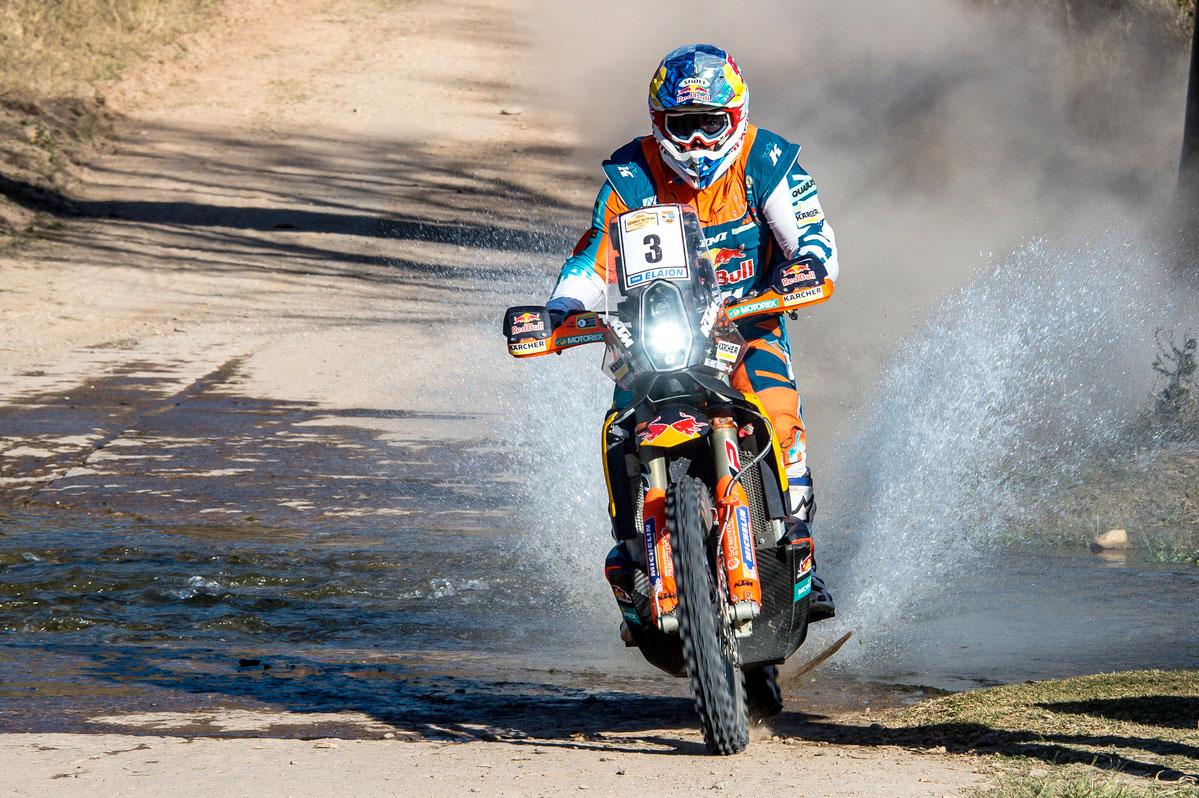 ‰ÛÏWe know Argentina can be tough and today was no different. I am pleased with my riding today, although it was difficult to know exactly how my pace was as I rode most of the stage alone," Walkner said. "A lot of the timed special was similar to last year with off-piste sections and rivers. Nevertheless, I‰Ûªm happy with third on the first day and I‰Ûªm looking forward to tomorrow.‰Û 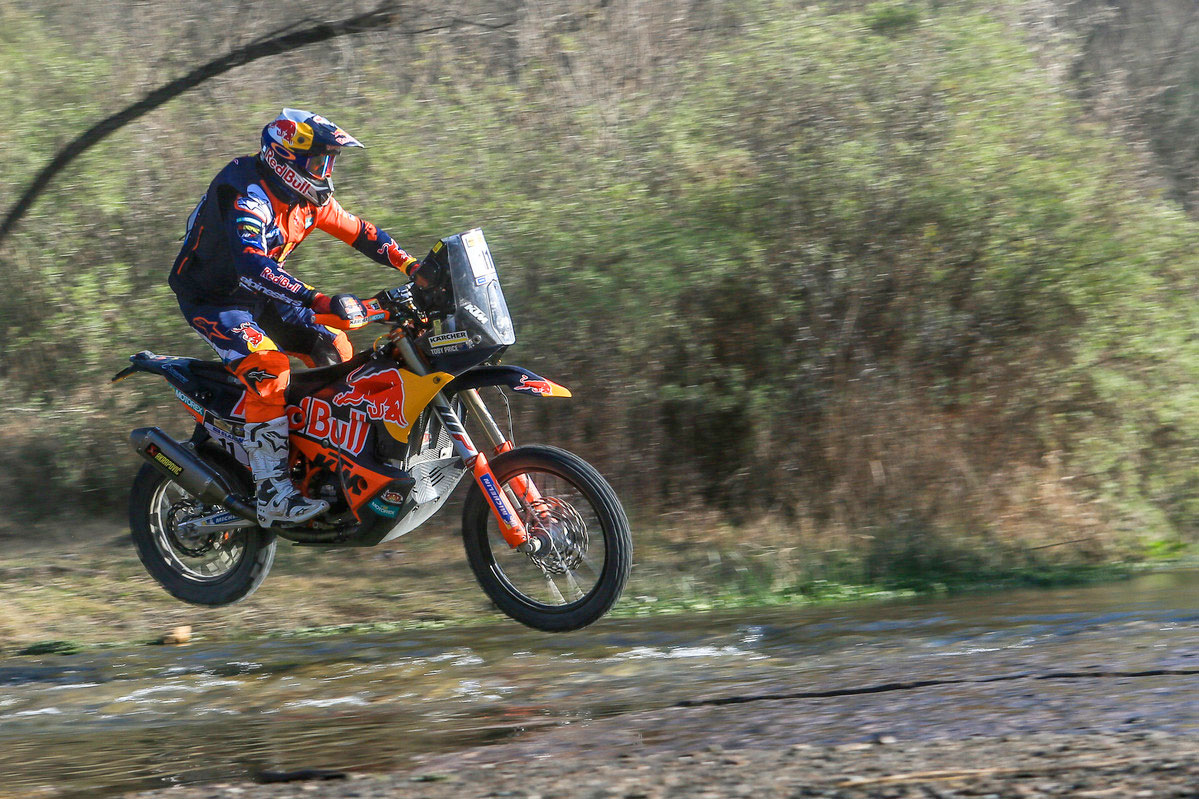 Australian Toby Price had GPS dramas but rebounded to finish fourth for the stage, just over five minutes down. Photo: RallyZone - Edoardo Bauer
Despite suffering a minor technical issue with his GPS, Toby Price still posted the fourth fastest time for the day, less than one minute slower than team-mate Walkner. Hoping for more consistency with his navigation, Price will be aiming to increase his pace on tomorrow‰Ûªs stage two.

‰ÛÏEverything was going great at first today, right up to the first fuel stop at kilometre 193. My GPS was struggling to find a signal and I ended up losing some time," the Australian explained. "All-in-all I am happy because I know I was riding well, it‰Ûªs just frustrating to lose out through no fault of your own. Hopefully everything will be sorted for tomorrow and I can keep to a good pace.‰Û 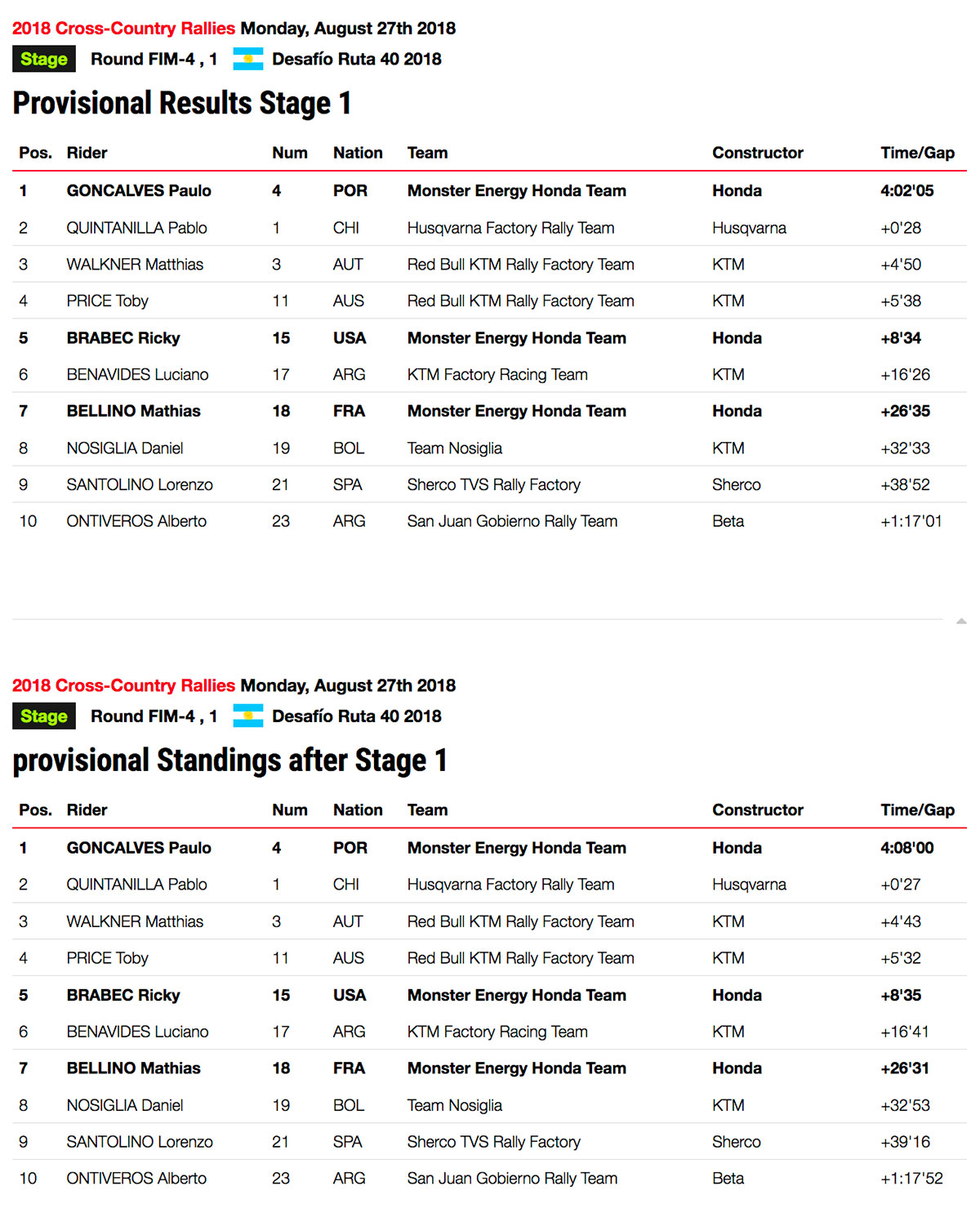