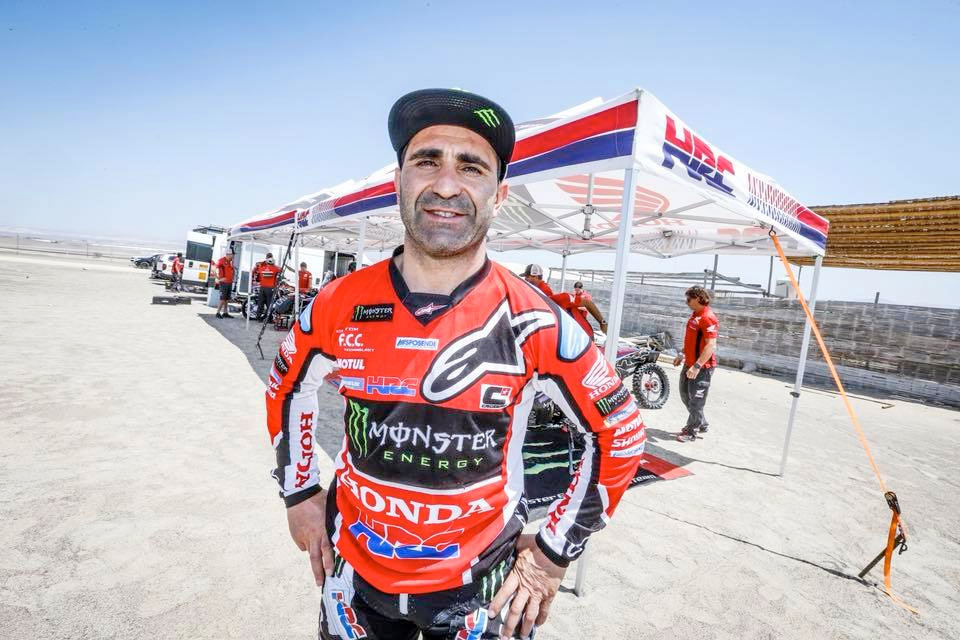 GonÌ¤alves, who had fallen at the kilometre 155 of the special sustaining a damaged right wrist. GonÌ¤alves, with twelve Dakar participations under his belt, was forced to retire from the race.

British rider Sam Sunderland stopped to assit along with HRC team-mate Nacho Cornejo. Sunderland was later awarded the time back that he spent with GonÌ¤alves which was enough for him to take the stage win.

"I don't even know how I fell," GonÌ¤alves said. "I think I hit a hidden stone and that was disguised in a fesh-fesh (Dust) area, I felt a lot of pain after the fall.

"I am unable to continue in this condition. I thank Sam Sunderland for the help on the spot!" he added.

"I stayed one night in the hospital as a precaution for dizziness, loss of sensation in the right hand and compression of some vertebra. Now I'm fine, I've been told that there's no serious problem so now it's time to recover well.

"My Dakar 2019 ended sooner than I expected. I felt good, I was riding with a steady pace to be able to guarantee a finish, but unfortunately I fell. What is done is done, we can‰Ûªt back on the past, so we have no choice but to move on," 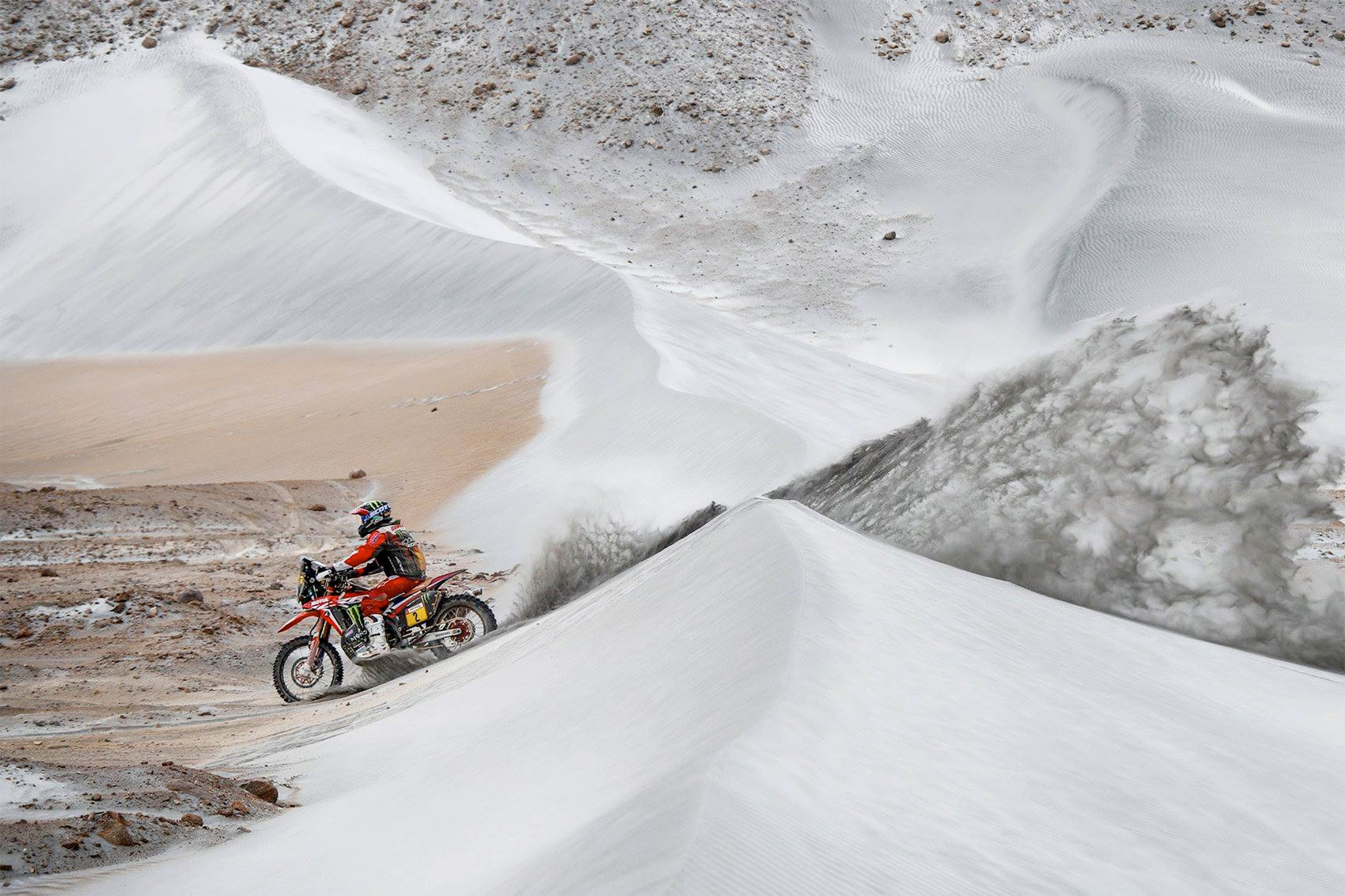 Paulo GonÌ¤alves was 8th in the general classification before his 2019 campaign came to an end. Photo: DPPI
Monster Energy Honda Team Manager, Raul Castells, added. "Complicated stage today with a line start on the second leg of the marathon, where unfortunately Paulo suffered an accident and hurt his hand. I want to personally thank the sporting gesture of Sam Sunderland who stopped to assist our rider. Fortunately, Paulo is out of danger."

Monster Energy Honda is now down to three riders after Joan Barreda was forced to retire when he got stuck navigating thick fog on stage three.

In good news for the team, American Ricky Brabec has the lead of the general classification at the half way stage,. 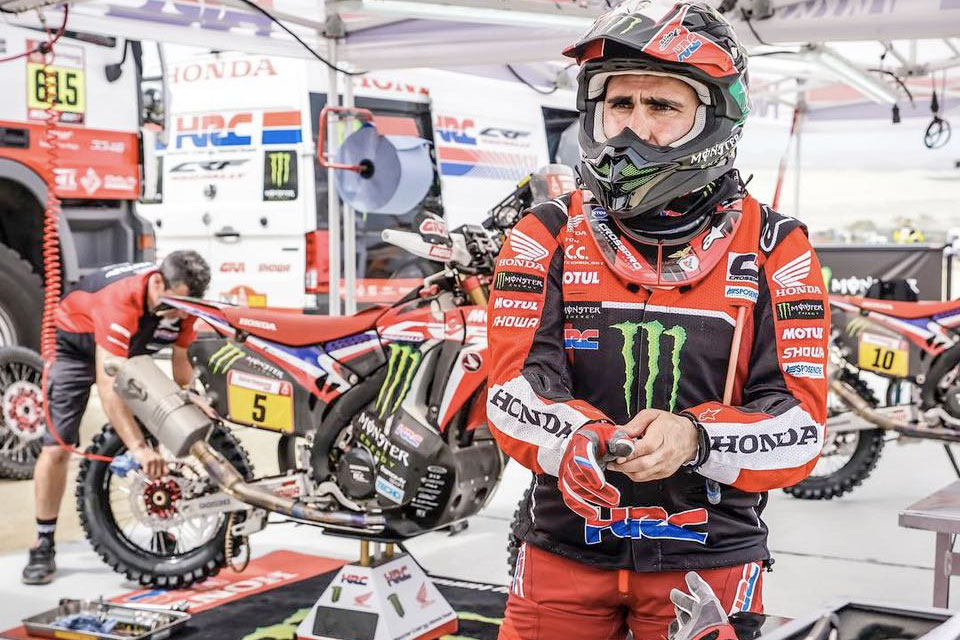