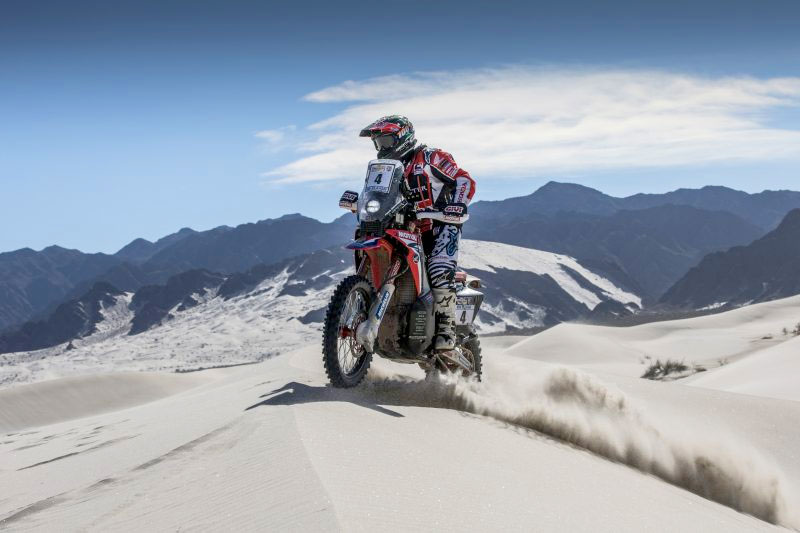 Today‰Ûªs DesafÌ_o Ruta 40 was originally scheduled to cover a total of 210.89 kilometres of special stage in the FiambalÌÁ desert, with characteristics similar to those of the gruelling previous stage with off-piste and navigation through the dunes the order of the day. However, for security reasons, race authorities decided to reduce the mileage of the special to 141.04 km with the finish-line at the CP3 location. Competitors subsequently had to return by road to the Tinogasta bivouac.

The fastest rider of the day was again Honda's Paulo GonÌ¤alves, eating almost three minutes into the lead of Pablo Quintanilla, his main rival for overall victory. The opening day winner regained the overall lead with a 1‰Ûª13‰Û 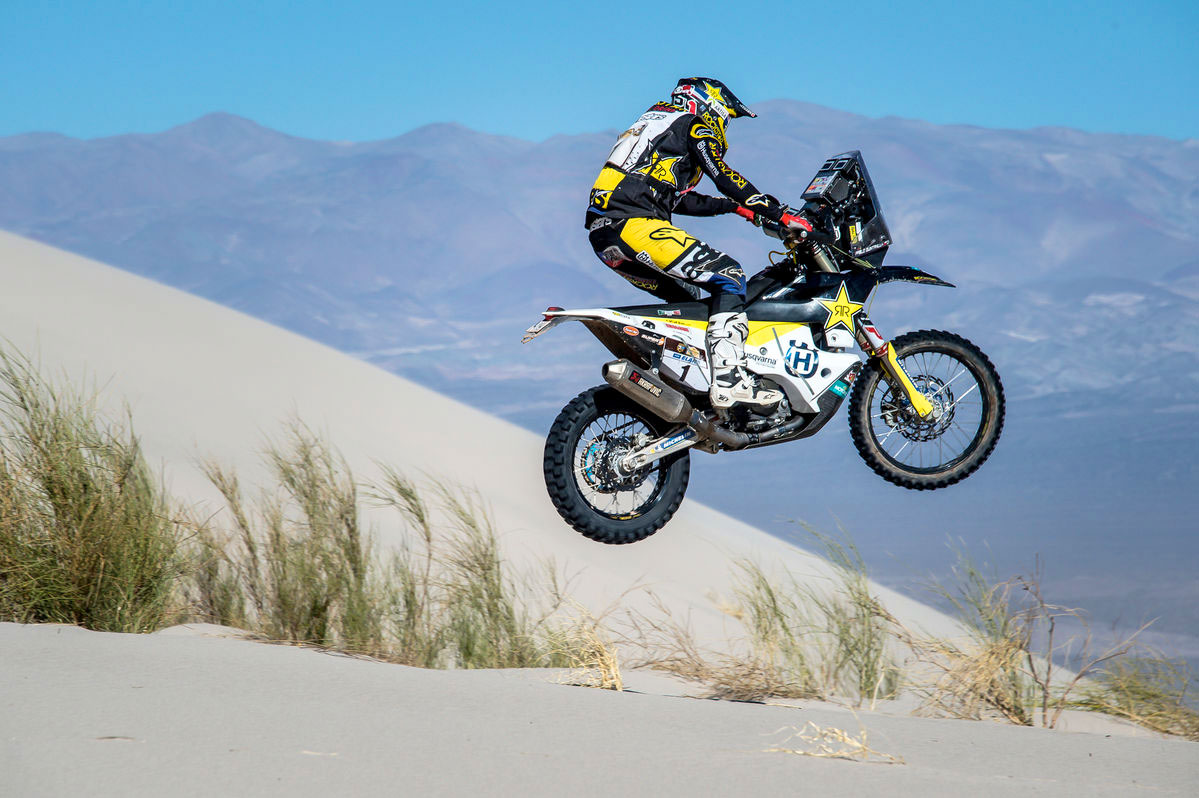 Faced with yet another demanding stage, Pablo Quintanilla enjoyed a steady pace to post the second fastest time for the day.

‰ÛÏI‰Ûªm really satisfied with how things are going here in Argentina. It was another hard stage today and my goal was to make up as much time as I could to the overall leader," Quintanilla explained. "Today we had more off-piste sections where navigation was tricky. The timed special was shortened due to problems with the GPS signal on the bikes. Nevertheless, I think we did a great job today. We have two more days for this race to finish and I feel I‰Ûªm in a good position to fight for the top step of the podium. I feel great racing my Husqvarna in these conditions and I will continue giving my best to finish this event on a high note.‰Û 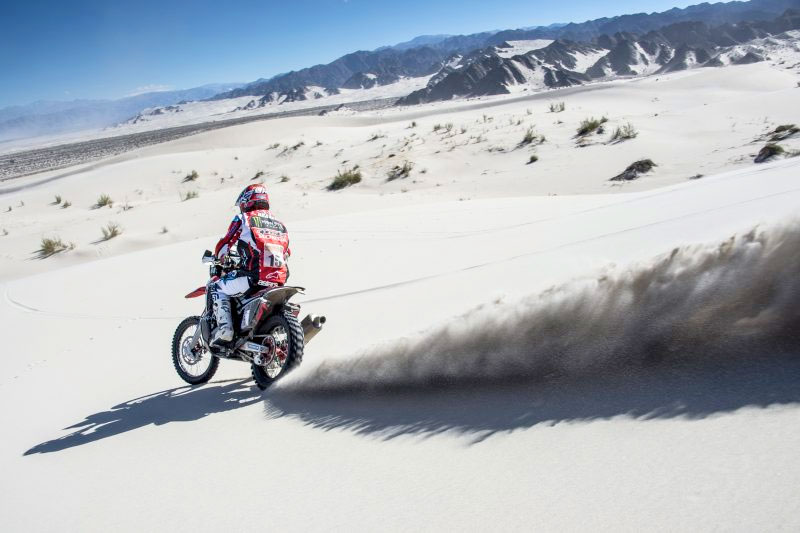 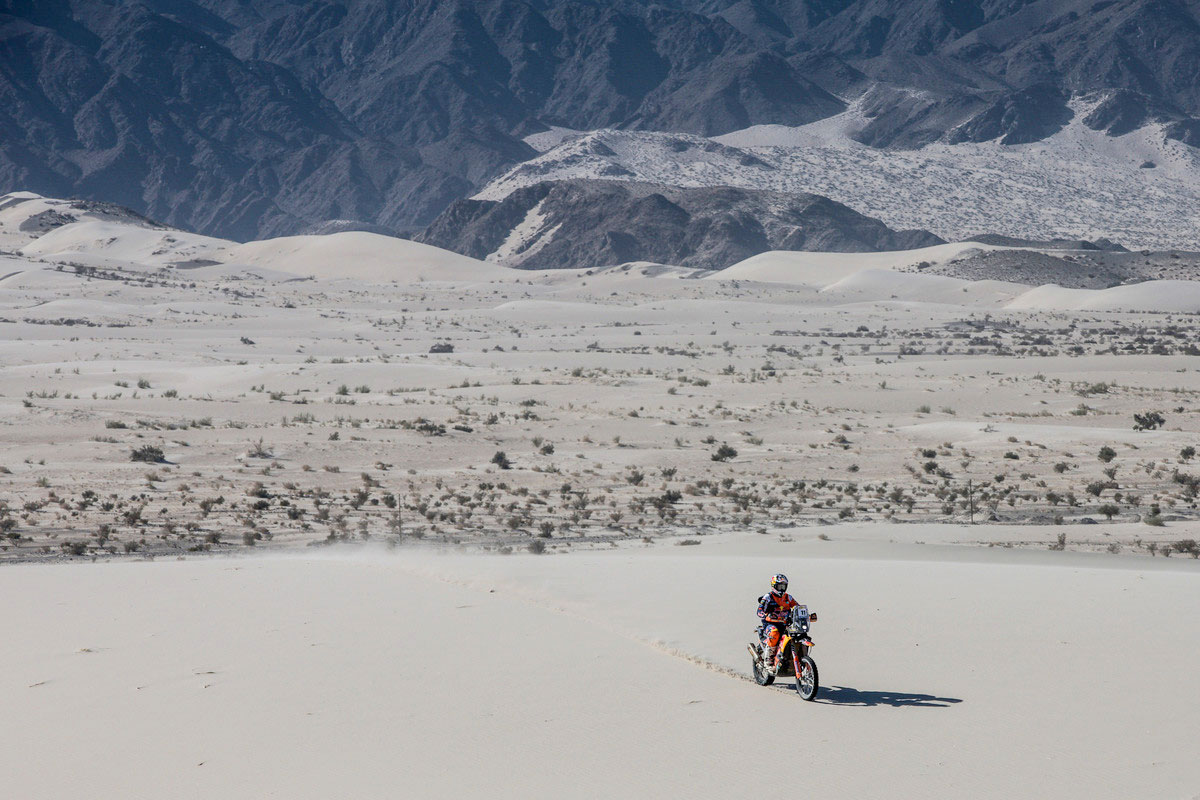 Australian Toby Price went into day three with the overall ,lead and ended it in third after finishing the stage with the 4th fastest time. Photo: RallyZone - Edoardo Bauer
Following his win on Tuesday‰Ûªs stage two, Toby Price was the first rider into the timed special. Faced with the difficult task of opening the course for the other riders Toby rode well. Despite being caught by his rivals on the stage, the Australian still maintained a strong pace to ultimately finish fourth.

‰ÛÏToday went well, I tried to keep to a good consistent pace without making any major mistakes and managed to do just that," Price said. "We got to the 145km mark and all the bikes lost GPS signal, meaning that the stage had to be stopped at CP3. Up to that point I was happy with how things were going. The guys behind caught me so I knew I was a few minutes behind, but apart from a couple of little mistakes the day was good. I have got a nice start position for tomorrow‰Ûªs stage, which looks like it‰Ûªs going to be another long and tough one. Hopefully I can claw back a little more time.‰Û 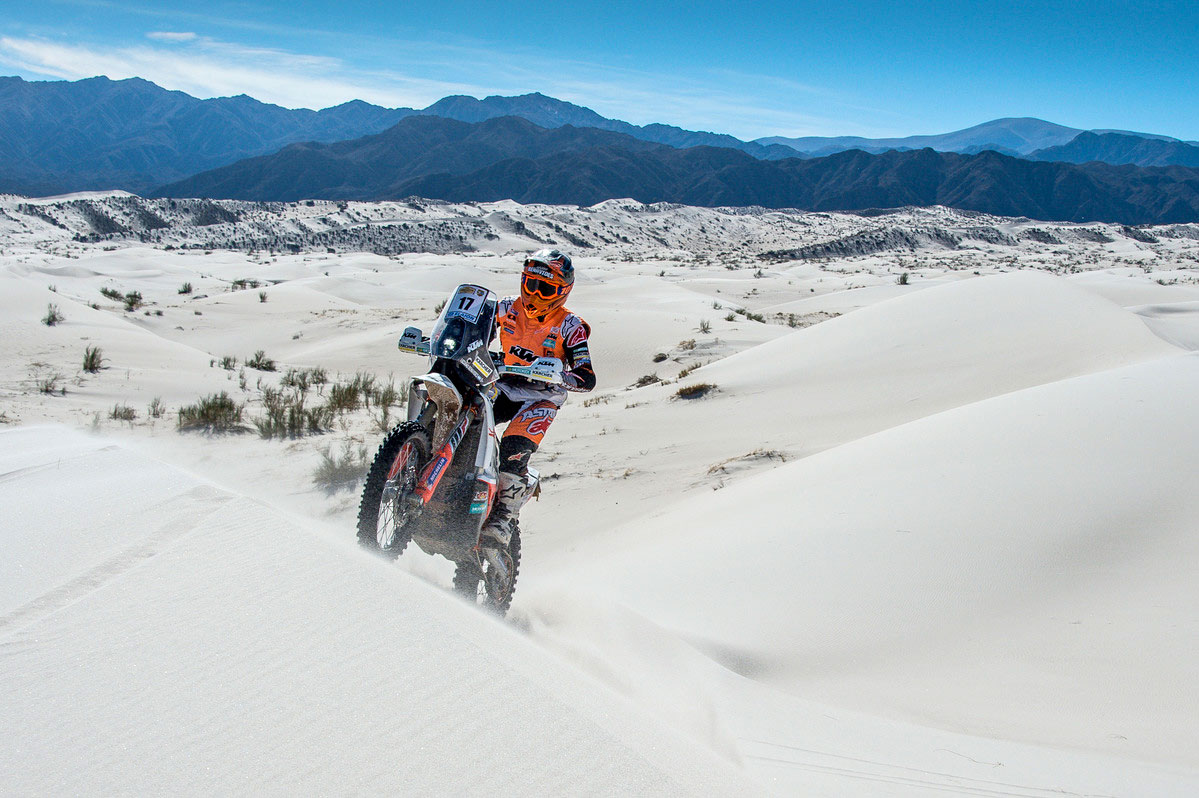 23-year-old Luciano Benavides rounded out the top five on stage and also holds the same position in the overall. Photo: RallyZone - Edoardo Bauer.
Luciano Benavides, riding his home event, continues to improve. The 23-year-old rider placed fifth on the stage, less than one minute behind Price. The result secures his fifth position in the provisional overall standings with two days left to race.

‰ÛÏStage three has been really good for me. With my confidence growing, I started more motivated that the previous days. I really enjoyed the stage, it was certainly nicer to ride than yesterday and my navigation was good throughout," Benavides said. "I did have a small crash just before the last checkpoint ‰ÛÒ I hit my knee on the handlebar - and from there I eased off the pace a little so as not to make any more mistakes or crash again. Overall though, everything went well and I am really looking forward to tomorrow.‰Û 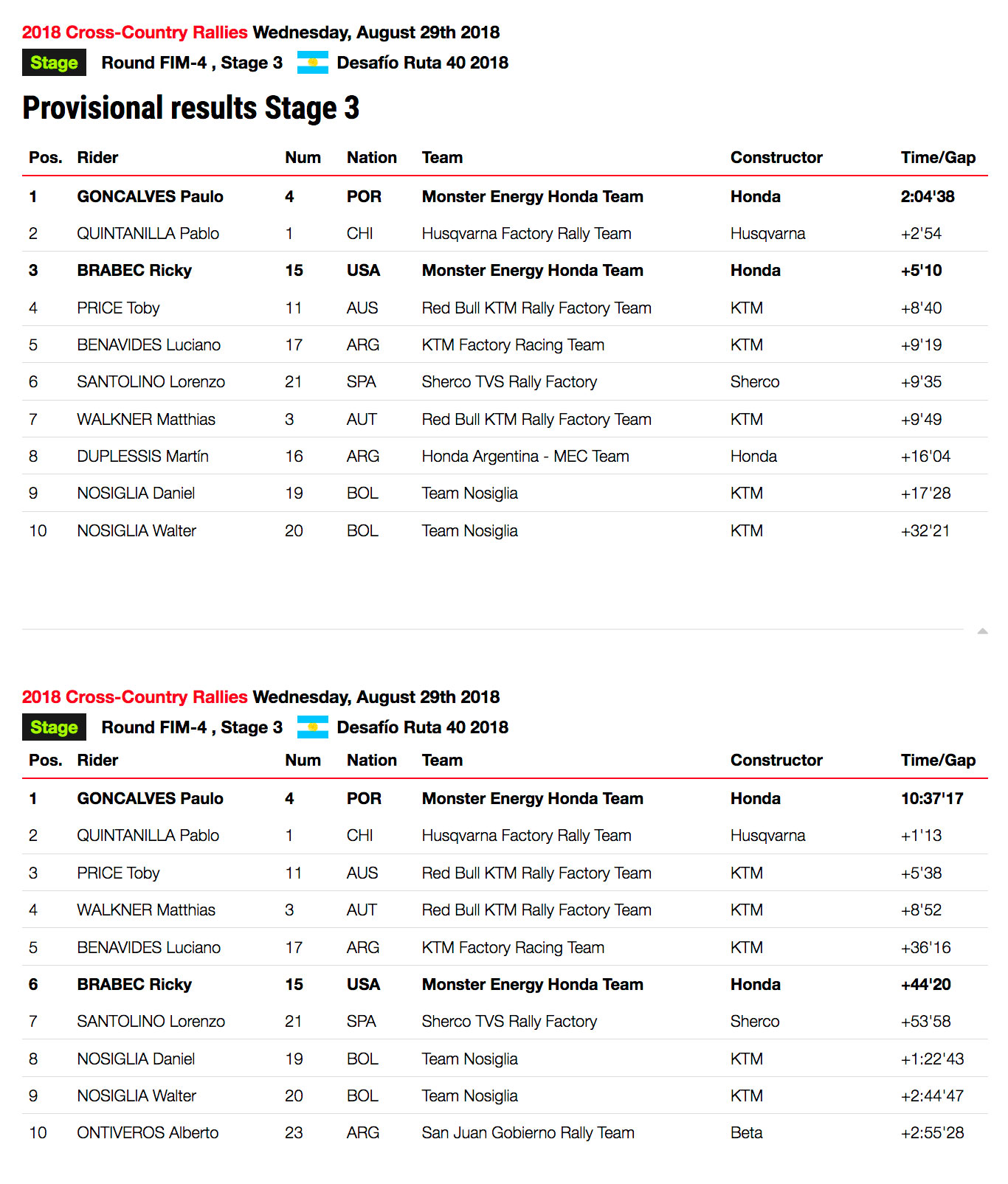