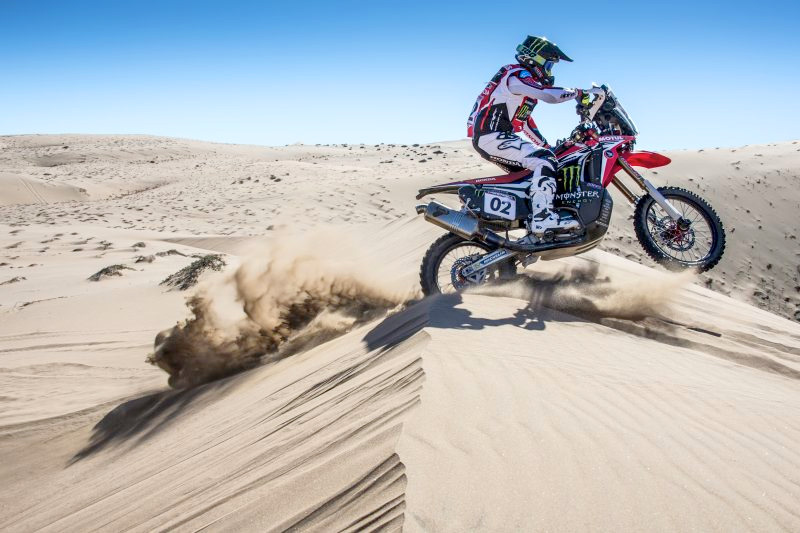 The opening stages looping special, beginning and ending in CopiapÌ_, took in a total of 266.30 kilometres against the clock. The rest was made up of 91 kilometres of liaison to form a total of 358.87 kilometres.

By the time the stage was done, the fastest had proved to be Argentine Monster Energy Honda Team rider, Kevin Benavides. A delayed start benefited the rider who was been able to set a formidable pace, strong enough to post the day‰Ûªs best time. However, with the addition of the prologue time, Benavides now lies in second spot in the overall standings.

"It was a good stage, I came from behind, trying to take advantage of some of the tracks," Benavides explained. "I also had to navigate because I saw that there were people who had got lost and there were tracks everywhere. Good pace, good feelings, and a good level of concentration throughout the race. Physically I'm fine, too. I am happy with this first stage and I hope to continue in this vein. There‰Ûªs still a long way to go." 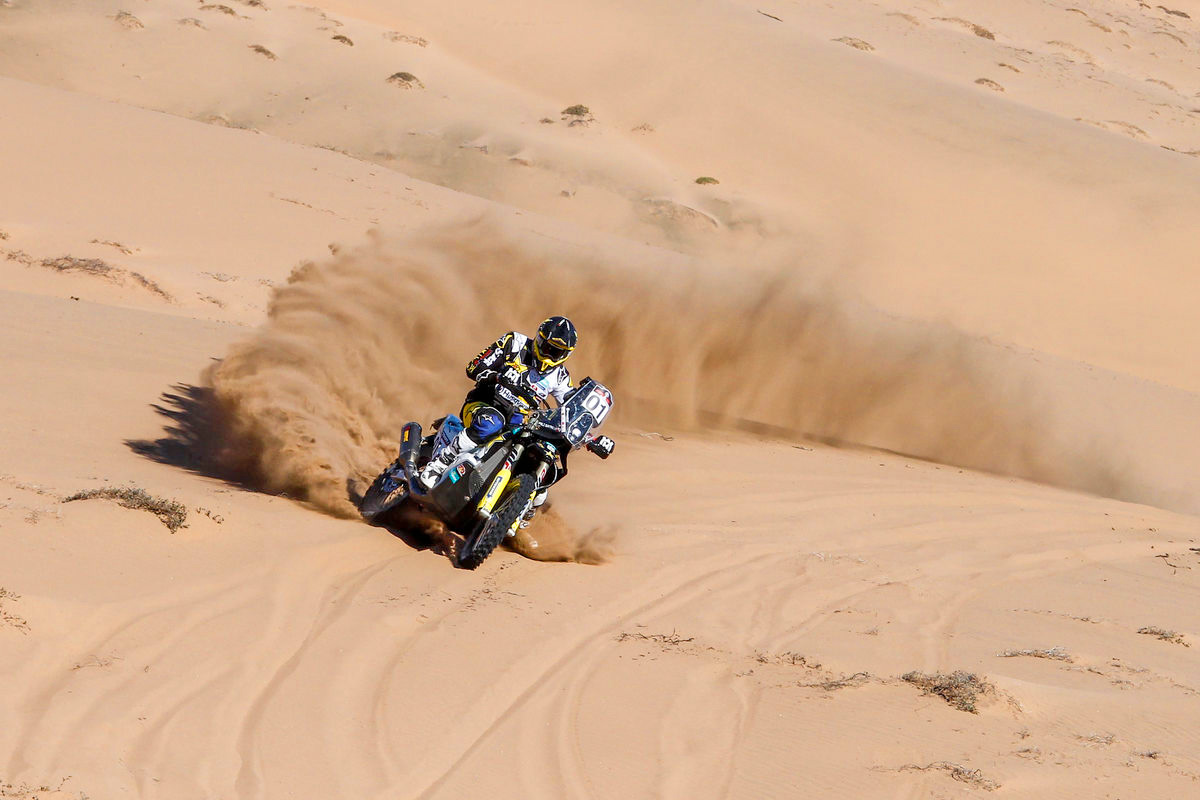 World Champion Pablo Quintanilla leads the Rally after a solid second place. Photo: Rally Zone
Following his strong performance in the short opening Prologue, Pablo Quintanilla secured a solid runner-up result on stage one and is now leading the overall by one minute and 40 seconds going into Wednesday‰Ûªs stage two.

Taking advantage of his good starting position Quintanilla was able to maintain a steady pace from the start to the finish of today‰Ûªs timed special. Posting a total time of two hours, 52 minutes and 23 seconds, Pablo was just four seconds behind eventual stage one winner Kevin Benavides.

‰ÛÏIt‰Ûªs been a good day and I‰Ûªm really satisfied with my performance on stage one," the Chilean rally star said. "This was the first full rally stage after my small injury and I felt even better than I expected. I was able to find a good race pace and maintain it until the end of the timed special.

"The way I rode today gives me some extra motivation for the remainder of this rally," Quintanilla continued. "I feel good on my bike at the moment and enjoy every moment of it. Tomorrow will probably be one of the hardest days of this rally. We‰Ûªre heading towards a new area and the terrain and conditions are expected to be quite challenging. There‰Ûªll be some off-piste sections so it‰Ûªs crucial to remain focused and avoid mistakes. I‰Ûªll do my best for another good result tomorrow.‰Û 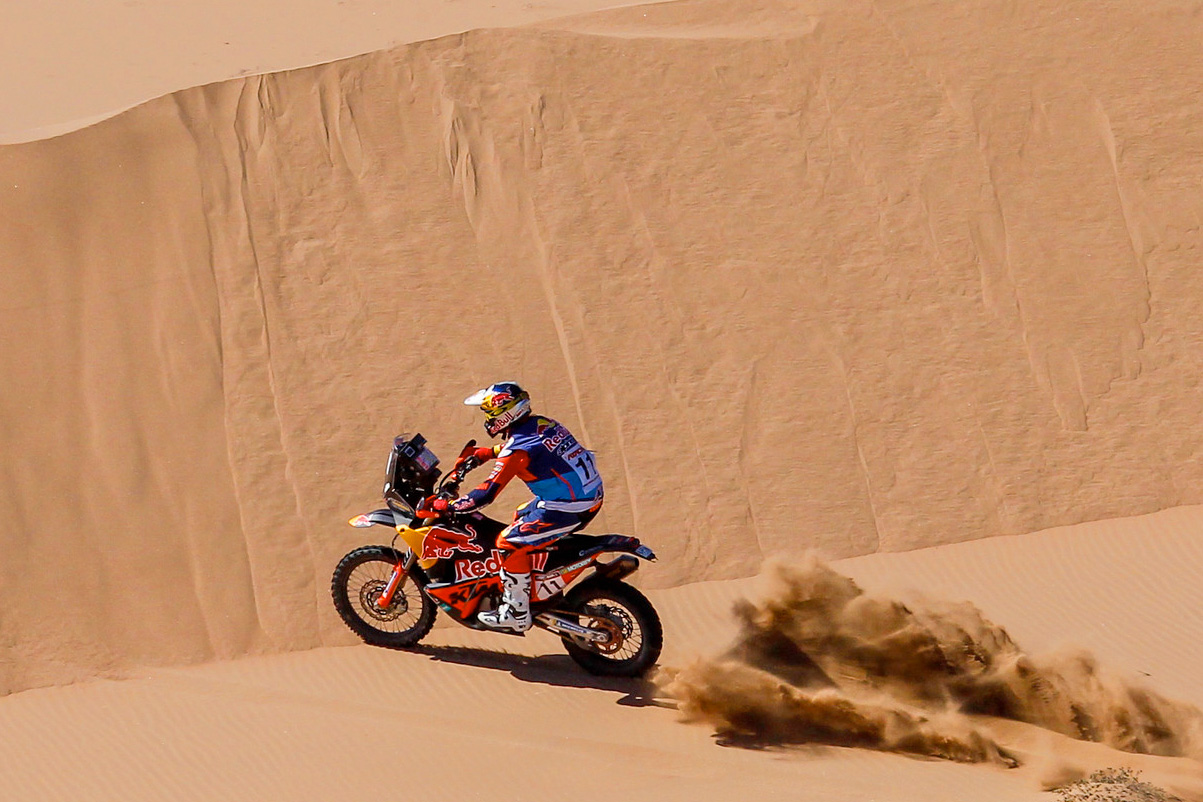 Following his excellent performance on Monday‰Ûªs short Prologue stage where he posted the fastest time, Price chose to set off as the 15th rider away on stage one. With the rally marking the first return to international competition for several months, Price decided to ride as smoothly as possible to reacquaint himself with both the bike and the tricky navigation the rally presents.

‰ÛÏThe rally has gone well so far, I decided to go for it on yesterday‰Ûªs Prologue and posted the fastest time - that gave me first choice for today‰Ûªs stage," Price explained.

"I am happy with third for today, everything went smoothly. I concentrated on navigating well and not making any mistakes this early in the event. We knew there was going to be some tricky bits in there today and I probably lost some time by being careful and making sure I was on the right track, but I made it to the finish with no big issues. The bike is really good, my mechanic has done a great job preparing it for the terrain here in Chile. I‰Ûªll continue to ride like this, smooth and hopefully with the minimum of mistakes and see where we are at the finish.‰Û 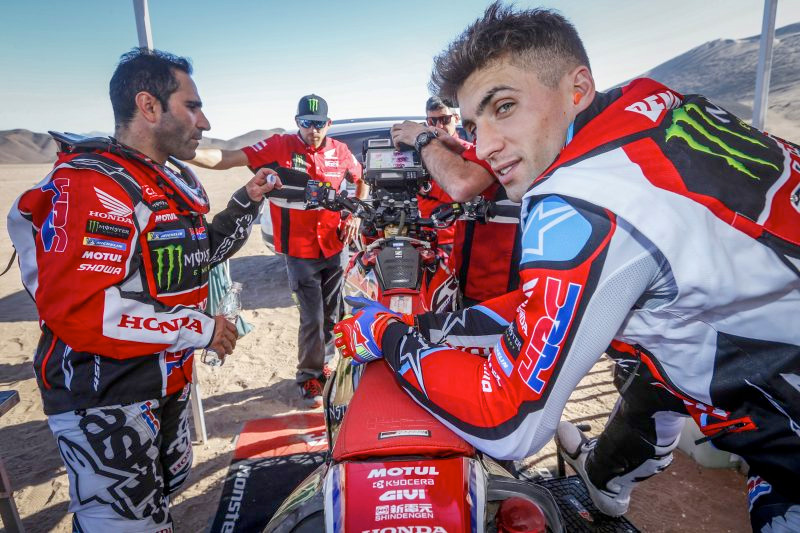 Kevin Benavides goes through a de-brief with his team-mates after winning the opening stage.
Yamaha's Franco Caimi was 5th and sits 5th overall.

The first big name casualty was Honda's Joan Barreda. Barreda started very strongly in the opening stretches of the race, but a fall at kilometre eight of the special left him in bad physical condition. The Spanish rider was able to continue until the neutralization section but at that point was forced to retire from the rally. The rider is currently under observation checks to ascertain the full extent of the injuries sustained in the fall.

Tomorrow‰Ûªs stage two is the longest of this year‰Ûªs Atacama Rally and features a timed special of 375km. Taking competitors towards the city of Vallenar in the Atacama Region, it is expected to be a long and challenging day of racing for all competitors. 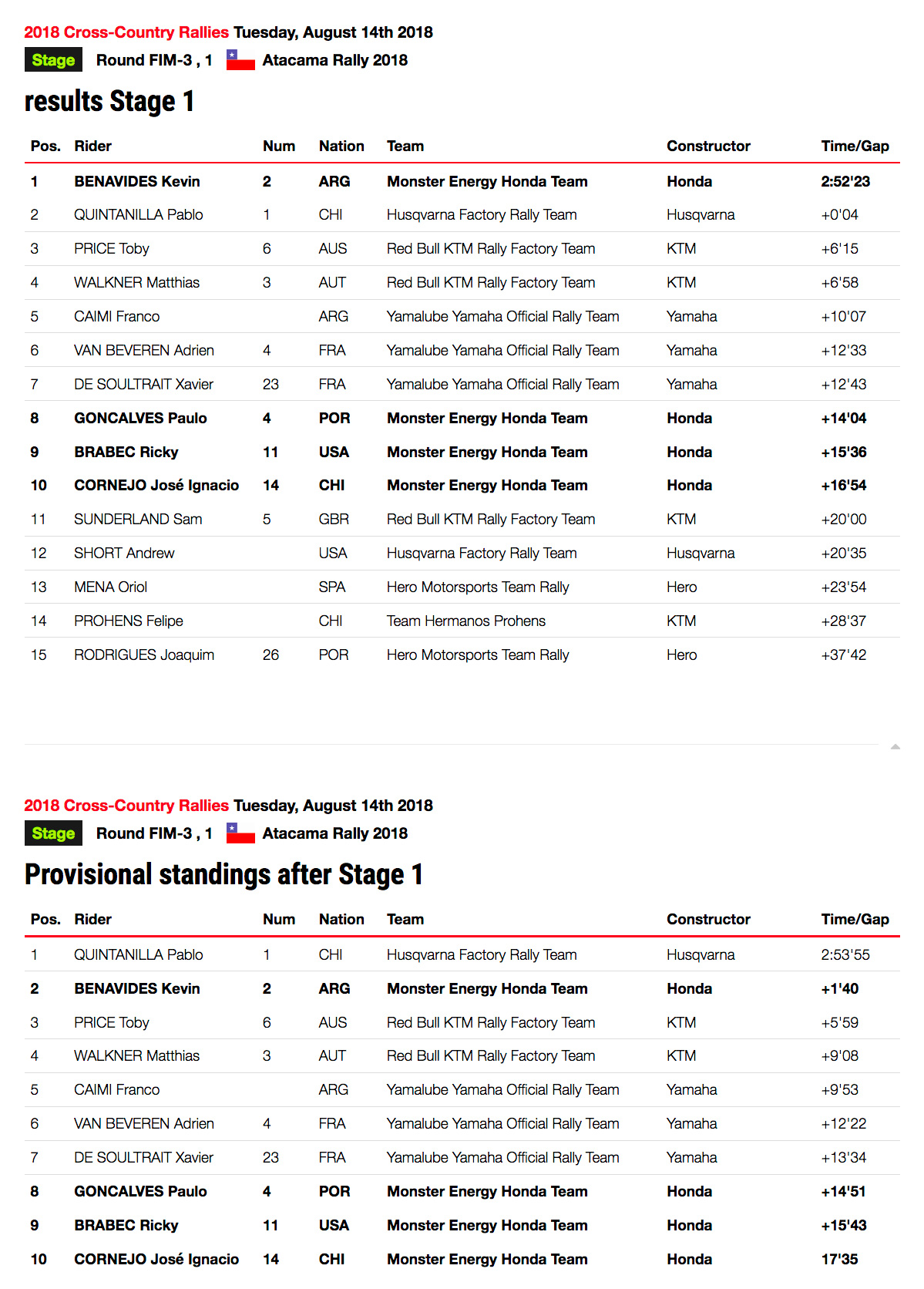