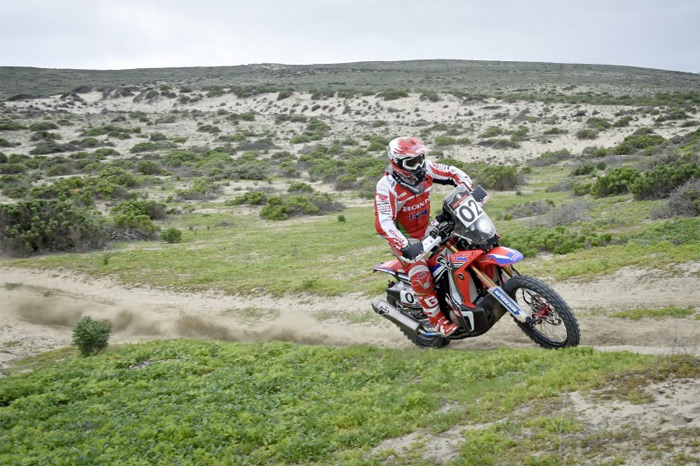 Team HRC‰Ûªs Portuguese ace collected his third special stage win as the Atacama Rally, the fifth round of the FIM Cross-Country Rallies World Championship ‰ÛÒ came to an end over the weekend.

It turned out to be a successful day all-round for Team HRC and, in particular, for Paulo GonÌ¤alves, who stormed to victory today with a ferocious pace in the 100 kilometre special stage.

The start had once again been delayed for two hours due to heavy early morning mist. The HRC rider has put in ever more consistent performances since the opening day‰Ûªs mishap which robbed him of a win in the first full stage. This persistence has paid off over the course of the week and has seen the rider continue an ascent up the overall scoreboard, posting a well-deserved sixth final place.

"Today was a great special stage." Goncalves said. "I started out very focused on attacking. I wanted to win the special and regain some of the positions in the overall rankings.

"I finished sixth and I won another stage. I‰Ûªm pleased with the work and with Team HRC‰Ûªs performance." 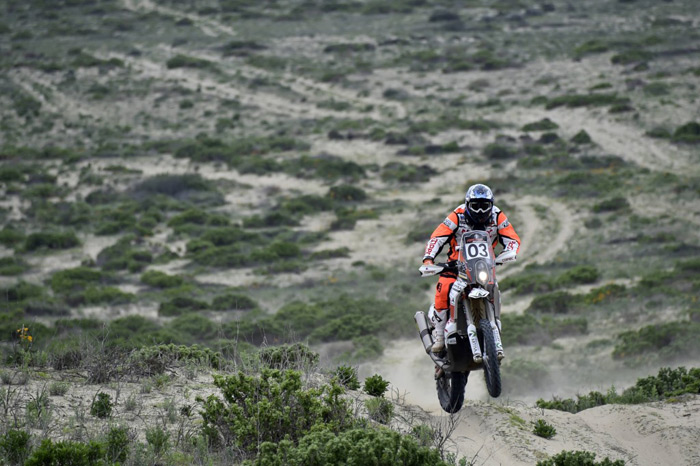 Price who lost a huge amount of time on Stage two due to speeding time penalties was able to re-group on the final three day's consistently running at the front of the field and ended the event in 10th place overall.

"Disappointed in the overall result at the ?AtacamaRally? but it's good to clock up some more miles!" Toby posted on his facebook page at the conclusion of the event.

"I finished the final day in 4th and 10th overall so I can't complain, Bring on Morocco!

"Thanks to all the Red Bull KTM Factory Racing Rally team for making me feel at home and having a great time even after my big mistake."

Top Image: Paulo Goncalves on is way to victory on the final stage of the Atacama Rally