Honda World MX1 team lifts the lid of its all new look. 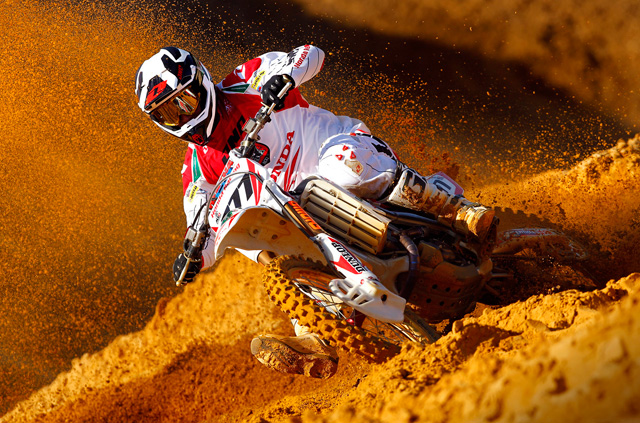 The Honda World Motocross team has an all new look and feel for its 2012 assault on the World MX1 Championship.

With riders Evgeny Bobryshev and Rui GonÌ¤alves, completing the majority of their preseason testing, it was time for the team to relax a little and do some play riding while show casing now just their new riding gear and bike livery for the upcoming season, but also to show off their specialist factory CRF 450R machines being developed by the team alongside the staff in Honda's R&D department in Japan.

Bobryshev enjoyed the freedom of getting away from testing and riding for the camera, whilst showing off his and the teams new look.

"I like it, the design of the gear is really nice and very special." Stated Bobryshev "We have had a lot of good preparation for the season and it's great to have all of the new gear."

"The photo shoot was a lot of fun in a big quarry, and it's great to see the results. It's not long now until the start of the World Championships and I can't wait." The Russian concluded 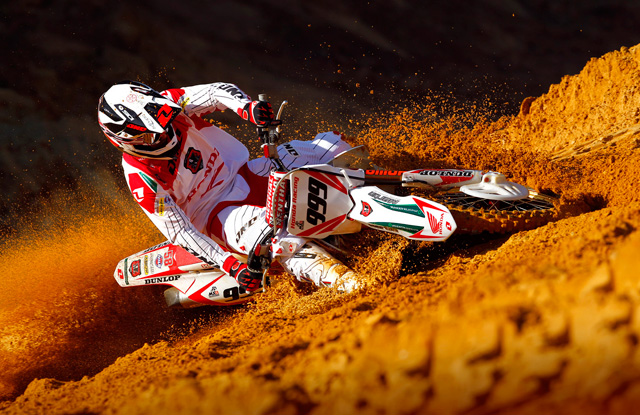 GonÌ¤alves is happy with his preparations heading into the season - Photo Credit: Sarah Gutierrez
Teammate GonÌ¤alves also had fun over the two days and was impressed by the special attention his new riding outfit received.

"The photo shoot was two long days, but was but a lot of fun and it's great to see the outcome." Said Goncalves. "The riding gear looks really good and having the 999 on the pants makes it very special. The design is really nice."

With the season now only weeks away the Portuguese born rider is happy with his preparations heading into round one at Valkenswaard.

My preparations are going well, so we're just about ready for the Grand Prix races to start. The bike is feeling really good; we've all been working so hard and I'm very proud to be part of this special project." He concluded.