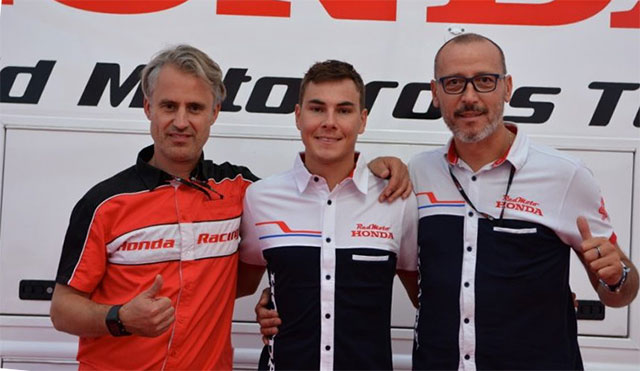 Honda has partnered with the Assomotor Honda team for 2017, competing in the MXGP FIM Motocross World Championship, and a renewed and competitive rider line-up.

Valentin Guillod joins the Honda stable, and the Swiss will bring the tenacity and speed he showed this year to the CRF450R in 2017, building upon a rookie year in the big-capacity class which saw him take a third in the opening moto at the MXGP of Great Britain on his way to finishing the championship ninth overall, one year after being in contention for the 2015 MX2 World Championship.

‰ÛÏI‰Ûªm really happy to be part of the Honda family, and I‰Ûªm really looking forward to trying this new CRF450R," Guillod said. "I watched Bobryshev riding on it the last GPs, and it was impressive. I‰Ûªm going to ride for the first time out on the Honda CRF450R at the Geneva Supercross 2-3 December 2016, and I will do all that I can do to represent Honda and the team in the best way in the MXGP class.‰Û