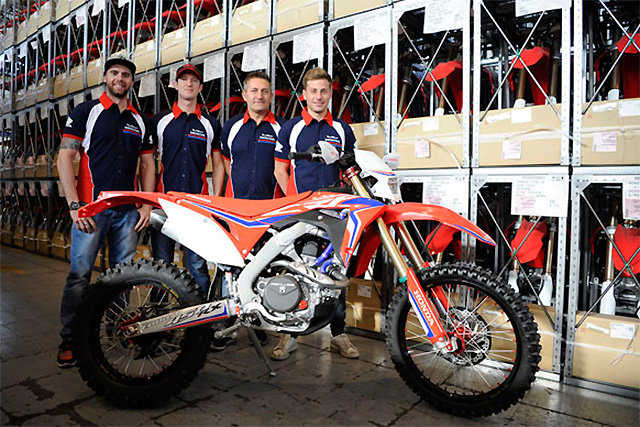 Despite rumors that the Honda RedMoto Team would no longer be in the EnduroGP paddock in 2018 it has been revealed the team will continue in the 2018 Maxxis FIM EnduroGP World Championship.

New team manager Matteo Boffelli, who will be assisted by Enduro legend Tullio Pellegrinelli, has just announced the squad who will ride for the Honda team next season.

Italian Davide Guarneri is the only rider to renew his contract after the former MXGP rider had his best season 2017, where he finished 6th in the Enduro 2 class. Although he took some time to find his rhythm, Guarneri quickly upped his game, taking three podiums in a row. The 33-year-old rider will ride the CRF 250R Enduro in the Enduro 1 category.

Honda RedMoto has recruited the experienced Italian Thomas Oldarati. After 11 years of loyal service under the colours of KTM and Husqvarna, the 2008 Junior World Champion has decided to switch things up, he will be in the Enduro 2 category on the CRF 450RX Enduro.

Finally, to complete the team, Matteo Boffelli has recruited Emmanuele Facchetti. An Ex-TM Factory Supported rider, the Italian will be in the Junior category for his second full year in the EnduroGP Championship and will certainly hope to join the Top 5 in the under-23 category.