Honda MXGP eager for the fight in Spain 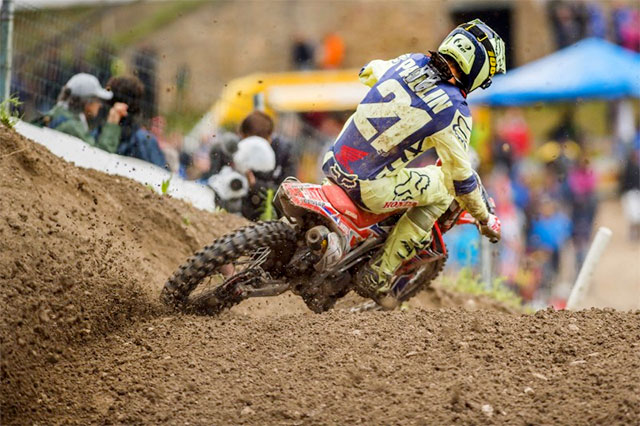 This weekend‰Ûªs MXGP of Spain at the classic Talavera de la Reina track marks the halfway point of the 2016 MXGP World Championship, and both Evgeny Bobryshev and Gautier Paulin are eager for the fight.

After missing five rounds through injury, Paulin is getting back into his racing stride and will be looking to build on his return in Italy two weeks ago. Whilst the weekend didn‰Ûªt quite go to plan after getting caught up in a first corner crash in race one, Gautier showed that he‰Ûªs lost none of his strength on the bike with a determined performance that impressed many after so long off the bike.

Now, with more time practicing on the CRF450RW since Arco di Trento and significantly more seat time under his belt now, he‰Ûªs going to be faster and stronger still.

‰ÛÏIt was good to be back racing in Italy and although the result wasn‰Ûªt what we wanted with the crash, the speed is there," Paulin said. "I‰Ûªve had a good two weeks of training, testing in Spain and also some Dunlop tyre testing, so I hope this weekend I can ride without pain and get back fully my race rhythm.‰Û 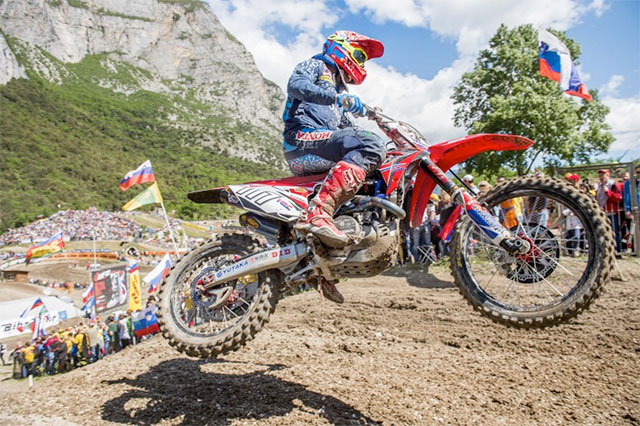 Evgeny Bobryshev was on the edge of the podium at the venue last year, and will be hoping to take another step as he chases third in the World Championship. The Russian has been strong in the last two races despite nursing a shoulder injury, but as that gives him fewer problems race-by-race, you wouldn‰Ûªt bet against the Russian to continue the top-three run he started with race two in Germany, and continued with the second moto in Italy.

‰ÛÏSince Trentino I‰Ûªve been on the bike and riding a bit but also taking it a little easy," Bobryshev explained. "I had quite a relaxing weekend, although I also did a 120km cycle competition in Eindhoven‰Û_! It was my first time doing something like this, and I was pretty sore after 80km but good fun!

"We‰Ûªve also been riding in France as the weather‰Ûªs better there, and things are going well," the Russian added, "My shoulder is so much better than even in Italy. It‰Ûªs getting stronger, and now I‰Ûªm able to ride without painkillers. It‰Ûªs still missing a bit since before the crash, and it feels tired after an evening of riding, but I‰Ûªm feeling a lot stronger.

"After Latvia there was a double hit because I missed time on the bike and also had the pain to manage, so now I'm able to spend more time on the bike and it‰Ûªs much more easy for me to race and to manage the speed. Talavera is quite a tight track so it‰Ûªs not always the best for racing, but I like the track and the ground so I hope we can continue to build upon the top-three finishes in the second motos in Germany and Italy.‰Û 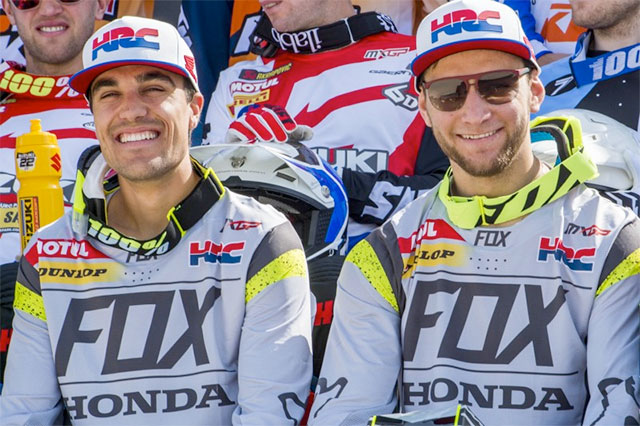