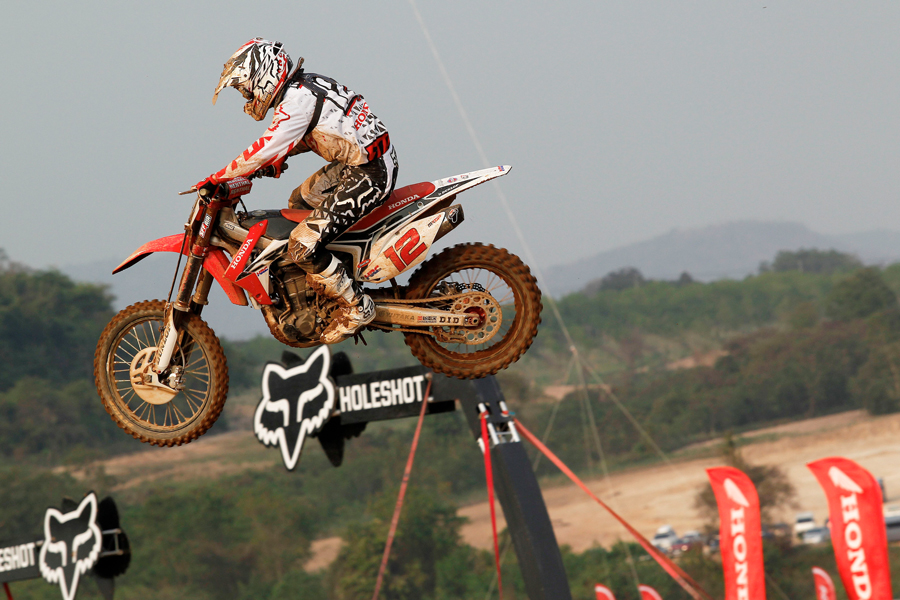 For round three of the FIM Motocross World Championship, the cream of the crop head to South America this weekend for the MXGP of Brazil.

Held at one of the nation‰Ûªs largest theme parks, Beto Carrero, it‰Ûªs a typically Brazilian festival of a grand prix. The Beto Carrero track is unique in that it‰Ûªs the only event of the year based within a theme park, and the Brazilian passion for sport, in what is a significant sporting year for the nation, makes it a true spectacle.

Following impressive showings in both Qatar and Thailand, Team HRC‰Ûªs Max Nagl will be looking to build upon his current standing of 2nd overall in this year‰Ûªs championship riding the Honda CRF450RW.

‰ÛÏI‰Ûªve been doing a little bit of training since Thailand and getting on the bike a bit, but I had pretty long jet lag after the race ‰ÛÒ for almost the whole week I was really tired." Nagl explained. "But now I‰Ûªm fine again and looking forward to Brazil.

Last year was already going pretty good there. It‰Ûªs a nice track with a stadium feeling and a lot of jumps that I like. This year it‰Ûªs run earlier in the year though during their rain time.

It looks pretty wet out there already, but I hope not too much as it‰Ûªs really difficult to ride if it‰Ûªs too wet. But it‰Ûªs always a fun place to go and the food is really good!‰Û 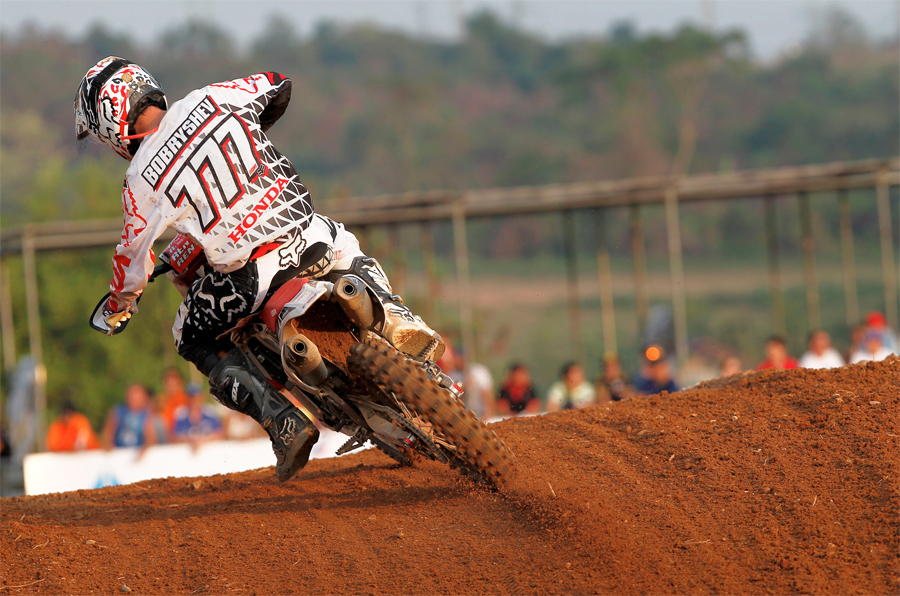 Evgeny Bobryshev will also be looking to build on a solid start to the season, though his focus in Brazil will be on safely continuing the rehabilitation of his ankle following recent surgery.

"I like the GP of Brazil a lot." Bobryshev admitted. "It‰Ûªs one of the best runs of the year, and it‰Ûªs very good for the spectators too. You could call it a Honda event because Honda Brazil put lots of effort into it and the second round in Goiania.

"It‰Ûªs a very good track for me ‰ÛÒ the compound and the design. It‰Ûªs a technical track with lots of good jumps. It‰Ûªs a busy lap ‰ÛÒ high speed with big jumps, and it‰Ûªs really beautiful.

"I really enjoy riding this track. It‰Ûªs usually very tight between riders with lots in the same second, so the start is very important. I have to get my ankle a bit better but I‰Ûªve started to train a little on it with some cycling and swimming.

"But after the operation I feel fine and am really looking forward to getting back on the bike."

The infamous Brazilian weather is set to play a part once again in 2014, particularly as this season the race is held earlier in the year, during the region‰Ûªs rainy season.

Top Image: Max Nagl will be aiming for another race race win in a bid to close in even more on the championship points lead this weekend
Credit: Honda Racing