Honda Endurance Racing to contest the 24 hours of Catalunya 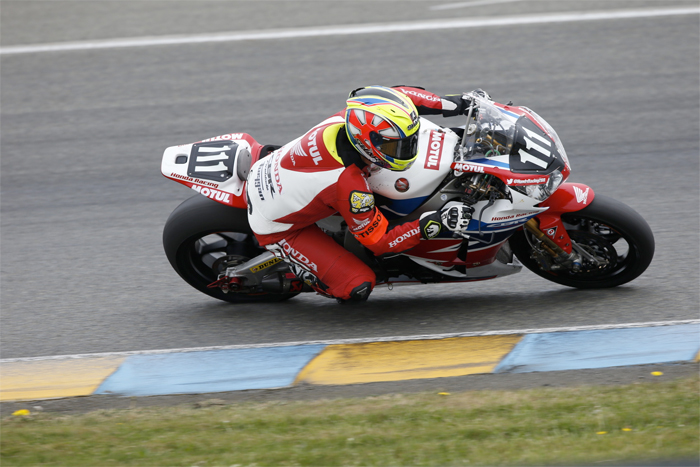 The Honda Endurance Racing Team has announced that Honda‰Ûªs endurance specialists Julien Da Costa, Freddy Foray and SÌ©bastien Gimbert will head to the Circuit de Barcelona in MontmelÌ_ to participate to the 24 hours of Catalunya on 11-12 July 2015.

This event is not part of the FIM Endurance World Championship calendar, but is an important opportunity for the whole team to take part in a real-life test with a 24-hour non-stop race.

As part of the team‰Ûªs testing strategy, this test will provide Honda Endurance Racing with valuable track time and the collection of important data on the Honda CBR1000RR Fireblade SP before the Bol d‰ÛªOr, which is also a 24-hour race run in similar conditions.

"Unfortunately during Le Mans 24 Hours race we had some issues with the bike and we still have a lot of work to do to try to eliminate those issues." Team manager Neil Tuxworth admitted. "The next race of the calendar is the Suzuka 8 Hours and it is important to get prepared before this race, which is one of the reasons why we have decided to compete in the 24 Hours of Barcelona.

"This race will give us the opportunity to test the modifications that we‰Ûªve made, and it is also important to highlight the fact that it is a good thing that we can compete against other teams and participate in an event that is heavily supported by Dunlop, that is one of our team‰Ûªs major sponsors."

"That is great news because it shows that everybody at Honda is really motivated." Team rider Freddy Foray Added. "For us this race won‰Ûªt count for the championship but we really need this test to get to know where we are with the development of the Honda CBR1000RR Fireblade SP, so this is very positive.

The 24 Horas de Catalunya de Motociclismo race takes place only two weeks ahead of the Suzuka 8 Hours and will give the riders a boost before heading to Japan for the second round of the Endurance World Championship on 26 July.