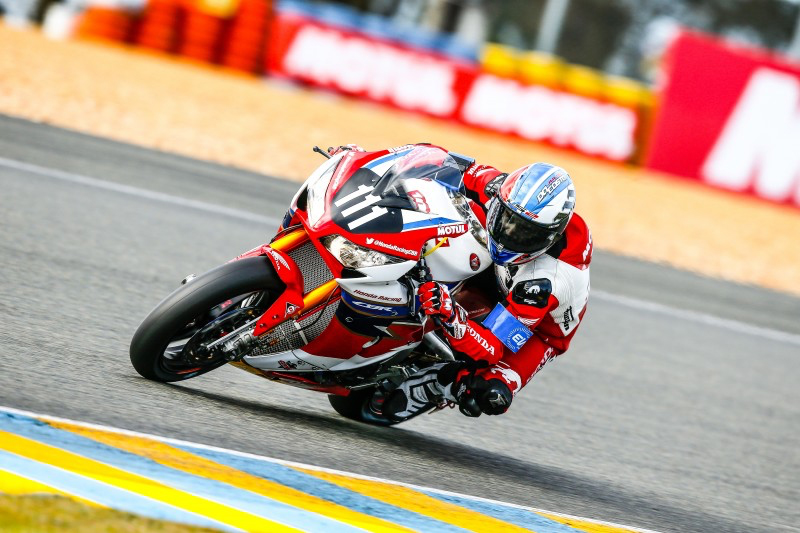 The Honda Endurance Racing team has arrived at PortimÌ£o‰Ûªs Autodromo Internacional Do Algarve, where the second round of the 2016 FIM Endurance World Championship takes place this weekend.

This is the first time the Portuguese track has hosted a round of the series and Honda‰Ûªs all-French trio of Freddy Foray, Julien Da Costa and SÌ©bastien Gimbert, all know the circuit well from previous racing experiences, as well as a recent private test for the Honda squad following the 24h of Le Mans.

The second round of the EWC championship will be contested over 12 hours with Foray, Da Costa and Gimbert ready to extract the most out of their Honda CBR1000RR Fireblade SP machine and the many sets of high-performing Dunlop tyres at their disposal.

"We‰Ûªre back in action at PortimÌ£o after Le Mans, which was a disappointing event, especially after running in second place for a long time." Assistant team manager Jonny Twelvetrees said. "Our performance, though, showed that we have the pace and that our team is definitely capable of great things.

"We had an encouraging test here after Le Mans: the riders have settled in well straight away and we worked closely with ÌÐhlins to optimise our set-up; we are now pushing forward to make good progress and be ready for the weekend.

"The conditions will be a lot different to April so it will be a matter of keeping the guys quick; it‰Ûªs 34 degrees here so we need to make sure the bike is perfectly set up for the long distance.

Action at PortimÌ£o will begin on Thursday (9 June) at 0900 with a two-hour free practice session, followed by the first qualifying session and then night practice. Qualifying two is scheduled for Friday morning with the 45-minute warm up from 1800 to 1845, while the 12-hour race will begin on Saturday at 0930am.