Honda Endurance Racing Ready to Head to the Bol d’Or 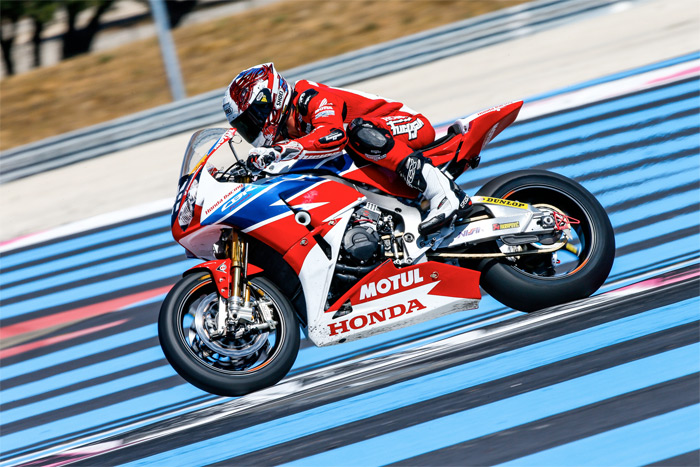 This weekend the final round of the 2015 Endurance World Championship takes place as the Bol d‰ÛªOr returns to the legendary 5.861km Paul Ricard circuit in southern France.

Honda‰Ûªs trio of endurance specialists Julien Da Costa, Freddy Foray and SÌ©bastien Gimbert will be looking to finish the season on a high aboard the Honda CBR1000RR Fireblade SP.

After an eventful race at the previous round at Oschersleben in Germany, the team took a solid fifth place finish and go to the rider‰Ûªs home round hoping for another solid finish, aided by the extra motivation the strong home support will bring.

"We‰Ûªve had two very good tests already at the Paul Ricard circuit this year with the team and we‰Ûªve collected a lot of very useful data and information." Team manager Neil Tuxworth explained. "From the tests we now know that we are very competitive for this event.

"We are certainly one of the teams that is capable of winning the Bol d‰ÛªOr and we now hope that this time we have luck on our side, and can win one of the endurance races this year."

The Paul Ricard circuit was the home of the Bol d‰ÛªOr for 22 years before the race was moved to Magny-Cours in 2000. All the teams will race for the first time on the entirely modernised and renovated track of the legendary Paul Ricard circuit, made famous by its internationally renowned 1.8 km Mistral straight.

Qualifying for the 79th Bol d‰ÛªOr takes place on Thursday and Friday, with the race starting at 15:00 (GMT+1) on Saturday 19 September.