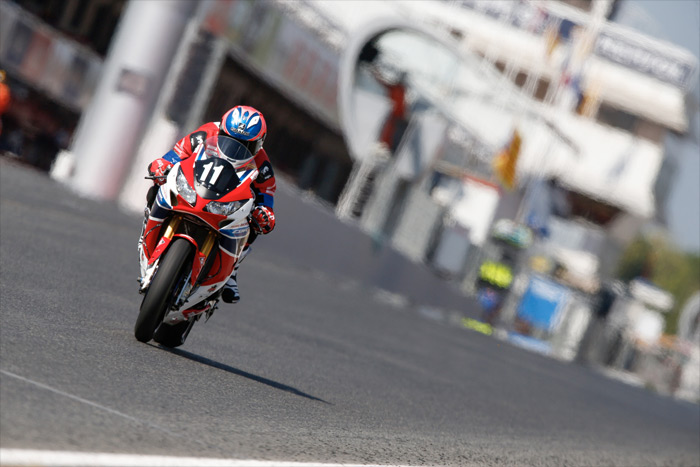 The Honda Endurance Racing Team has topped the time sheets during the free practice and the three qualifying sessions at the Circuit de Barcelona-Catalunya in MontmelÌ_.

With an average lap time of 1‰Ûª49.065 the Honda Endurance Racing team will start the 24 Hours of Catalunya from pole position.

"It is good to be on pole because we haven‰Ûªt had much track time, we didn‰Ûªt know the track very well and had no points of reference with the bike at all, but the whole team was very responsive." Gimbert commented. "I think that we‰Ûªll be able to improve our lap times again because we are still working on the setup of the bike.

"This circuit is really great and this race would deserve to be included in the Endurance World Championship because the organisation is perfect and very competent. Now I hope that we‰Ûªll be there at the finish line on Sunday afternoon."

Honda‰Ûªs endurance riders will make the most of their track time to test the Honda CBR1000RR Fireblade SP in the dark with the night practice session from 22:00 to 23:30, before the race start on Saturday at 15:00 local time.

Julien Da Costa, Freddy Foray and SÌ©bastien Gimbert are confident ahead of the start of the 24 Hours of Catalunya and will push as hard as they can to collect as much data as they can in real race conditions in order to prepare for the Suzuka 8 Hours.