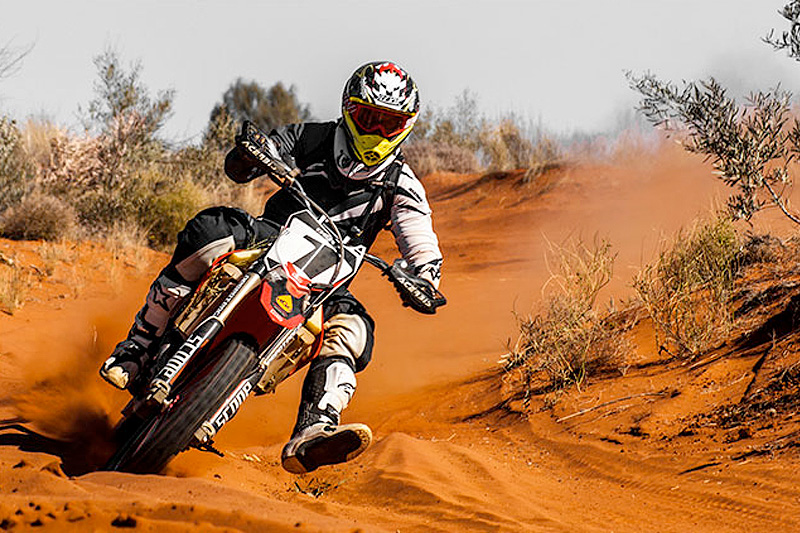 Honda Australia has offered its deepest condolences to Daymon Stokie‰Ûªs family and friends after his very tragic passing on Saturday, while competing in the Deep Well Enduro in Alice Springs.

Stokie was a member of the Desert Edge Honda Motorcycle Team (DERT) run by Michael Vroom from 2011, where he finished a very credible 12th outright in Finke and won his class on the CRF250R.

In 2012, he stepped up to the 450 and he finished 5th overall. His last ride for Honda at Finke in 2016 produced the fastest overall time for a 450cc class machine.

Daymon also took out the 2016 Baja title with Honda‰Ûªs Ox Motorsports team in the USA; an incredible achievement for a young Aussie who worked extremely hard throughout his entire riding career.

Michael Vroom had a close friendship with Daymon and shared some words, which we feel privileged to pass on:

‰ÛÏHe competed at every opportunity, including being a member of our 12 hour team in each of our 5 consecutive wins. He rode Motocross, Desert and Enduro. He rode because he loved it, the competition, the comradery, the training, and racing," Vroom said.

"I have seen him develop and mature immensely over that time and the move to a new team. It made me somewhat proud that our local boy was in demand from a National team. I also supported him in his efforts to go and race Baja and again his grit and determination was inspiring, he won that race and backed it up with a win at Finke in 2017, even with a hand injury that would force most out.

"The way he developed both personally and professionally hand in hand was inspiring and very apparent to me, I truly felt he became a better person with his achievements; he genuinely remained humble with his success and gave even more back to the sport and his supporters. His commitment to doing better in all these aspects never wavered, and I feel very proud to have been his friend.‰Û