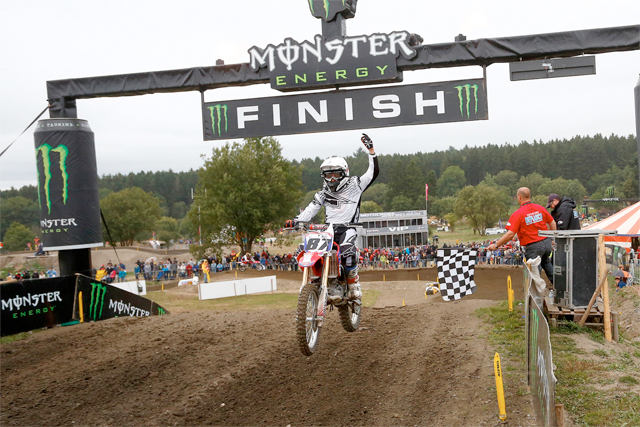 The Honda 150 Cup will be held over two rounds, the first on April 27 at Wonthaggi, Victoria and the second on August 31 at Coolum, Queensland, in an ongoing commitment to supporting upcoming rider talent

To make sure all riders planning on entering the two round series are on the best equipment possible Honda is ensuring all CRF150R/RBs purchased before March 31, 2014 are ready to race in the Honda 150 Cup by giving away $1000 of race gear, including an Arrow Muffler, Pirelli Front and Rear Tyres, a Polisport Plastic Kit and a Honda Oil Pack.

Plus, for all 2013 CRF150R/RB models only, Honda is offering an extra $100 Honda Dollars^. Honda Dollars can be used in store at the time of purchase. See your Honda Dealer today to take advantage of these exciting offers.

After a successful international Honda 150 Cup in 2013, a two round Australian series will be run in conjunction with the MX Nationals in 2014