Hollis Holds On For AORC Podium 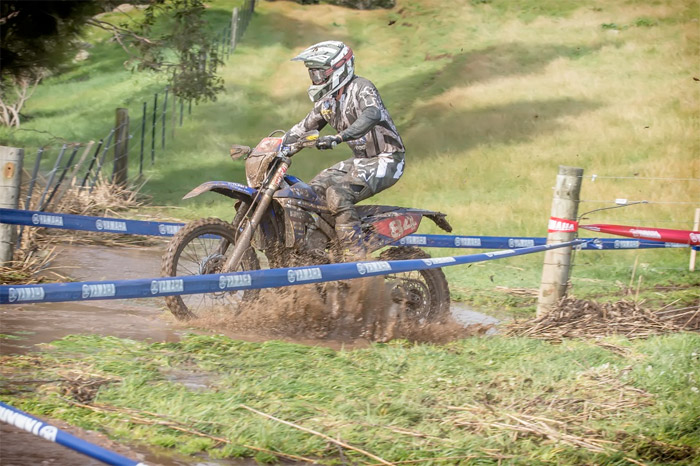 CDR Yamaha‰Ûªs Chris Hollis overcame atrocious conditions at the final two rounds of the Australian Off Road Championship to finish the prestigious two wheeled championship in third place outright on board his Yamaha WR450F.

Held in Penshurst, Victoria, huge amounts of rain in the area had turn creeks into rivers and paddocks into mud as event organisers did what they could to adapt to the wet conditions. Originally, Saturday was slated down for a Cross Country format but was changed to a more manageable Sprint race that saw competitors battle it out on a 13 minute a lap course full of mud, water and bog holes.

The experienced Hollis did what was required on the treacherous course to finish eighth outright on Saturday and fourth in the E2 (450cc) division to consolidate his position heading into the final round.

With the rain easing, conditions were much improved on Sunday and while still wet, riders found the going a little easier both on bikes and bodies. Hollis again put in another solid performance and in the process managed to lock down third outright and finish a very respectable second in the E2 class.

‰ÛÏThe last few rounds have been pretty tough with almost all of them mud,‰Û