Day two of the Polisport EnduroGP of Portugal was one for the Brits as Jamie McCanney (Yamaha), Steve Holcombe (Beta) and Brad Freeman (Beta) respectively topped the Enduro 2, EnduroGP and Enduro Junior podiums.

Another long, hot, dusty and demanding day in the saddle, there was plenty of drama with notable retirements in all classes.

Day two of the GP of Portugal was building towards a three-way fight in the EnduroGP class between eventual winner Steve Holcombe (Beta), Christophe Charlier (Husqvarna) and Nathan Watson (KTM). But on the second extreme test Watson‰Ûªs hopes of challenging for victory were ended when a broken gear lever left him stranded inside the extreme test.

Forced to fit a new lever, he lost precious minutes and ended the day 10th. Winning only two of the day‰Ûªs special tests, consistency paid off for Holcombe who completed a strong opening lap before claiming his third day win of the season and also extending his championship lead.

‰ÛÏI really wanted to have a good first lap today,‰Û 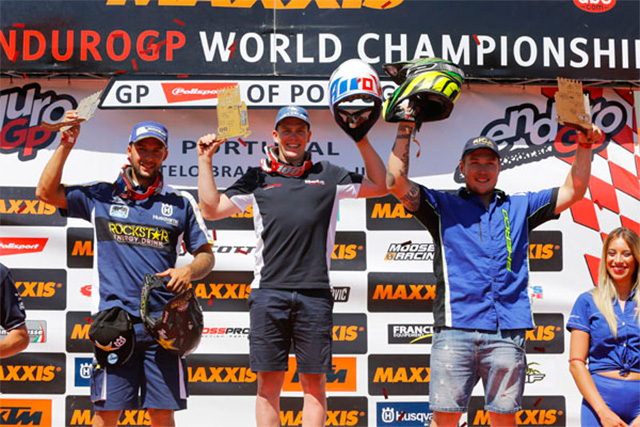 The EnduroGP podium. Steve Holcombe, Christophe Charlier and Matthew Phillips
Finishing as runner up to Holcombe, Christophe Charlier (Husqvarna) earned his best result of the season to date. Less than four seconds from the top step of the EnduroGP podium, Charlier, who returned to competition having ridden a bike just once in the past four weeks, managed to stay ahead of a hard-charging Matt Phillips (Sherco) who rounded out the podium in third. 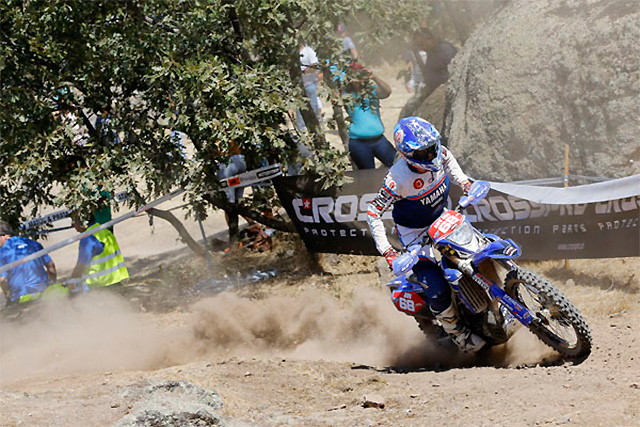 Jamie McCanney did the double in Enduro2.
Repeating his day one victory to close the gap at the head of the Enduro 2 class to just six points, Jamie McCanney (Yamaha) earned the first double class win of his career following a consistent day-long performance. Winning five of the day‰Ûªs tests yet taking things cautiously on the extreme test McCanney placed just under 12 seconds ahead of Garcia. 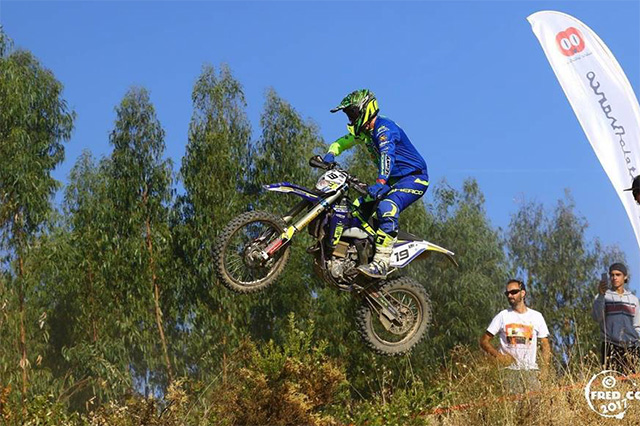 Aussie Matt Phillips made the podium on both days in EnduroGP. Credit: Sherco Racing
In the Enduro Junior class it was all-change at the top of the results as day one runner-up Mikael Persson (Yamaha) was forced to retire while Brad Freeman (Beta) replaced Albin Elowson (Husqvarna) as the day winner. Struggling during the opening day‰Ûªs competition due to a catalogue of errors on all special tests, on day two Freeman found his rhythm and eliminated the costly mistakes.

Battling with Elowson throughout the day, the duo were separated by just 11 seconds at the finish with placed Davide Soreca (Honda) a distant third.

‰ÛÏI‰Ûªm not at all pleased with the way I rode on the first day, but I am pleased that I was able to turn things around for day two,‰Û