Steve Holcombe (Beta) made a winning start at the FunnelWeb Filter GP of Great Britain where the EnduroGP World Championship leader claimed a commanding win at the end of the series‰Ûª first ever enduro sprint.

Placing 31 seconds ahead of runner-up Nathan Watson (KTM) and a further 12 seconds in front of third placed Christophe Charlier (Husqvarna), Steve also extended his championship lead and is now just seven points away from the 2017 EnduroGP title. In the Enduro 2 class Spain‰Ûªs Josep Garcia (KTM) claimed victory ahead of Eero Remes (TM) and Jamie McCanney (Yamaha). 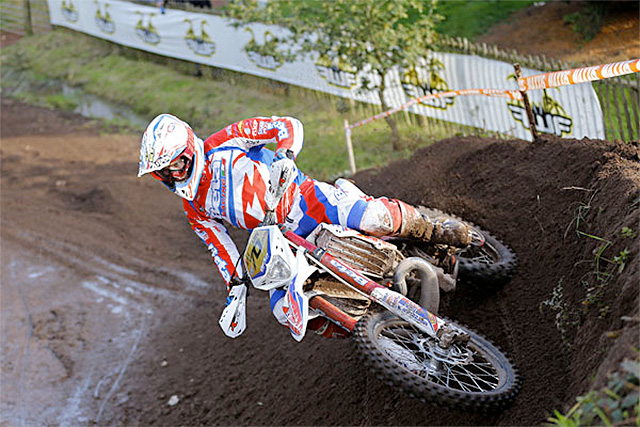 Brit Steve Holcombe on his way to the day 1 win in his home GP
Hitting the ground running, Steve Holcombe (Beta) dominated the six laps of the enduro test at the start of day one of the GP of Great Britain. Ending the first half of the day with a commanding lead, Steve then held his own on the six laps of the motocross test to earn a 31-second margin of victory in front of a delighted home crowd.

‰ÛÏIt‰Ûªs such a relief to have won the sprint enduro,‰Û 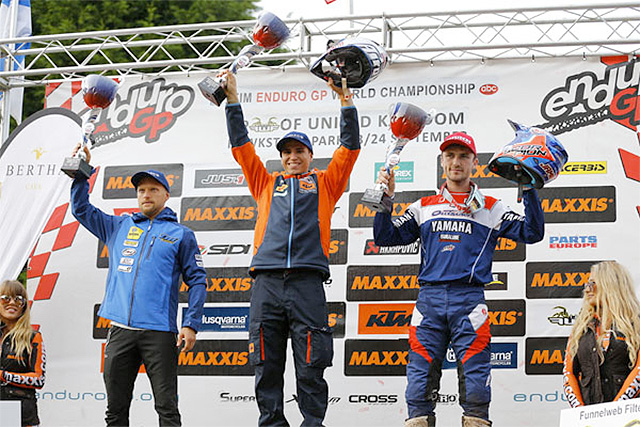 Josep Garcia topped the E2 podium on Day 1
Missing out on a podium result by just over one-second, Loic Larrieu (Yamaha) place fourth to end the day as the fastest rider on the 12th and final special test. More than one-minute behind Larrieu, Jaume Betriu (KTM) put in a strong performance to finish ahead of several factory-backed riders. Next up was Alex Salvini (Beta) with Matt Phillips (Sherco), Giacomo Redondi (Honda), Cristobal Guerrero (Yamaha) and Deny Philippaerts (Beta) rounding out the top 10.

In the Enduro 2 class three riders set wining times during the six enduro tests but it was championship leader Josep Garcia (KTM) who ended the day as the rider to beat. Placing an eventual 10 seconds ahead of Finn Eero Remes (TM) Garcia extended his championship lead with third on the day going to Jamie McCanney (Yamaha), who saw his chances of fighting for the win ended with one fall on the enduro test and a stalled engine on one of the motocross tests. 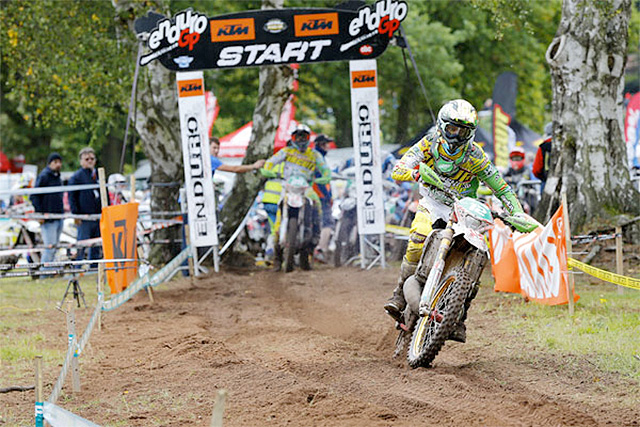 Brad Freeman was another home success in the Enduro Junior class
With Eero Remes (TM) ending the day as runner-up in Enduro 2, British rider Jamie McCanney (Yamaha) was one rider disappointed with his final result having had the speed to fight for the win. Falling once on the enduro test and stalling his bike once on the motocross test, Jamie ended the day 21 seconds behind Garcia in third.

‰ÛÏThird isn't too bad, but if I take away the time I lost on the enduro test in the morning and the motocross test in the afternoon I know I would have been right there with Garcia,‰Û 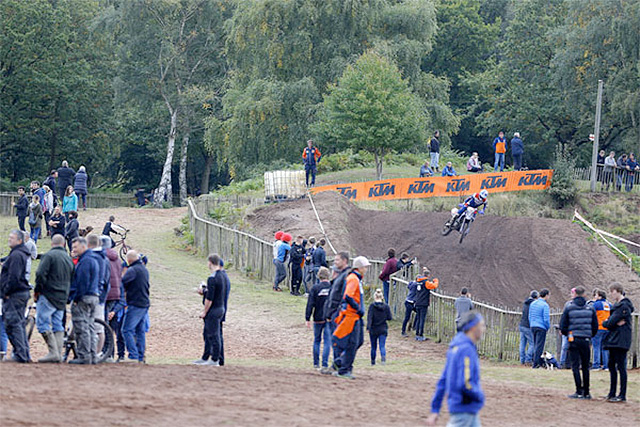