Hero MotoSports Team Rally back to business in Morocco 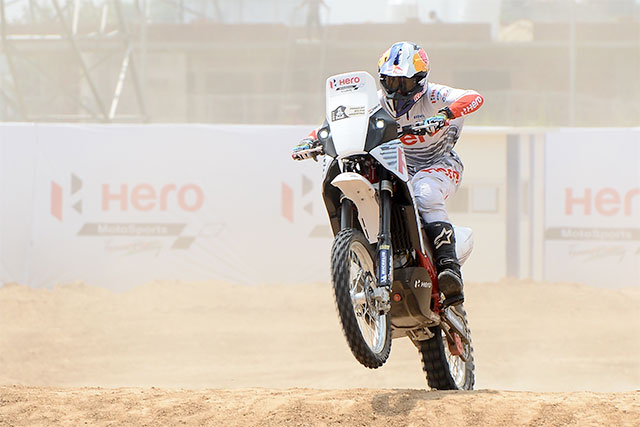 The rally season 2016 is in its closing stages with the grand finale being held in the coming days in Northern Africa.

Basically all top teams and riders have now gathered in Agadir for the prestigious OiLybia Rally Morocco, which traditionally draws the curtain of the FIM Cross Country Rally World Championship.

The Hero MotoSports Team Rally is eagerly awaiting their second outing on the international rally scene. Both team riders CS Santosh and Joaquim Rodrigues have tasted what the Moroccon desert is all about in May, now the OiLybia marks a final and crucial test before getting ready for the Rally Dakar.

The race begins with a very short super special stage on Sunday (2 October). But thatå«s not even a warm-up compared to the brutal five stages that follow throughout next week. Temperatures in Morocco are still above 30 degrees celcius at that time of the year. Most importantly though, the athletes will be facing 1.317 km of special stages racing against the clock. Add the distance of the various liason sections and the whole rally covers nearly 1.900 km. 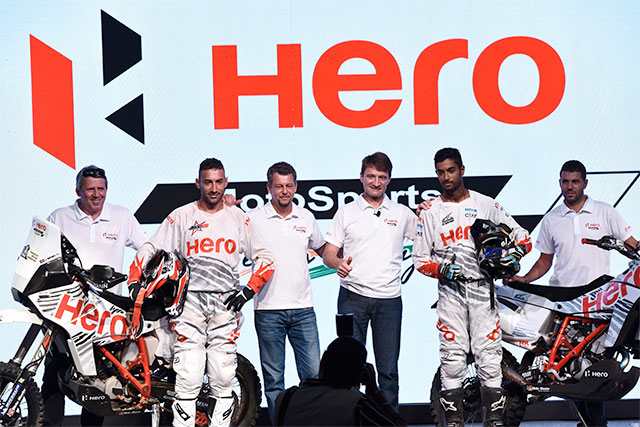 Hero MotoSports Team Rally back to business in Morocco
"The preparations have been really good," said CS Santosh. "I spent a lot of time in Spain riding the rally bike. All went well so far. Iå«ve been training with the Motocross bike and the bicycle also. I have a lot more confidence and Iå«m really looking forward to this last race of the world championship. Getting a good start into the rally will be important."

"It is going to be my second rally and Iå«m really excited," added Rodrigues, who has never competed before in a rally event of this scale. "Iå«ll try to learn as much as I can while looking towards the Dakar. This is a very strong competition here. Simply the best. I hope to perform well and leave with a good feeling."

CS Santosh and "J-Rod" Rodrigues are competing aboard an upgraded version of the successful and well-proven Speedbrain 450 rally bike. The riders are expected to cross the finish line around noon local time on Friday (7 October).