Herlings and Prado set the pace In MXGP of Indonesia Qualifying 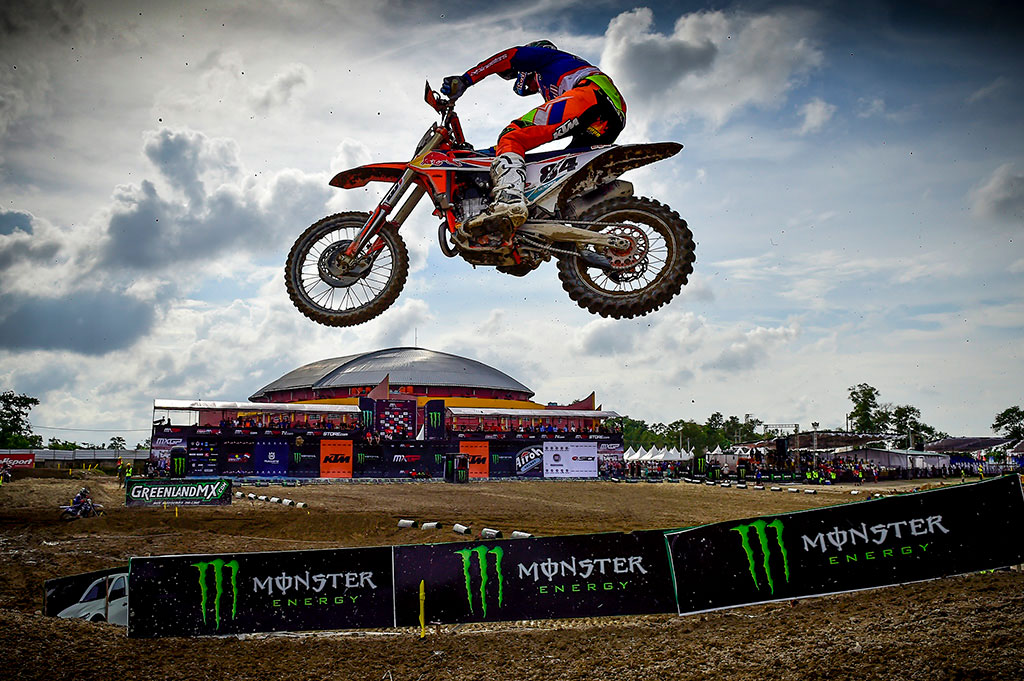 Jeffrey Herlings made an ominous return from injury nabbing the qualifying race win in MXGP. Photo: Youthstream
The 2018 MXGP of Indonesia is off to a roaring start with Red Bull KTM Factory Racing‰Ûªs Jeffrey Herlings and Jorge Prado leading the way.

The impressive return from injury of Herlings made it clear he is back and ready to fight for the win tomorrow.

Herlings took full advantage of the error from Cairoli and put in fast laps early to create a gap between himself and the rest of the field. First to make a pass was Gajser when he took 4th from Desalle. 2 laps later Coldenhoff was past Paulin and into 2nd but almost immediately after making the pass he lost the front end in a corner. Not only did Coldenhoff lose 2nd but he dropped all the way to 9th position. 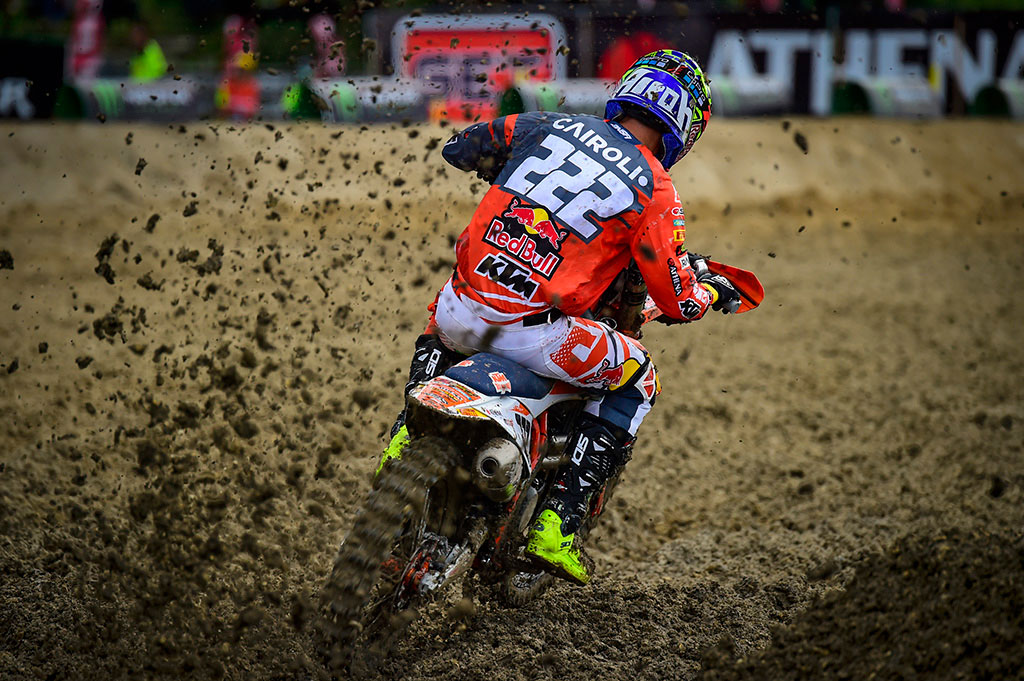 Antonio Cairoli was back to being bridesmaid, finishing runner up to Herlings in MXGP. Photo: Youthstream
The mistake from Coldenhoff moved everyone up a spot except Desalle who had just been passed by Cairoli. Cairoli was striving to get Gajser on the same lap but two turns before the finish his front end pushed through a rut throwing him off the side, Cairoli managed to keep the bike upright and running but he lost the spot, which he had just taken, back to Desalle.

On the next lap Gajser took second from Paulin while Cairoli charged past Desalle another time. Gajser only held 2nd for one lap before being passed by Paulin, Cairoli, and Desalle. The time around Cairoli took 2nd from Paulin and set the goal of closing the gap to Herlings.

Finding his way into the top 5 was Brit Max Anstie after fighting for the position with Gajser. Anstie also made a costly mistake falling and then rejoining the race back in 12th position. Monster Energy Yamaha Factory MXGP‰Ûªs Romain Febvre then took over 5th and held it to the finish. 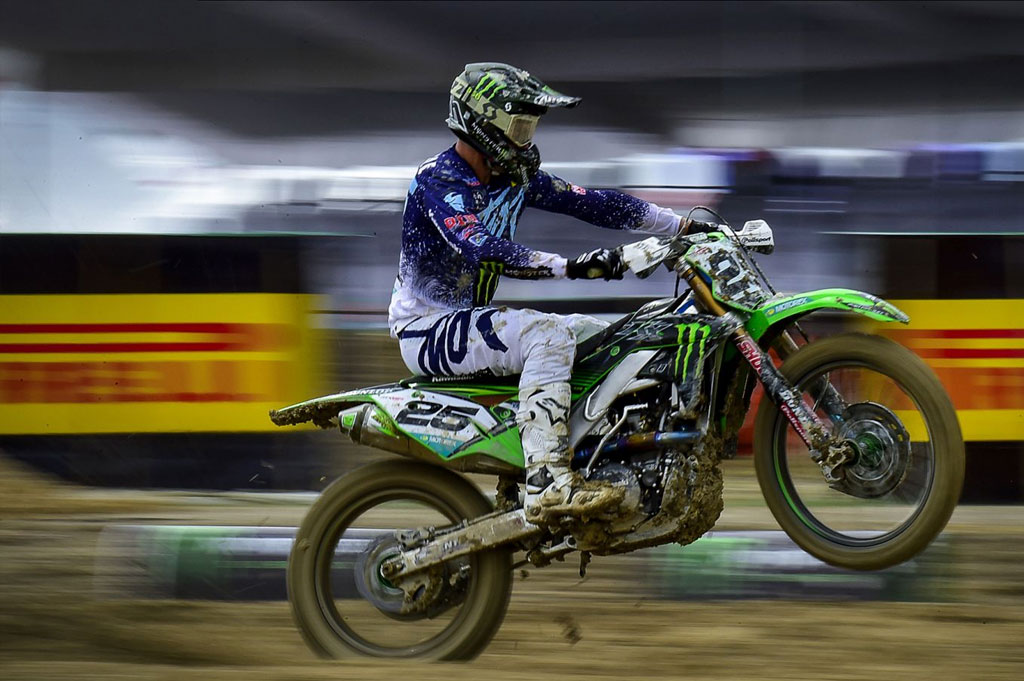 Belgian Clement Desalle impressed with third in MXGP. Photo: Youthstream
Across the line Herlings held on to win just 2 weeks after having surgery for his fractured collar bone. Cairoli did manage to close the gap but was still not close enough to make a pass attempt while Desalle took 3rd.

‰ÛÏDefinitely it was a good Qualifying race," Herlings said. "I haven‰Ûªt ridden in 17 days so in the Free Practice I was just doing lap after lap and every time I went out on the track I felt better and better.‰Û 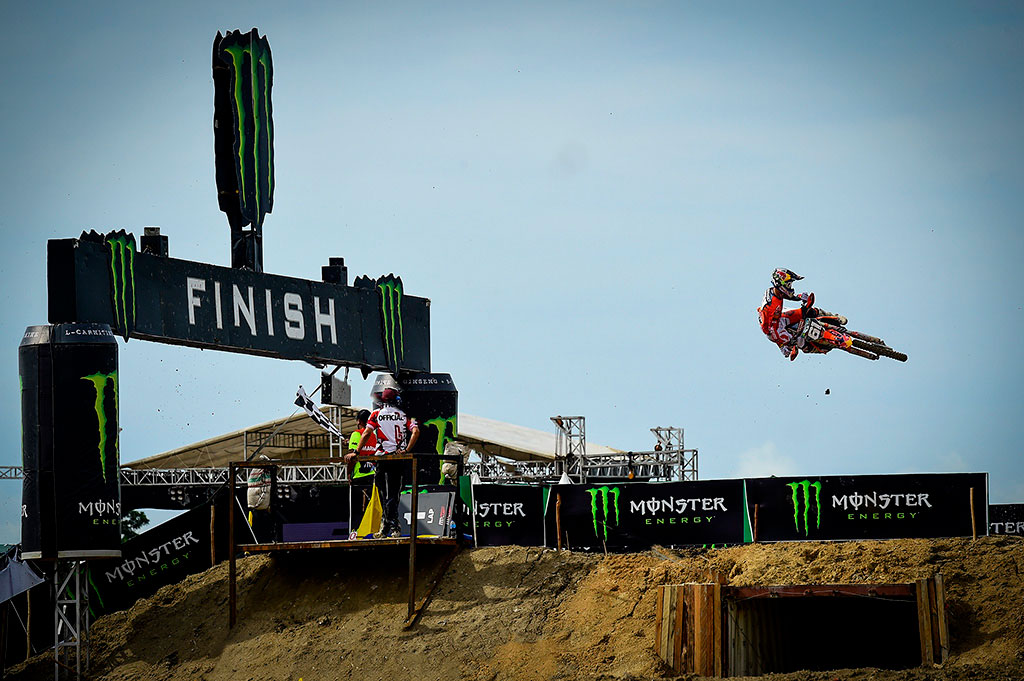 Jorge Prado goes into Indonesia full of confidence after gaining ground at the last round with a solid win, he started his weekend off in the best way with the MX2 Qualifying race win. Photo: Youthstream
MX2‰Ûªs title fight is just as tight as that of the MXGP class between Red Bull KTM Factory Racing‰Ûªs Pauls Jonass and Jorge Prado. The pair both have had strong seasons but both have struggled on occasion as well. Recently Prado has been the top performer and he again took the top spot today.

When the gate dropped it was another KTM that led the way however, the LRT KTM of Davy Pootjes. Pootjes had one of his best performances here last year in qualifying as well but today was shuffled back to 3rd after the first lap as Prado took the lead and Kemea Yamaha Official MX2 Team‰Ûªs Ben Watson into 2nd.

By lap 3 Jonass was in 3rd with the help of a mistake from Pootjes who had dropped to 10th. Jonass was however haunted by Thomas Kjer Olsen and Thomas Covington. The pressure from the pair of Husqvarna riders led to a mistake from Jonass letting both the Dane and the American by. 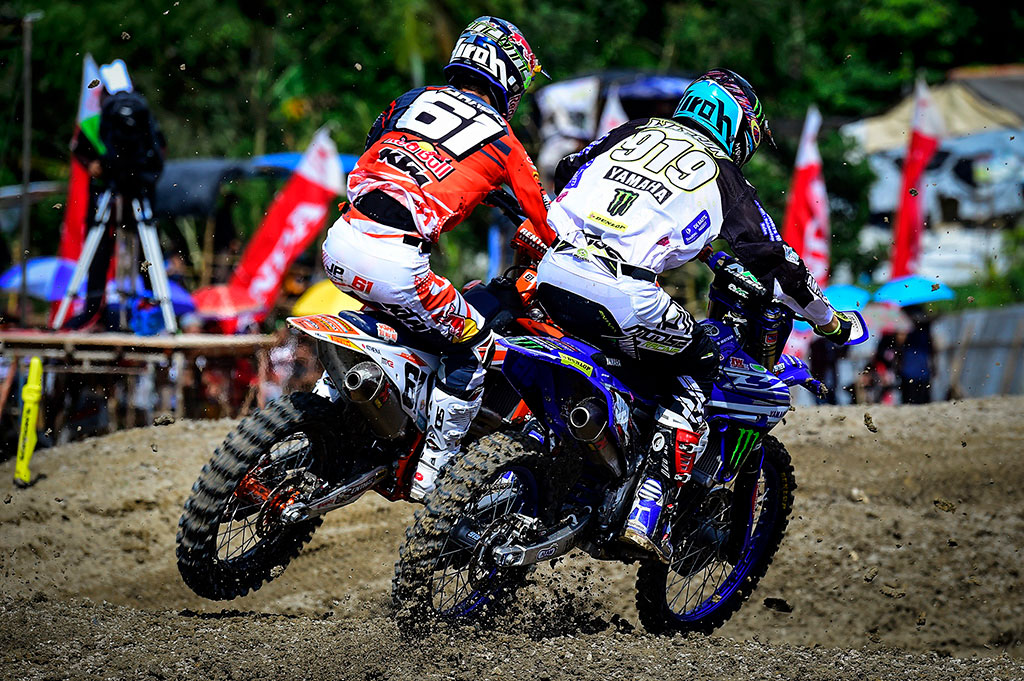 Yamaha's Ben Watson finished just over a second behind Prado. Credit: Youthstream
Jonass was able to get back going in 5th position with Team HRC‰Ûªs Calvin Vlaanderen giving chase. During the remaining laps of the race the battle for the lead intensified as Watson closed in on Prado. Watson looked for different lines to make up time or even make a pass.

With time running down Watson was right behind the Spaniard but never could make it into the lead. Across the finish line it was Prado with his 6th Qualifying race win of this season ahead of Watson, Olsen, Covington, and Jonass.

‰ÛÏThe Qualifying race went really well, I got a decent start and then made some quick passes on the first lap," Prado said. "I think I rode pretty good. There is just a couple of points which I can improve on tomorrow. I‰Ûªm really happy with my riding and the track was fun to ride.‰Û 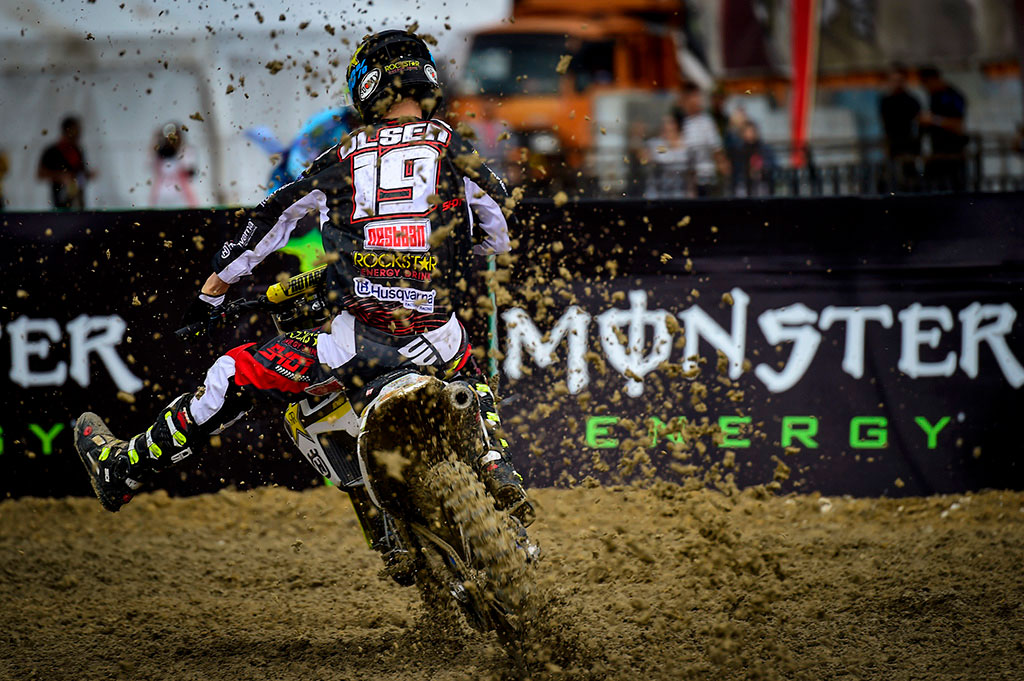