Herlings and Prado on Pole in Portugal 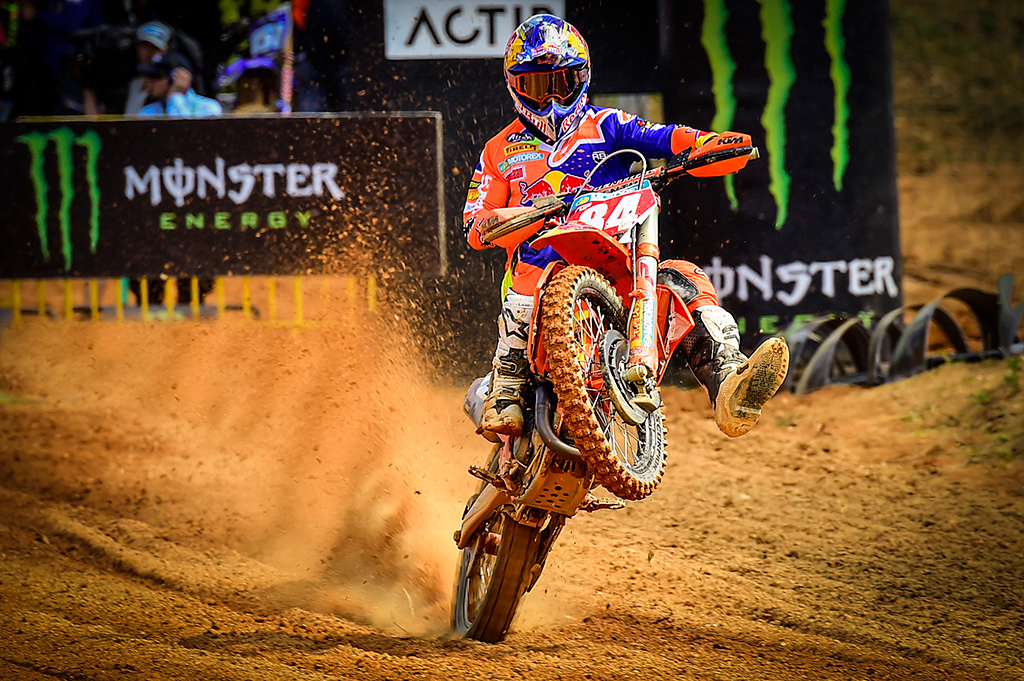 Jeffrey Herlings and Jorge Prado have taken pole for the second week in a row for MXGP of Portugal.

Just behind Cairoli and Herlings was Monster Energy Yamaha Factory MXGP‰Ûªs Romain Febvre and Team HRC‰Ûªs Tim Gajser. Both Febvre and Gajser latched onto the early speed of the two leaders eventually leaving Frenchman Clement Desalle to race in a lonely 5th.

Desalle‰Ûªs teammate, Julien Lieber, was the next rider and was first under pressure from Red Bull KTM Factory Racing‰Ûªs Glenn Coldenhoff and Gautier Paulin. Paulin found his way past Lieber on lap 7 just as Herlings took the lead from Cairoli.


The next lap Lieber crashed and dropped to 16th while Herlings started to pull away from Cairoli and Febvre started to catch the Sicilian. In the remaining laps Lieber only gained back to position to finish 14th but Cairoli put in a charge to catch Herlings.

At the finish line Herlings took the win 1.5 seconds over Cairoli, Febvre, Gajser, and Desalle.

‰ÛÏThe track was really good, one of the best conditions we have had all year," Herlings said. "So far here we have been good, we have been fastest in practice and time qualifying then won the race so looking forward to tomorrow and can‰Ûªt wait to go racing.‰Û 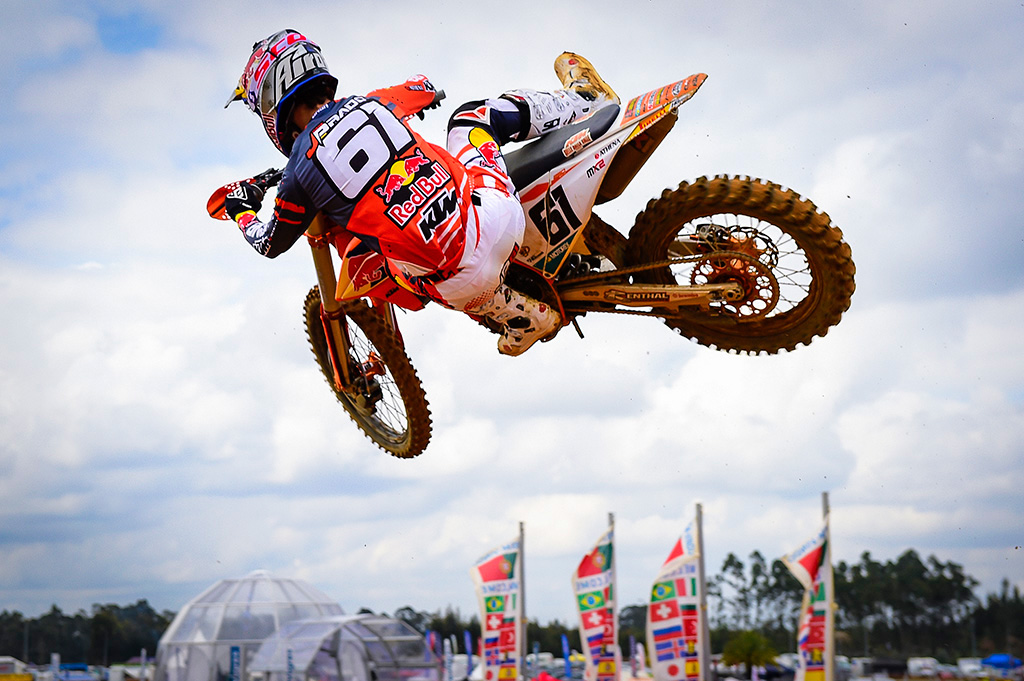 For the second week in a row, Jorge Prado took the win in the MX2 qualifying race. Photo: Youthstream
Red Bull KTM Factory Racing has been on a roll in both of the MXGP and MX2 classes so far in 2018 and today was no exception. The MX2 Qualifying Race resulted in another race win for the team with Jorge Prado taking the lead and holding it until the finish.

Aside from the dominant win from Prado other young riders impressed such as Team HRC‰Ûªs Calvin Vlaanderen. Vlaanderen split the Red Bull KTM‰Ûªs of Prado and Pauls Jonass in second the first lap and a half before a mistake from Jonass 2 laps later repositioned the #10 into 2nd.

Jonass remounted his KTM in 5th not only allowing Vlaanderen through but also F&H Kawasaki‰Ûªs Jed Beaton and Thomas Kjer Olsen. Beaton‰Ûªs F&H Teammates, Ruben Fernandez and Adam Sterry also ran up front on the first laps but crashes from both took them well outside the top ten.

6 laps in to the race Olsen passed Beaton for third and then the following lap Vlaanderen for second. Also passing Vlaanderen was Beaton, then Jonass, and later Kemea Yamaha Yamalube Official MX team‰Ûªs Ben Watson. Across the finish first was Prado then Olsen, Beaton, Jonass, and Watson.

‰ÛÏThis weekend started pretty good, the same as last weekend," Prado said. "I‰Ûªm happy, I got a good start, made a gap, and kept it to the end so I‰Ûªm really happy with the race.‰Û 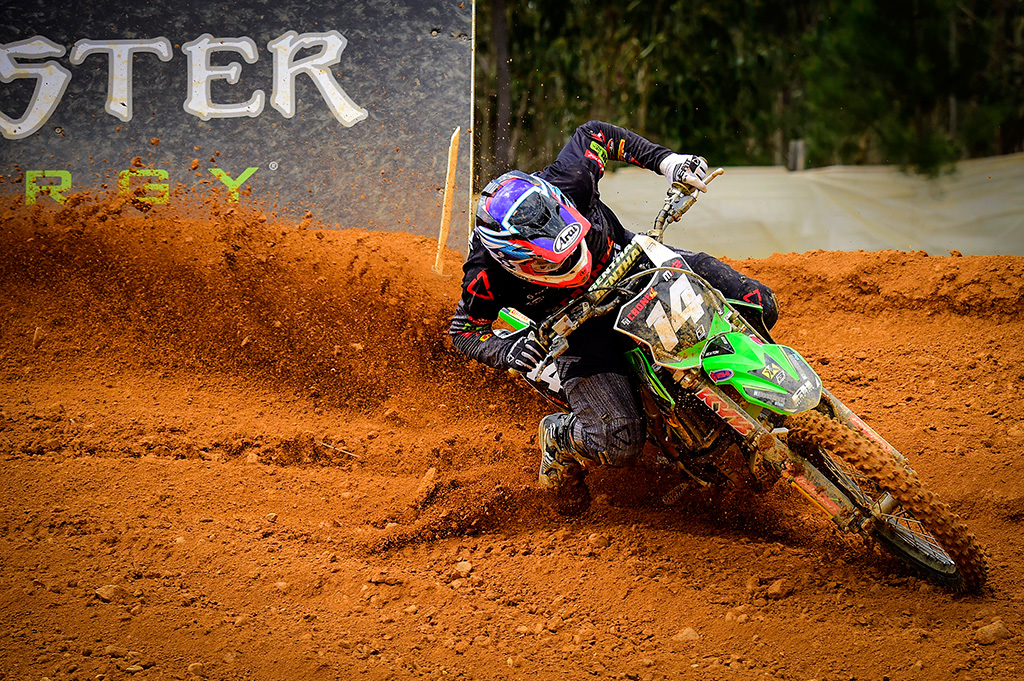 The Australian rode a superb opening lap to emerge in fifth place and continued to advance strongly within the lead group to third place after four laps; he maintained his speed to the end of the race to finish just five seconds behind the race-long winner. With third choice of gate for both GP motos he has every chance of a podium finish in the GP.

"Today was a good day," Beaton said. "I didn‰Ûªt get the best start but after two turns I managed to come inside the top ten and then I worked to pass several riders to finish third. It was a good race and I have a good gate pick for tomorrow so I‰Ûªm looking forward to it; let‰Ûªs hope that the weather will stay decent tonight to preserve the track."