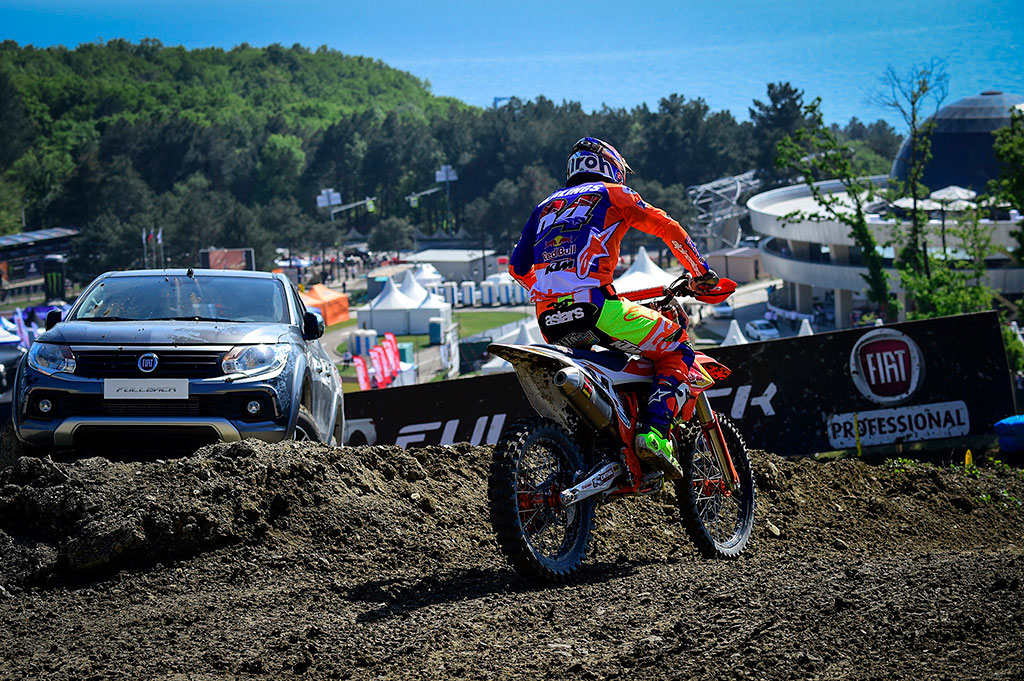 Red Bull KTM Factory Racing‰Ûªs Jeffrey Herlings continued his MX1 qualifying domination in Russia. Photo: Youthstream
The 2018 MXGP of Russia has seen its first day of racing at the Orlyonok circuit where the beautiful weather matched up with a perfect location for the event, just above the beaches of the Black Sea.

At the drop of the MXGP starting gate Team HRC‰Ûªs Tim Gajser looked like he would have a great start just behind Red Bull KTM Factory Racing‰Ûªs Jeffrey Herlings and Monster Energy Yamaha Factory MXGP‰Ûªs Romain Febvre. Gajser however ended up clipping the back of Herlings which sent the Slovenian to the dirt. Herlings was thrown off by the contact allowing Febvre to take the holeshot.

Meanwhile Desalle teammate, Julien Lieber was back in 17th. In the next laps Red Bull KTM Factory Racing‰Ûªs Antonio Cairoli moved into fifth with a move on Nagl.

In the second half of the race Nagl battled with Wilvo Yamaha MXGP‰Ûªs Jeremy Seewer but then both were passed by a charging Julien Lieber. The early leader, Febvre fell twice during the race sending him back to 12th where he would only gain back one position.

Back at the front Herlings found his way past Van Horebeek for the lead and Cairoli passed Desalle for third. Cairoli made a mistake in front of Desalle causing the Kawasaki rider to miss his line and allow his teammate, Lieber, into fourth.

Only moments later Cairoli lost the front end whilst closing in on Van Horebeek. The mistake allowed Lieber into third while Herlings took the win. Van Horebeek finished second ahead of the career best MXGP qualifying result from Lieber that made impressive passes finishing in third.

For Jeffrey Herlings it all seems to be clicking as the championship leader notched up another qualifying race win.

‰ÛÏI had a long trip to get here but I made it just in time, in the time practice I struggled a bit as these guys were warming up in the morning while I was traveling," Herlings said. "I still managed to get second in the time practice and I won the Qualifying, thus I eventually had a good day, so I hope to have also a good night of sleep and looking forward to tomorrow. Here the track is pretty fast and starts are the main thing, if you have a good start you can fight for the win and have good results.‰Û 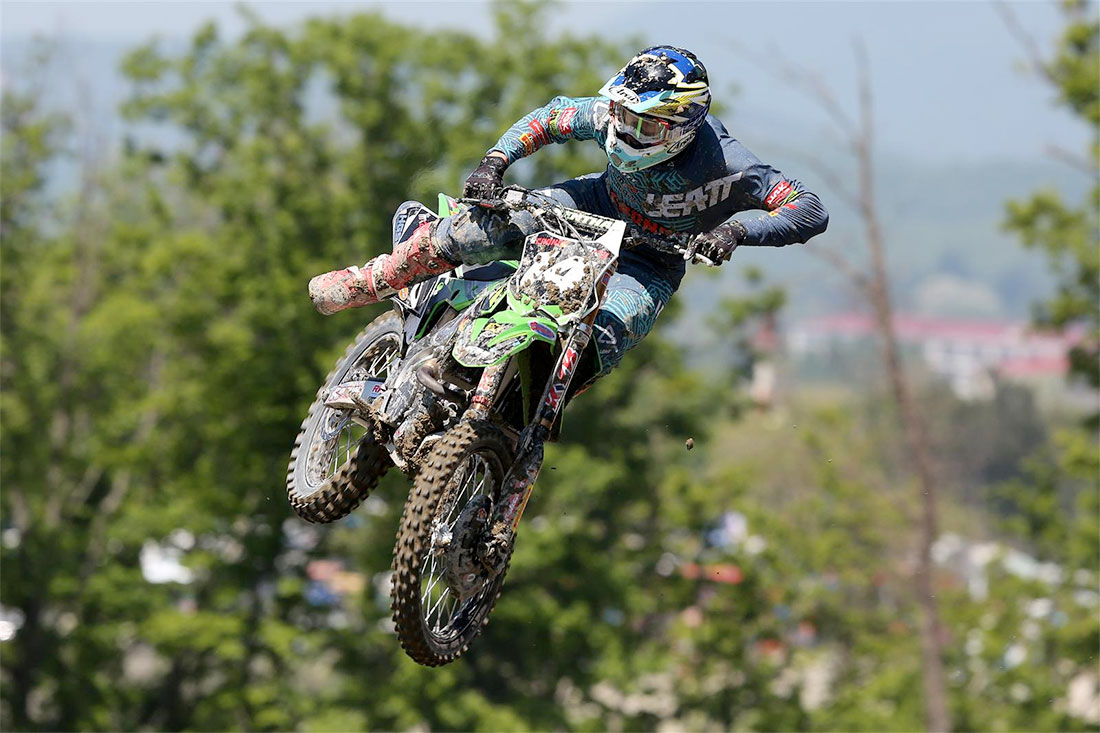 Aussie Jed Beaton was running fifth in MX2 qualifying until a small crash dropped him back to ninth.
MX2 Qualifying kicked off with a Holeshot from Red KTM Factory Racing‰Ûªs Pauls Jonass who was closely followed by the other Red Bull KTM of Jorge Prado. Thomas Kjer Olsen and Thomas Covington started 3rd and 4th but Covington was quickly moved back by Kemea Yamaha Official MX2 Team‰Ûªs Jago Geerts, Team HRC‰Ûªs Calvin Vlaanderen, and the F&H Racing Team Kawasaki‰Ûªs of Jed Beaton and Adam Sterry.

Vlaanderen took over 4th from Geerts early in the race and set his sights on Olsen in third. Not long after Beaton also found his way past the Yamaha of Geerts. Olsen then fell at the end of the roller section and rejoined the race in 10th.

Jed Beaton also crashed and lost positions to many riders including Kemea Yamaha Official MX2‰Ûªs Vsevolod Brylyakov. Both Olsen and Beaton finished the race in the same position as when the rejoined in 10th and 9th respectively.

Brylyakov moved his way into 4th in front of the home fans while Jonass minded his lead ahead of Prado. At the finish line Jonass took the qualifying win 6.5 seconds ahead of Prado with Vlaanderen 3rd. Brylyakov‰Ûªs 4th was his best qualifying result of the season which positions him well for his first ever home GP tomorrow.

Pauls Jonass in the qualifying press conferene said: ‰ÛÏI struggled a bit in the last races but in the past 2 weeks I worked a lot and I‰Ûªve started to feel good. As Jeffrey has said starts are really important here so I hope to have 2 good starts tomorrow and fight for the win. I feel it‰Ûªs been a long time since I‰Ûªm not on the top of the podium so it would be nice to get a GP win but my goal is to ride 2 consistence races, not make mistakes and stay healthy because the season is long and for sure I want to bring the number 1 plate into my home GP.‰Û