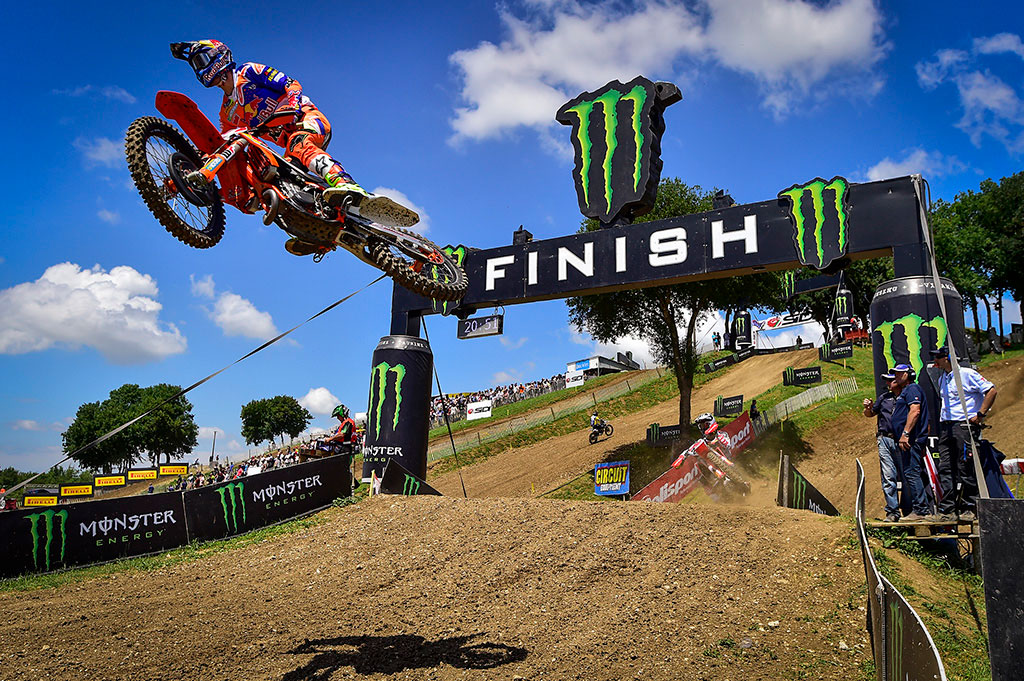 Jeffrey Herlings has once again reigned supreme in qualifying for the MXGP of France while in MX2 Thomas Covington broke the KTM stranglehold to finish on top at Saint Jean D'Angely in France overnight.

Aside from the amazing riding from the two winners the event itself was full of amazing fans who filled the French hillside to watch round 10 of the FIM Motocros World Championship Qualifying actions. The weather was predicted to rain but the mother nature instead provided sunshine and blue skies along with warm temperatures. The redesigned track and its conditions where in top shape with deep lines and technical sections challenging the top riders.

MXGP‰Ûªs Qualifying Race hosted another dominating performance from Red Bull KTM Factory Racing‰Ûªs Jeffrey Herlings. Choosing to line up on the furthest inside gate, after scoring the fastest lap time in both Free and Time Practice, Herlings took the holeshot and set sail. Herlings led every lap of the 13 recorded and won by 17.9 seconds.


Though Herlings was on his own the battle for 2nd was on between 4 of the best riders in the world championship. Leading the group of 4 was Gautier Paulin. Paulin was massively improved after today compared to a week ago. With the roar of the French crowd behind him Paulin managed a small cushion between himself and those giving chase.

First of the riders in pursuit was Team HRC‰Ûªs Tim Gajser but just behind him was the former world champion and French fan favorite, Monster Energy Yamaha Factory MXGP‰Ûªs Romain Febvre. Febvre, with the added pressure of Red Bull KTM Factory Racing‰Ûªs Antonio Cairoli giving chase, pushed his way past Gajser on lap 9 after great battles.

Cairoli, who had a collision between himself and Clement Desalle followed the moves of Febvre to take another position from Gajser on the following lap. Desalle eventually finished the MXGP Qualifying race in 19th. 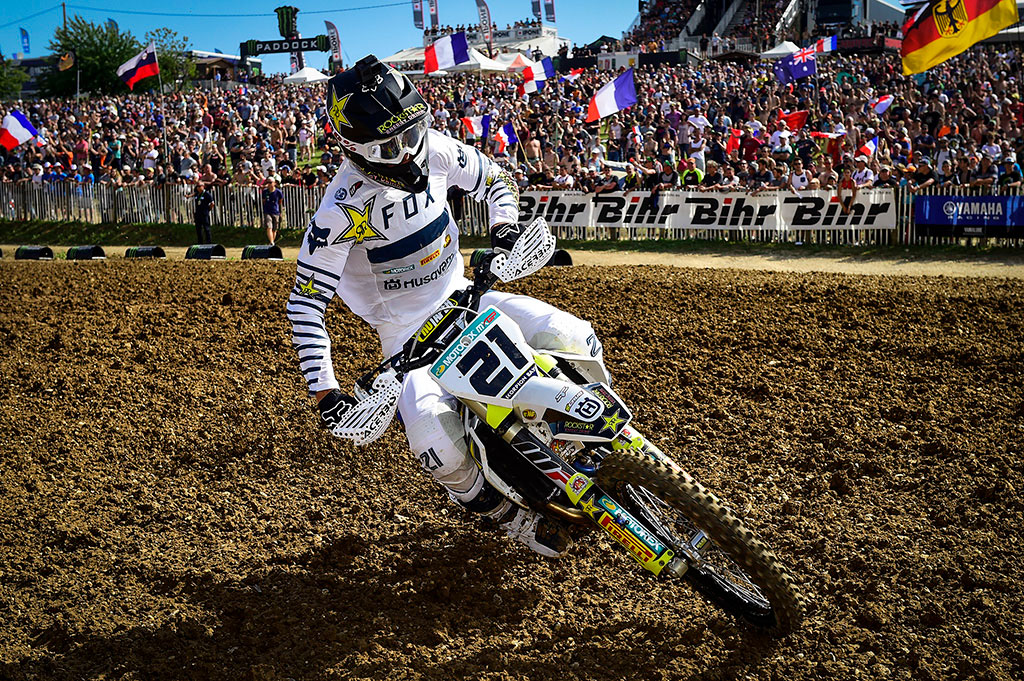 Gautier Paulin
Cairoli would however take third from Febvre on the final lap and close onto the back wheel of Paulin at the finish. Also having a strong Qualifying race was BOS GP‰Ûªs Evgeny Bobryshev with a 6th place.

"The main focus is the start for tomorrow and luckily we got it all dialed in today," Herlings said. "Tomorrow we are going to go out, do our best, and like I said focus on the start and work from there.‰Û 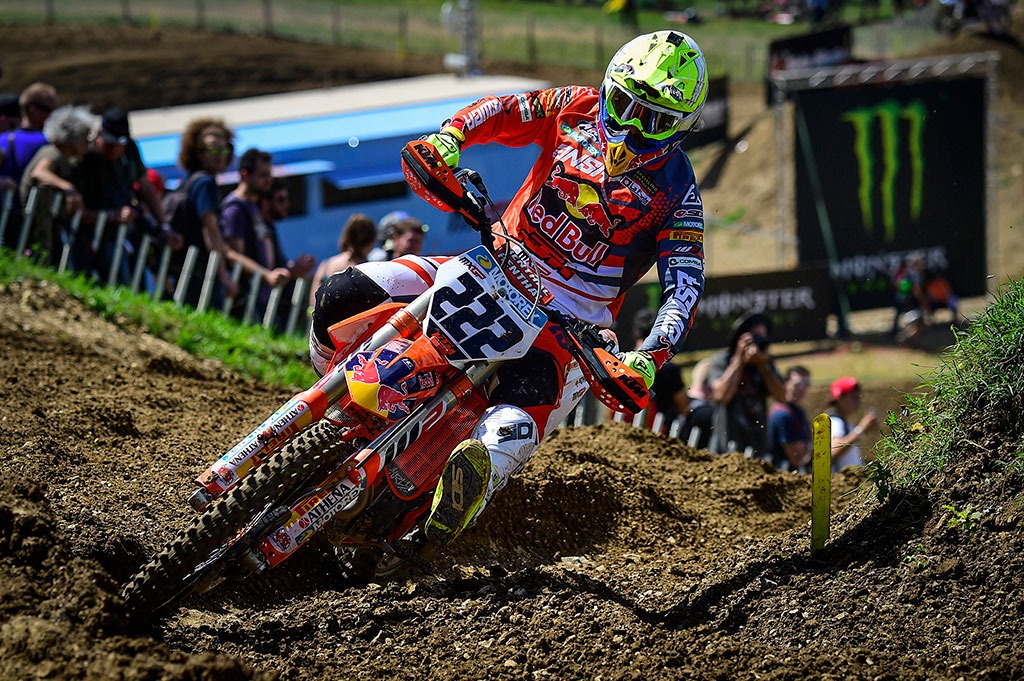 Antonio Cairoli
French rider Marchetti Racing Team KTM‰Ûªs Benoit Paturel managed to finish qualifying in 15th position to which he said: ‰ÛÏI feel ok this week, not perfect but I will do my best tomorrow. It is an amazing GP in front of the home crowd, it was a good memory for me in 2016 in MX2 where I finished second after Jeffrey. I am excited to ride tomorrow and I hope to get my best result.‰Û 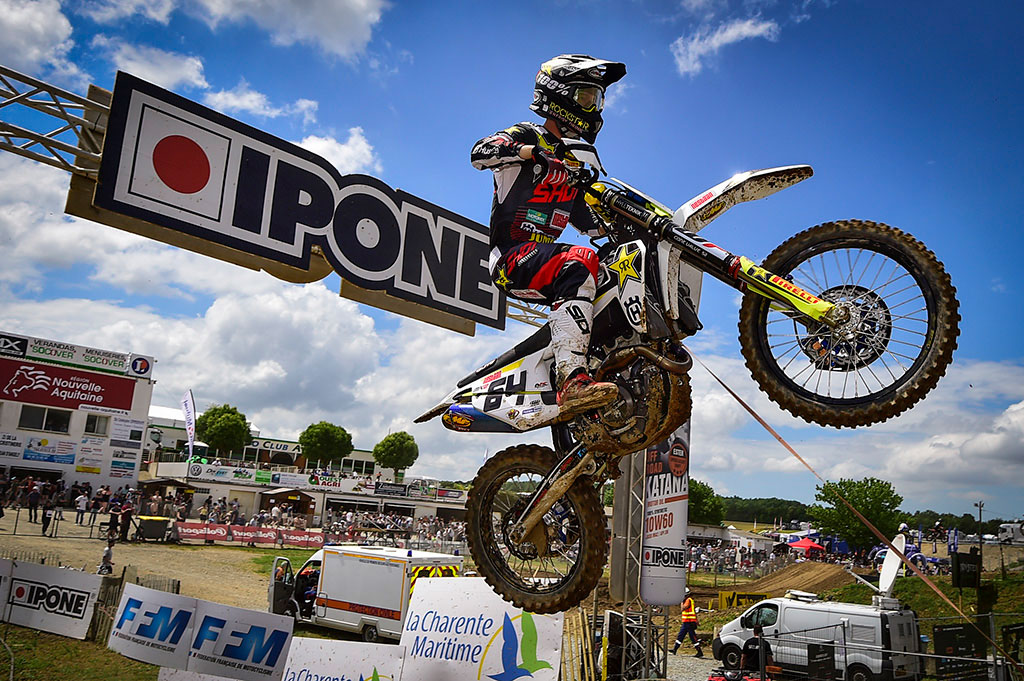 Thomas Covington
Leading on from the end of the first lap was Red Bull KTM Factory Racing‰Ûªs Jorge Prado. Prado, now known for his strong starting ability, was just alongside Jacobi in the first turn but Jacobi‰Ûªs line uphill prevailed at first.

Among the most notable action on the start was the 3 rider crash involving Thomas Kjer Olsen, Kemea Yamaha Official MX2‰Ûªs Ben Watson, and LRT KTM‰Ûªs Davy Pootjes. All three took a minute to go again but each rejoined the racing and came through the pack. Olsen recovered to 13th, Watson to 12th, and Pootjes to 20th after another scare on lap 10 cost him a handful of positions.

Back at the front Red Bull KTM Factory Racing‰Ûªs Pauls Jonass was giving chase to Covington who in turn was looking for a way around Prado. On lap 7, just before coming down the middle section of the track, Covington took the lead from Prado and by the bottom of the hill Jonass was around his teammate also. 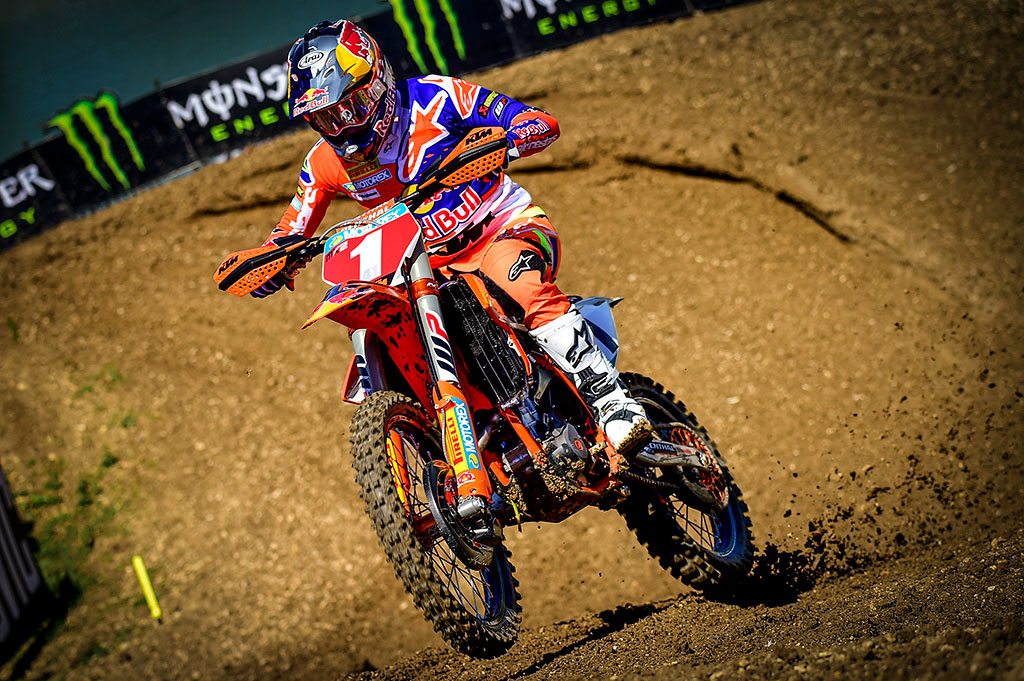 Pauls Jonass
The remaining 6 laps Jonass chased Covington and even made some stabs at the leader but none were successful. Across the finish line it was Covington from Jonass, Prado, Jacobi, and Hitachi KTM UK‰Ûªs Conrad Mewse who made a last lap turn pass on Team Diga Procross‰Ûª Iker Larranaga for 5th.

"I just really have to focus on my start tomorrow like Jeffrey said and we worked really hard this week to try and improve the bike off the gate, we have just really been working on starts this week and I think it is going to show," Covington said.

After a few weeks of injury Australian Hunter Lawrence was back in the top ten finishing in 9th place and a decent gate pick for tomorrows race. 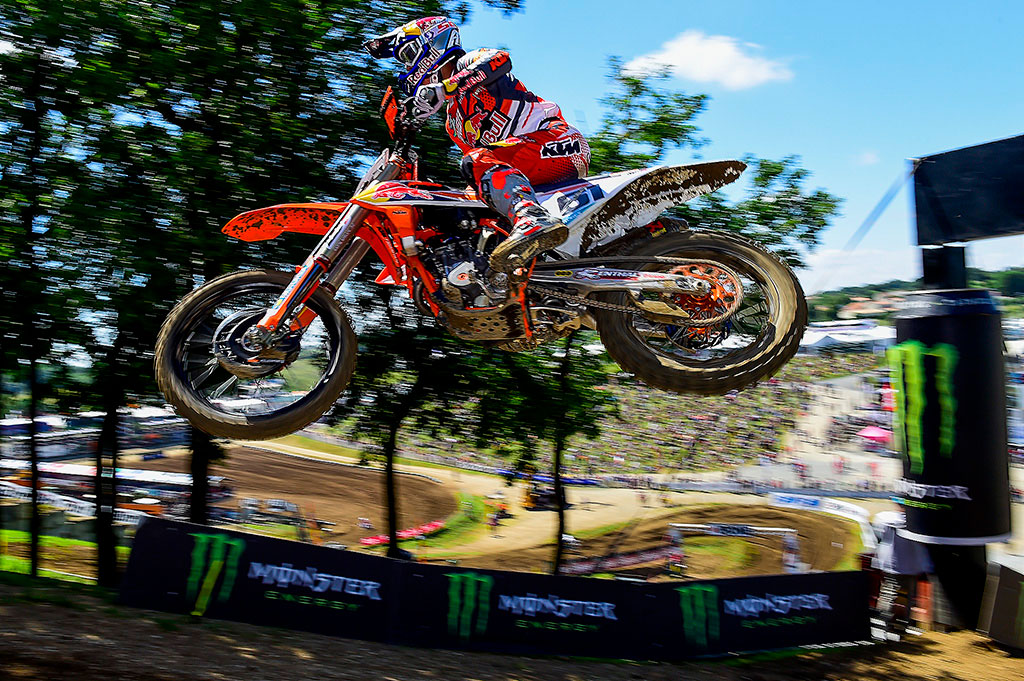